1.) You often wake up from a fugue state with fractured memories of swimming deep under the icy waves of the Atlantic and planting explosive devices on American nuclear submarines before making your harrowing escape on the back of a sea lion. This is a pretty significant tell. You’re definitely some kind of sleeper agent!

2.) You love the color red. Your bed sheets are red. Your favorite shirt is red. Even the great, honorable hammer & sickle flag of the Soviet Union that flies out in front of your house is red. These are all signs that you are definitely a Russian spy—better flee the country before you are outed by CNN!

3.) You’re constantly running into Vladimir Putin. Sure, we’ve all bumped into the Russian President now and again. But if you run into him once too often—while grabbing your morning coffee, as you board the subway, while you’re being debriefed from a classified mission in which you hacked into government mainframes to influence the election in favor of political name—there’s a slight chance you could be an intelligence agent in service of the Kremlin.

4.) You occasionally find yourself uncontrollably screaming, “WORKERS OF THE WORLD, UNITE!” This is often one of the most common signs that you’re a brainwashed Russian robot and have been for decades, and you’re ready to be activated at a moment’s notice to do Putin’s dirty work and meddle in U.S. affairs. You may yell this slogan in the middle of the night, while you’re ordering Okroshka at your favorite ethnic restaurant, or as you infiltrate a top-secret U.S. military installation in order to sabotage the capitalist pigs’ nuclear weapons.

5.) You sometimes approve of President political name’s policies. If you have the slightest feelings of admiration for The Donald, or even occasionally approve of one of his policies even if you’re not a big fan of the man himself, there’s a very good chance you have ties to Russia. Studies show that almost 97% of U.S. citizens who voted against Hillary Clinton in the 2016 election were actually rogue sleeper agents taking orders directly from Moscow.

If you can relate to any of the above signs, or if they even sound cool to you, then you definitely might be a Russian spy. If you find yourself exhibiting any of these symptoms, don’t wait: get yourself checked out today.

dated a young lady from a college town bar 48 yrs ago and she would leave a red ring on tubalar appendages and at first I thought it was red lipstick leftover .. nope .. she had actually put a hickey on my dickie .. I really loved that ringer
R

patwi said:
dated a young lady from a college town bar 48 yrs ago and she would leave a red ring on tubalar appendages and at first I thought it was red lipstick leftover .. nope .. she had actually put a hickey on my dickie .. I really loved that ringer
Click to expand...

A whole new meaning
From Russia with Love LOL 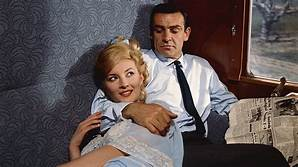 ......if you throw away the cap when opening a bottle of vodka and exclaim: "Won't be needing that anymore." (Like pelosi)

let me tell ya all something and I said this over two years ago if not longer :

if things keep getting worse in America , and it will get worse , make no mistake about it , this place will turn into a s h I t hole 3rd world country

there is still money in America but the health care system sucks balls , same with our education standards , we are being raped of our wealth through illegal,tax schemes and the list of what’s wrong in America is growing by the day

End of Rant.
You must log in or register to reply here.

Why is political name targeting medical marijuana in an election year?
2