Medical marijuana users are accustomed to the munchies sending them on a hunt for food. Now they have a place where giving their food away can score them some pot.

For the second year in a row, one California medical marijuana dispensary is doing its part to feed the hungry by offering their patients a trade: one free joint for every six cans of donated food.

"We're in a really controversial industry, and we wanted to show that we're here for good," says Nancy Black, sales manager at the Granny Purps dispensary in Soquel, Calif.

The dispensary is running its unique food drive for the second year in a row, trading joints -- Black calls them "pre-rolls"-- for donated food.

There is no limit to the number of free joints a single customer can receive.

"We've given away 50, 60, pre-rolls at a time to one person for the amount of cans they've brought in," Black said.

The response has been huge. The dispensary collected more than 12,000 pounds of food last year and gave away about 2,000 joints. This year, they've collected nearly 5,000 pounds since early November.

The food-for-pot exchange not only helps feed the hungry, Black says. Patients also benefit by getting the marijuana they need without paying the usual $10 per joint.

"It helps feed tons of people and it helps people who sometimes can't get their medication on their own," Black says. "People have to pay out of pocket for all of their medicine."

Granny Purps conceived the food drive as a way to burnish the image of an industry that operates within a legal quagmire. Sixteen states and the District of Columbia have passed laws allowing people to use marijuana for medical purposes, but the federal government still considers it illegal.

That legal gray area, as well as the stigma of stoner culture, has made some organizations reluctant to take food donations from medical marijuana purveyors. Black says that after delivering 12,000 pounds of food to a local food bank last year, Granny Purps was told that they'd have to find somewhere else to donate it.

"They asked that we not participate with them again next year," Black said. "We all were quite hurt by it."

Undeterred, Black soon discovered another local food bank that was more than willing to have the donated food.

Lovelace, no relation to the former porn-movie actress, says her organization feeds about 1,200 people a month. In tough times, she says, any stigma of teaming with a medical marijuana dispensary is outweighed by the overwhelming need to feed hungry people.

"The demand is so high that the food is coming in one door and going out the other as fast as it's coming in," she tells ABC News. "We're just feeding people."

Black says her mother Kay -- everybody calls her "Granny" -- opened the dispensary about a year and a half ago after perfecting recipes for marijuana-infused baked goods such as cookies and brownies known as edibles.

She began baking for her husband, Robert, who suffered a series of strokes beginning about seven years ago. The edibles helped regulate his emotions and ease his pain, Nancy says.

The dispensary has grown and now has about 6,500 medical marijuana patients, Black said.

lol, doesn't matter what I did... I still couldn't help it:confused2: 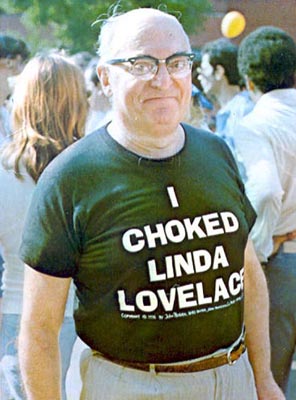 I work for a non-profit that focuses on hunger relief. Maybe I'll pitch this idea at our next board meeting

In all seriousness, 12,000 pounds of food is larger than any other single food drive we have ever conducted. That first organization was foolish for denying any future food drives conducted by the dispensary. Our local strip joint does a big event for us a couple of times a year and raises a lot of money for us. We never would refuse the donations from them, regardless of how people may view it. I'm sure we would have the same attitude if a dispensary had a fund raiser for us.

Genius. Pure genius. Wish the Long ***** and south bay dispensaries would do the same, I would buy a truckload of soup, chili, pasta, canned fish and chicken, et cetera (mostly stuff I like myself, so I know it tastes good) and donate it.
S