This is a pretty ghetto recipe, but the fact is that it works!

Just might have to give this a try being a big peanut butter fan. Thanks for the link Tanirbask.
S

THE BROTHER'S GRUNT said:
Just might have to give this a try being a big peanut butter fan. Thanks for the link Tanirbask.
Click to expand...

TBG let me know if ya do. This is so simple even I could do it. But I wanna make sure it works first. You can be the guinna pig.
P

The only problem I see with that method is the 320 degrees in the oven. That's a bit insane. For a more efficient transfer try doing it at 85 for an hour. It might take longer, but you'll get higher!
**High temp DESTROYS THC
S

It works great. 5-6 hours .its great. Take about a gram for that.

I just made some of these using the exact method decribed in the link. I used 0.6g of bud chopped up and seperated into 4 crackers (so approx. 0.15g in each cracker). I used organic smooth peanut butter. The only change I made to the directions is that I heated the oven to 300F instead of 320F and put them in for approx. 24 mins. instead of 22. I made two more crackers with approx. 0.3g in each (twice the amount). About 30 minutes ago I ate one of the 0.15g crackers. I started feeling the effects come on very lightly after about 15 minutes. After 20 minutes I could feel definate effects (felt like I just smoked a joint). Now at apporx. 30 minutes in, I feel the effects very strongly. The high is very floated and dissacosiateiated right now (haha! I decided not to change that sentence in order to show the effects). I meant... the high is very floaty (lightheaded) and dissasociated. Now since I've been writing this I've hit about the 40 minute mark, the spelling error I made kinda sent me into a laughy high, and now I feel very STONED...like I don't want to get out of this chair....I think I will though... I'm going to go play with my kitty now . I will make a post tommorow and let you all know how the night went. Also I plan on trying the 0.3g crackers tommorow, so I'll let you all know how that goes. Until then, here is a picture of my adorable kitty, Tuna.
Enjoy!! 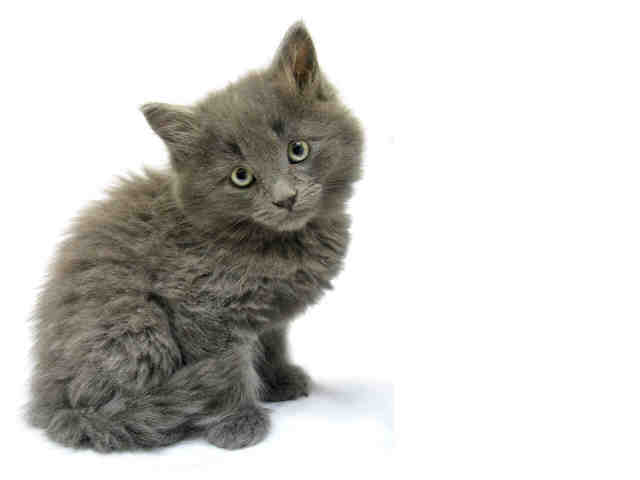 Alright, follow up from last night. Over all it was good time. It hit me hard at first, as you all could probably see from my post last night. After an hour or so it chilled out to a nice mellow, very pleasant buzz which lasted for a couple hours until I went to sleep. That mellow buzz is more what I expected since I didn't eat very much, although I was on a near empty stomach. Later today I plan on trying the 0.3g crackers. I'll let you all know how it goes.
S

Question- do you smell any kind of MJ odor while cooking these? And how long can u keep the crackers? Now I wanna make a bunch to have on the ready...lol.

Pappy said:
The only problem I see with that method is the 320 degrees in the oven. That's a bit insane. For a more efficient transfer try doing it at 85 for an hour. It might take longer, but you'll get higher!
**High temp DESTROYS THC
Click to expand...

I would agree, when 'double boiling' cannabutter, the whole idea is not to let the butter boil. I think anything over 200 degrees is going to cause some loss of potency.

SmokinMom said:
Question- do you smell any kind of MJ odor while cooking these? And how long can u keep the crackers? Now I wanna make a bunch to have on the ready...lol.
Click to expand...

I didn't notice any MJ odor. If anything it just smelled like yummy food was baking, and even that wasn't strong. I don't know how long you can keep them exactly. I kept mine wrapped in tinfoil in the fridge over night, but that's not that long obviously. I didn't notcie any loss of potency, but if you plan on keeping them for a while, I would suggest putting them in a ziplock bag and in the fridge, or even in the freezer if you're gonna keep them longer then a week. The good thing about these is that they take so little weed to work! so even if a couple lost their potency over time, you'd only lose like half a gram or so.

As a follow up to my post about trying the 0.3 gram crackers... All I can say is: AWESOME! I ate it around noon and was high until about 5pm! It came on a lot slower this time around (about an hour to kick in), but it also lasted a lot longer. I didn't smoke anything for the duration of the high, and the whole time I kept thinking... wow, I haven't smoked a single thing and yet.. I'M RIPPED! Some friends came over around 6pm and I gave them each a 0.3g cracker. I warned them that it would probably get them pretty high and that they might not wanna smoke right away, but they decided to hit my bong... then my pipe... then a two-paper long 2g joint smothered with hash-oil and filled with two different types of very potent weed. Half way through the joint they had to put it out. Both of them were simply staring into space with BIG smiles on their faces, eyes hardly open. It was really funny to watch. One of them left mumbling something about meeting up with a friend and sort of laughing and tripping on his way out. The other stayed for another couple of hours refusing to share the rest of the joint with me because he was so high! An unusual response for the friend in question. His high lasted well until we parted ways approx. 3 hours after he ate the cracker. I haven't talked to him yet today but I'll have to get some feedback from him.

These crackers truely are a cheap and easy way to get a good buzz! And you don't smell like pot afterwards either! Not that it's a bad smell, but if you were at work for instance, you could eat a cracker and get a nice buzz to last you the day, and no one would be any the wiser to what you were up to!

This post ended up being really long... sorry!
Mike:smoke1:
S

i straight up put a whole garm in one cracker was high atleast 7 hours kind of just wanted it to end.

man i cant wait till i can get high again
Z

tried this last night. from the start i didnt think it would work
but put about .3 grams on two crackers followed directions but i used ritz crackers and put the temp dowm to 250 and cooked for 28 minutes.
made sure and not to smoke anything for about an hour before deciding to make. "To make sure" they worked.
from start to finish w/ cooling time and waiting for "it", it took about an hour and 15 minutes to get high. ***!!!
but i then smoked the night away did feel overall like a different high all night. (but good)

Not worth the time and effort to me atleast. Its alot easier to just smoke it now.

Ironically, the next thread down in this section titled "1 gram" is about the same thing. I wrote out the recipe, not knowing someone else had done it already. And I can vouch for it saying "it does work!" My friend goes through about 8-10 grams a day, and he put out about 6 grams over a 9 crackers. I think he had 2, smoked a blunt.... he was good for the night. His friend, not nearly as heavy smoker, but one the same with a big, strong, football player build... on the ground like a child crying after 2 crackers and the blunt. Should have taken pictures to post... whoops!
S

I have no idea about the ammt of weed to use here. Would I just use close to what I put in my bowl anyway??>

If you smoke a full packed bowl for yourself... I'd use half. But that is me. Use the entire amount you would for a bowl, just don't eat it unless you don't get satisfactory results out of half the recipe... In other words, wait an hour and half and eat the rest. Empty stomach = quicker stronger longer high... Full stomach = smoother shorter more relaxing high.
Z

i took what i would put in a Bowl broke it up real good and put half on one and the other half on the other one.

Just making sure, but you realize you are supposed to make like a sandwich "ritz cracker with peanut butter" looking thing right.... I'm never sure what people mean when they say 1 cracker, whether its 1 pair, or literally 1 cracker...
S

Alright, I have 3 crackers in the oven.

I didn't have any Ritz, so I improvised with a pack that already had the peanut butter on it. You know, the orange kind? LOL. I added more PB though. Wish me luck.
S