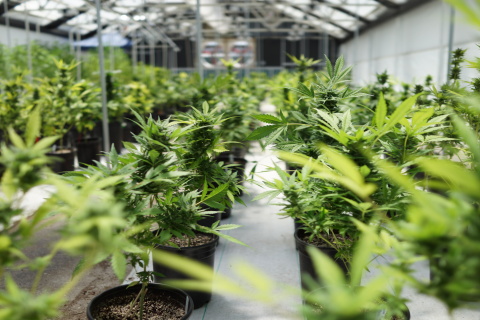 SANTA CRUZ COUNTY, Calif.--(BUSINESS WIRE)--Goldenseed, a California lifestyle cannabis and hemp brand, whose first product line won the High Times’ Cannabis Cup for Best Pre-Roll in May 2019, today announced it filed with the U.S. Securities and Exchange Commission (SEC) to hold a stock offering. This offering will allow the general public to invest in Goldenseed at an early stage, which is typically only available to high net worth individuals and well-connected investors. Goldenseed expects to be qualified by the SEC to launch its offering online within the next 60-90 days. When it goes live, the general public will be given the opportunity to invest in Goldenseed for as little as $100.00. Goldenseed intends to use portions of the net proceeds from the stock offering toward capital improvements, debt reduction, marketing and general working capital.

Tweet this
“We’re excited to provide a chance to invest in the California cannabis industry and to become part of the Goldenseed community,” said Scott Goldie, chief executive officer of Goldenseed. “I see this as similar to entering the wine industry in Napa in the early ‘70s, before it boomed.”

Goldenseed recently launched as a cultivator, manufacturer, and distributer of high-quality cannabis and hemp naturally grown in renowned Santa Cruz County, California. Goldenseed delivers pure cannabis in the form of proprietary seed strains, smokable blends, and oil and terpene extractions to a discerning clientele. The brand focuses on:

Goldenseed’s stock offering will be held under Regulation A, a law passed as part of the 2012 Jumpstart Our Business Startups (JOBS) Act that allows small companies to raise capital by selling stock online through equity crowdfunding. Before the JOBS Act, 80 years of securities law prevented the general public from investing in private companies, like Goldenseed, at an early stage in their development. This provided the early-stage investment opportunities to only wealthy, accredited investors and those with Silicon Valley or Wall Street connections. This process is being led by Goldenseed’s consultant, Kendall Almerico, a noted securities attorney and crowdfunding expert Forbes named one of the top Regulation A attorneys and JOBS Act experts in the country.

“It’s thrilling to offer customers of Goldenseed’s high-quality products, as well as everyday consumers and investors, a chance to invest in a private United States cannabis company,” Almerico said. “This kind of investment is helping to level the playing field and democratize the investment process.”

“In addition to their shares, our investors will receive exclusive and exciting perks. We’re looking forward to announcing them soon,” said Goldie. “Our goal is to have as many people as possible share in the ownership of our company and help grow the Goldenseed brand with us.”

Currently, there are more than 200 publicly traded stocks related to the cannabis industry. Most of them involve Canadian companies or U.S. companies that do not actually grow or distribute cannabis. Goldenseed’s team believes that, when qualified by the SEC, they’ll present the first opportunity for the average investor to own a share of a private U.S. cannabis cultivator – one with a mission to create a premium cannabis lifestyle brand built on a respect for nature.