Grass - The history of Marijuana

Great documentry for those that are interested. It's the American history, but it's very interesting even though I'm not American it's very much worth a watch.

Thats that old school high grade.. Even the stems were too potent to throw out :rofl:

I just feel for the guy who got sent down for 50 years for selling less than an ounce lol total over kill.

Thanks for posting it. 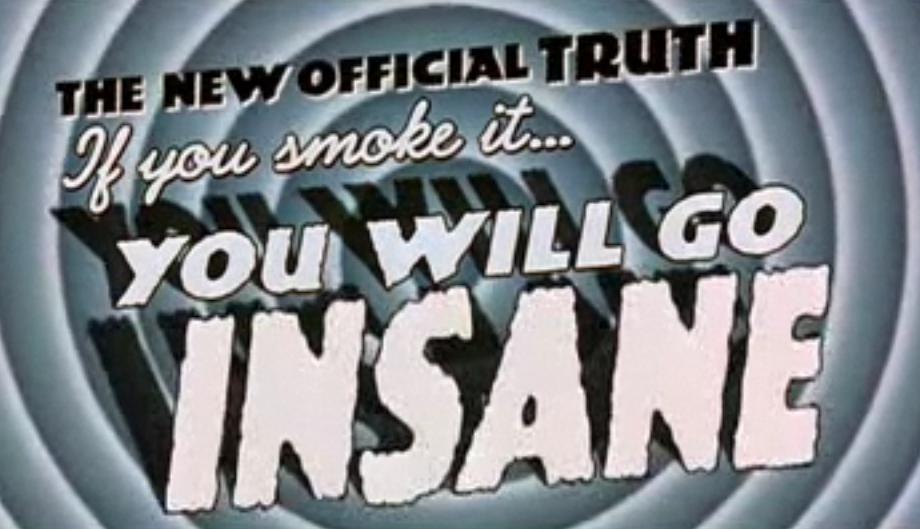 Who said American History was boring? My kids.

Thanks for posting it.

Glad you enjoyed it :aok:


tcbud said:
Who said American History was boring? My kids.
Click to expand...

Hah, American History isn't boring there just isn't much of it yet compared to other places.

A Brief History of Cannabis.

Since cannabis is the only plant on the planet that yields both a drug and a useful fiber its no surprise that it has been used for thousands of years. A Chinese treatise on pharmacology attributed to the Emperor Shen Nung and alleged to date from 2737 B.C. contains probably the earliest reference to cannabis and its potential as a medicine. Other early references to cannabis come from India in the Atharva Vedafrom the second millennium BC and from tablets from the Royal Library of Ashurbanipal, an Assyrian King, who live around 650 BC

The ancient Greeks used alcohol rather than cannabis as a recreational drug but they traded with cannabis eating and inhaling peoples. Hence some of the references in Homer may be to cannabis- including Homer's reference to the drug which Helen brought to Troy from Egyptian Thebes. Certainly Herodotus was referring to cannabis when he wrote in 5 BC that the Scythians cultivated a plant that grew like flax but grew thicker and taller; this hemp they deposited upon red-hot stones in a close rooms producing a vapor. Herodotus noted, "that no Grecian vapour-bath can surpass. The Scythians, transported by the vapor, shout aloud".

Herodotus also described people living on islands who "meet together in companies" throw cannabis on a fire, then "sit around in a circle; and by inhaling the fruit that has been thrown on, they become intoxicated by the odour, just as the Greeks do by wine; and more fruit is thrown on, the more intoxicated they become, until they rise up and dance and betake themselves to singing." Other passages from Pliny, Marco Polo, Abu Mansur Muwaffaq and The Arabian Nights show that cannabis was cultivated both for its fibre and for its psychoactive properties throughout Asia and the Near East from the earliest known times.

The date on which cannabis was introduced to Europe is unknown; but it must have been very early. An urn containing cannabis leaves and seeds, unearthed near Berlin, is believed to date from 500 BC

Cloth made from hemp was common in central and southern Europe in the 13 century and remained popular with succeeding generations. Fine Italian linen was made from hemp as well as flax and in many cases the two were mixed in the same material. Nor were the Europeans ignorant of the recreational potential of cannabis; Francois Rabelais (1490-1553) gave a full account of what he called "the herb Pantagruelion"

The usage of cannabis also spread quite early to Africa, many years before Europeans moved into the country. The plant is smoked by Suto women in South Africa before giving birth, they also grind up the seeds with bread or mealie pap and give it children when they are being weaned. A report in 1916 noted that south African mine workers were encouraged to smoke because "after a smoke the native work hard and show very little fatigue". The usual mine practice was to allow three smokes resembling coffee brakes a day. Further north the lives of some tribes in the Congo centre on Cannabis, which is cultivated, smoked regularly and venerated. Whenever the tribe travels it takes the Riamba (a huge calabash pipe more than a yard in diameter) with it. Any man committing a misdeed is condemned to smoke until he passes out.

Cannabis occupies fourth place in worldwide popularity among the mind-affecting drugs - preceded only by caffeine, nicotine and alcohol. As in the cases of caffeine, nicotine and alcohol, attempt have been made to suppress the trade in cannabis and to eradicate its use. Emir Soudom Sheikhouni of Joneima in Arabia is said to have ordered in 1378 that all cannabis plants in his territory be destroyed and that anyone caught eating cannabis have their teeth pulled out. But 15 years after the Emir's decree the use of cannabis had increased. No successful effort to suppress cannabis has ever existed and in 1969 the UN estimated that there were between 200,000,000 and 250,000,000 cannabis users in the world.

Emir Soudom Sheikhouni of Joneima in Arabia is said to have ordered in 1378 that all cannabis plants in his territory be destroyed and that anyone caught eating cannabis have their teeth pulled out. But 15 years after the Emir's decree the use of cannabis had increased.
Click to expand...

Intersting topic you are touching on Sparda.