Hey, so I literally know very little about growing. I had a few seeds I planted about a 1.5 months ago. 4 plants sprouted. They are all in one plant pot outside in the sun. They are super skinny though and pretty small compared to others I have seen on the net. They don't have any buds or anything to determine sex. I just want to know more so I know what to do. Is it because they need more space that they're so skinny? If they are skinny and slightly following over, like flimsy is that going to correct itself on it's own? I can post pictures if that's helpful!?

I don't grow outdoors but drawing on what I hve learned in growing indoors it sounds like there cld be a cpl things going on. 4 plants in one pot is a no no. You might not be getting enough good direct sunlight. Sounds like they are badly stretched. Also they are in a pot and not in the ground correct? So what hve you fed them? Pics wld help as well as knowing where you are growing at...not specifics but longitude and latitude might help.

Welcome , fellow northerner. You'll find a few of us here. welcome to the fold.

You got a late start planting 1.5 months ago. It takes 4 weeks for a seedling to get to the point where it can start to bust out and grow, that is called the Veg stage. Then when the days start to shorten (after June 20) the plants well note the change, even though they are still growing like crazy in the veg stage. By the first part of August plants should be old enough to start showing flowers. After that it takes 8 to 12 weeks (depending on type of plant you have) to mature flowers and harvest. That is what should happen outdoors.

Indoors the light schedule is manipulated and growers can take their plants into flower early, get smaller plants and faster harvest.

Also, planting that many plants in one pot is not a great idea, unless you do want smaller plants. You would need to supplement your plants with some nutrients in any case, and for sure if you have that many plants feeding in one pot.

Next year, get an earlier start, read up over the winter. Your plants may finish if your cold weather can hold off, but I imagine it wont as you are in Canada (MJ stops growing at 46f). Take a look at a couple journals here, that will give you an idea of what the plants look like and do in the three stages of growth.

canadiangirl said:
Hey, so I literally know very little about growing. I had a few seeds I planted about a 1.5 months ago. 4 plants sprouted. They are all in one plant pot outside in the sun. They are super skinny though and pretty small compared to others I have seen on the net. They don't have any buds or anything to determine sex. I just want to know more so I know what to do. Is it because they need more space that they're so skinny? If they are skinny and slightly following over, like flimsy is that going to correct itself on it's own? I can post pictures if that's helpful!?
Click to expand...


...i would say you at least have these things working against you:

>>multiple plants in a pot (you didn't mention size of pot, but i'm pretty sure it wouldn't accomodate a rootmass of 4 plants...unless it's like a 65gallon smartpot, but still...1 plant per pot is the "normal" way to go)

>>1.5months ago would be around the beginning of august...if you're anywhere north of where i am and growing outdoors, that's already a couple of week into the "flowering" phase of cannabis

>>you're growing outside in can? ...cold nights make the rootmass cold, which in-turn can slow vegetative growth.


prob more, but that should set your mind spinning. welcome to MP!

...there's plenty of knowledgeable folks around here. don't be afraid to ask a question.

wow this is awesome. I didn't even know if people would write back it's good because everyone I know wouldn't know the first thing.

Okay, so I will do it smarter next time but I basically want to work with what I have for now. I've just posted 3 pictures.

So to answer some questions, I haven'y fed the plants anything, just literally soil from a planting area in the country. I probably planted the 4 seeds maybe around the second week of July. The place I put the plant in gets a lot of morning sun and then as the day goes on the trees cause the sun to come in, in streaks only so mostly no sun later in the day, but usually within 3 feet away there's sun, does that help? So today I moved the plant to a sunnier area, that's where the pictures are taken. It can be a bit of a windy spot. I put the sticks today to thinking the plants needed some support. I was worried though about the sticks damaging the roots so I only put them in the earth slightly, is this good?

I'm basically pretty south for Canada. I looked at a map and I live at the same north south level as New Hampshire.

I'm moving soon so I want to keep everything simple. I understand it won't be the biggest plant or anything because of the crowded living quarters but do you think it will produce anything? Plus I can't seem to determine sex, no buds for reference. Feel free to ask more questions! 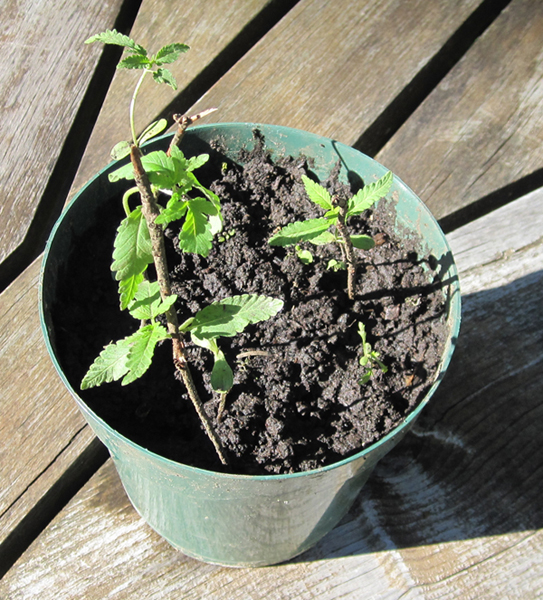 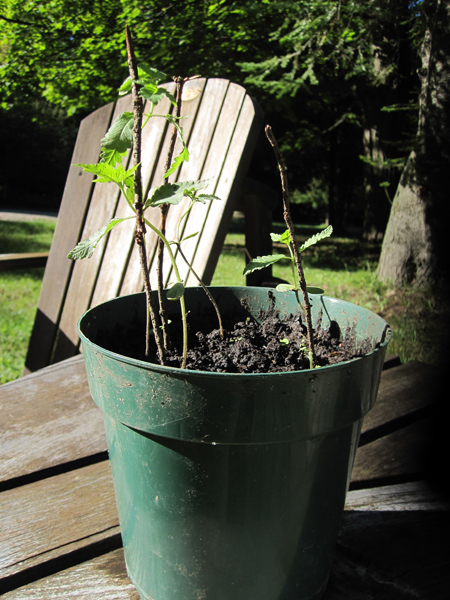 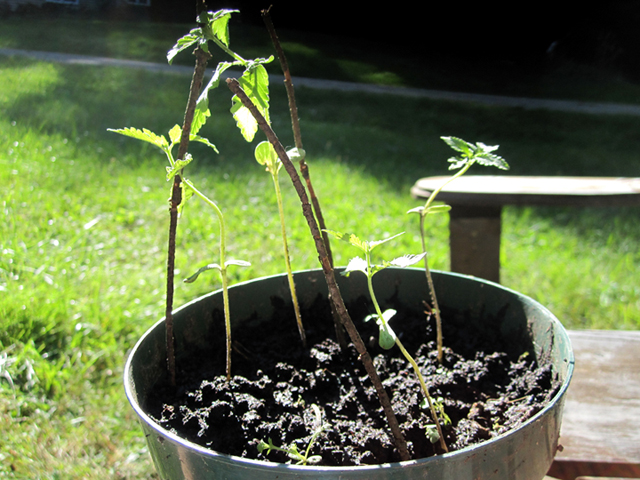 Has something been eating them perhaps?
M

I'd start over in the spring after your move...wouldn't expect much more than what you are seeing.

I hate to tell you this, but I just don't think those are going to make it. They should be large by now and budding. To know why these did not grow, we would need way more information. However, I would hang it up with these and try to do some reading and studying before planting any more seeds.
C

so is it mostly because the lack of lighting?
so basically if they don't start budding within a certain frame of time, they will never?

can I do anything with the plant else like for cooking or anything?
C

awesome quote by the way: 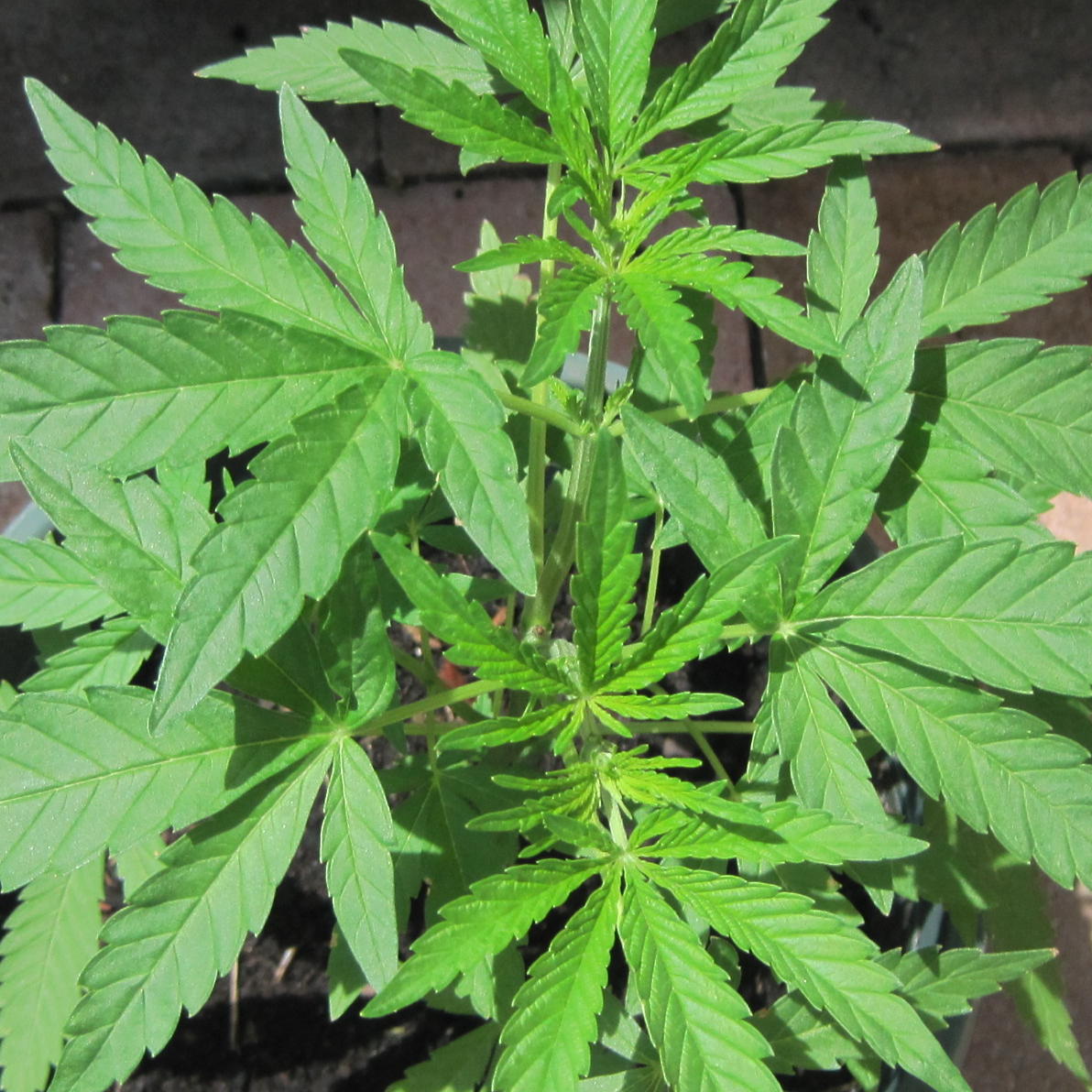 smokeymcbuds said:
im also new to growing and was wondering if its just the worry of frost that you say its to late i live in the most southern part of the us it satys pretty warm year round i started around july 28
Click to expand...

The shortening of the days makes the plants go into flower.

Canadian Girl, I am with The Hemp Goddess on this one. Start next spring, start with your seeds indoor maybe early, with a light, then transplant them outdoors when it warms up in May or June. Your plants are in pretty sad shape to say the least. Even if you went out and bought some lights and made a grow room, I think you would be best off starting new plants. Like I said before, check out some of the journals here to see the life cycle of MJ and what it should look like and when.

I feel for you, I understand how you want to get something/anything from these little precious plants of yours, but .....I just don't think that is gonna happen. Not many people get much from their first try at growing if that is any consolation.

Good luck to you.

in edit, if I remember right, MJ needs 4-6 hours of direct sunlight to thrive.

so is it mostly because the lack of lighting?
so basically if they don't start budding within a certain frame of time, they will never?

I really do not know why they did not grow well--we would need to know way more about your grow to try and determine that. It could be light, it could be soil, it could be nutrients, it could be pH--it is probably a combination of several things.

Plants grown outdoors react to the waning days after the summer solstice. The shortening days signal the plant to start flowering. Normally, if the plant is sexually mature, it will start budding sometime in July or August and be done in September or October. I really cannot tell you why yours has not budded. Where did you get the seeds?
D

Hi Canadian girl, im in southern Ontario, and as mentioned i think its too late for those little ones outdoors, its flowering time outside and your not flowering, it will be to cold for them to do anything outside. start again next year or even better get an indoor light and we can save those ones.
F

That sad. You had so much faith in those poor little things. Just give it up, read here on MP site and you'll have something next year that will make you jump and dance to a new tune. A? First rule, The bigger your growing pot,the bigger your plant should be. Have a good winter and stay warm.
C

As a new grower, I understand the disappointment of failure. Somehow, I managed to burn my first real grow to death. It DOES get better, though. Read up and try again.

Ironically, my very first grow was bagseed in 2009. I planted 5 seeds, one germed. I got lucky that it was female. I knew absolutely nothing about growing. In fact, I didn't even know there were male/female plants and I thought I could smoke the fan leaves. It was outside in MiracleGro soil and I fed it MiracleGro nutes. I eventually harvested 3 oz and thought it was easy. Boy was I wrong. I now know just how lucky I was.
You must log in or register to reply here.
Share:
Facebook Twitter Reddit Pinterest Tumblr WhatsApp Email Link