Has anyone, or given it’s new release date, are using, this light system ?

It was just released in January. Anyone have dealings with this company ? It’s said to have connections with the Samsung company, which is why it has the top of the line diodes.
Slim 720S - Dimmable LED Grow Light - 720w (Triple Dimmer) 3500K (UV/IR) LH351H v2 - (Release 1/1/22)
Slim720S is the Most Powerful Triple Dimmer LED Grow Light Ever Created. Growers who want industry best PPFD in 5'x5' (1.5m x 1.5m) area, Spectrum Specific Tunability, Samsung's Latest Horticulture Series LED tech, Next Generation ultra efficient fixtures with 3000+ LEDs & The option to have Auto Sunrise and Auto sunset this is the light for you. Slim 720S delivers all the amazing Proven technology from our highly refined Slim 650S with a Cranked up Meanwell Driver System pumping up to 720 Watts through 3,096 of the world's most efficient LEDs. Slim 720S is specifically engineered for growers in 5x5 areas or growers who want to be able to raise their light up and have better cross lighting and uniformity in their 4x4 or even growers who just want power to spare in the 4' x4' area.

Slim720S is engineered to be better than all 700 watt+ LED Grow Lights at every level. This is the Coolest running 700 watt+ LED Grow Light on the planet. Slim 720S is exclusively equipped with 3,096 of Samsung's all-new record-breaking LH351H Version 2 660nm Deep Red LEDs at 3.75 umols/jand LH351H 450nm Royal Blue LEDs paired with the Samsung White LM301H LEDs. This is the only 700 watt+ LED Grow Light with a efficiency rating of 3.0 umols/J or higher thanks to the 3,096 LEDs.
Slim 720S gives you that extreme Max Power, in fixture that Shines brighter, runs cooler, lasts longer & Spectrum control with UV to help you get the mega yields on that boutique quality flower that's always in demand.

Slim 720S when combined with our touch screen master controller gives growers the power to recreate mother nature with precision control. Full programmable dimmer so you can set the intensity you want right when you want it. Showoff your light in style, Manually Dim your lights up and down all together or even turn on Just the RED LEDs alone or the Blue LEDs alone to show the Spectrum tunability you have equipped yourself with.
R

Nope
Is this Sheldon?
I wanted to know if we are going to see any fun with flags videos

You should search the forums and threads here. There is a lot of good stuff here and an overload of it online. I updated lighting just awhile back and collectively spent at least a week hardcore learning and studying before my purchase.

One of many videos here and online explaining stuff. In my opinion spectrum is everything. The people here are a huge help. Listen and learn. Reread threads and posts. Everything you need to start is here somewhere. I am a people watcher. Watch the people here and learn. Like the smell of Autumn, with coffee girls and free pinch hitters for everyone. Although sometimes I have been known to get stoned and post long rambles on other peoples threads in the afternoon of a Sunday. Ball games and ball scratchers and fruit loops with happy little trees, in the happy little water closet. Now, who is loading the next bowl?
6

ROSTERMAN said:
Nope
Is this Sheldon?
I wanted to know if we are going to see any fun with flags videos
Click to expand...

Nope. Don’t know any Sheldon. I’ve gone through much of his series on YouTube, and more, but I’m still seeking more.
R

Nope. Don’t know any Sheldon. I’ve gone through much of his series on YouTube, and more, but I’m still seeking more.
Click to expand...

What Country are you from? Just wondering
I really enjoy Sheldon reminds me of myself at times 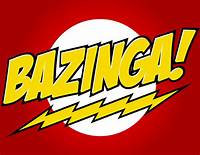 What aint no country.
You must log in or register to reply here.

A
How to analize the parameters of the light you bought.