I got Nasty... The results.

This plant vegged for 8 weeks, plus 2 weeks seedling stage. She was vegged under a 400W MH and flowered under a 600W HPS in a 2.5' x 4' x 8' closet space. She was given a home in Fox Farm Ocean Forest ammended with approximately 30% perlite to alot for good drainage and aeration of roots in the fabric smart pots I sewed together. She also had a handful of dolomite lime added to the soil. Fox Farm's nutrients also fed the girl. Grow Big, Big Bloom, Open Sesame, and ChaChing, with CalMag and ThriveAlive (veg stage/foliar only).

Aesthetics and Olfactory Results
The buds are dark. The leaf matter is green and moderately covered in trichomes. I don't have the capability of taking photo's that fine in detail for you guys, unfortunately. You'll have to take my word for it. It's covered in dark orange hairs, and reeks of fruity deliciousness with a piney dominance. he's definitely a skunk already, and I can only imagine when she's fully cured how much better it will be.

The High
Her high is very a narcotic couchlock. leaving your bodu numb to muscular and skeletal pain. I've found myself wanting to be horizontal after smoking a couple bowls of this one. She's certainly counterproductive to getting anything done around the house. A night time smoke for sure. No sign of paranoia.

Weight
I was aiming for 4oz out of her. My buds currently feel dry to the touch. Almost brittle. I don't see them having much moisture left in them. Alas, they are currently curing in the jars. Weight after 1 day cured was 6.5oz. I am impressed with myself.

Dikk's Cheese
*Previously given the temporary name John's Seed, if you've been following my sporadic posts and pictures.

This girl was a big surprise. As previously noted, she was put into a Solo cup and placed atop my dresser and forgotten about. A week later I happened to look up as green stem caught my eye in the dim light of my room. So, I popped her into the closet and started giving her the love she needed. She was a slow starter and was about 4 weeks behind TT.

Aesthetics and Olfactory Testing
The first thing I have to mention is her scent. Very, very cheesy! Pungent, even. She's speckled in light orange hairs and her leaf/bud matter is lime green.

The High
The high is tricky. She's a demongirl, for sure. The high starts off very cerebral. I am a n avid smoker, and have been thoroughly unimpressed with some of the dro that's come through town. This is a strain that I love to smoke standing up, but gives me quite a bit of vertigo on the exhale. The buzz is very cerebral, but works its way down through your body, leaving you with a lasting body buzz. No sign of paranoia. I'd smoke her during the day, if I had more of her. She'll be pricey, and I will be very stingy with her. I prefer her high to TT, but both strains are very nice, imo.

Weight
Another big surprise on the scales, so far! I was hoping for an ounce from this little girl, and am pleased to announce that I've harvested approximately an ounce and 3/4 off of her. The dense nugs added to her weight, and overall harvest.

I was expecting a mere 5oz by this stage, and instead am looking at a little over 8oz. As I said, I am pleased. I do understand I may lose a little more weight as the buds cure, but I don't think I'll be losing much as dry as the buds already are.

ohh man i want that cheese , big ups to you on your success
R

Congratulations! Enjoy the fruits of your labors.

First 2 are of Dikk's Cheese, second two are from Thomas the Train 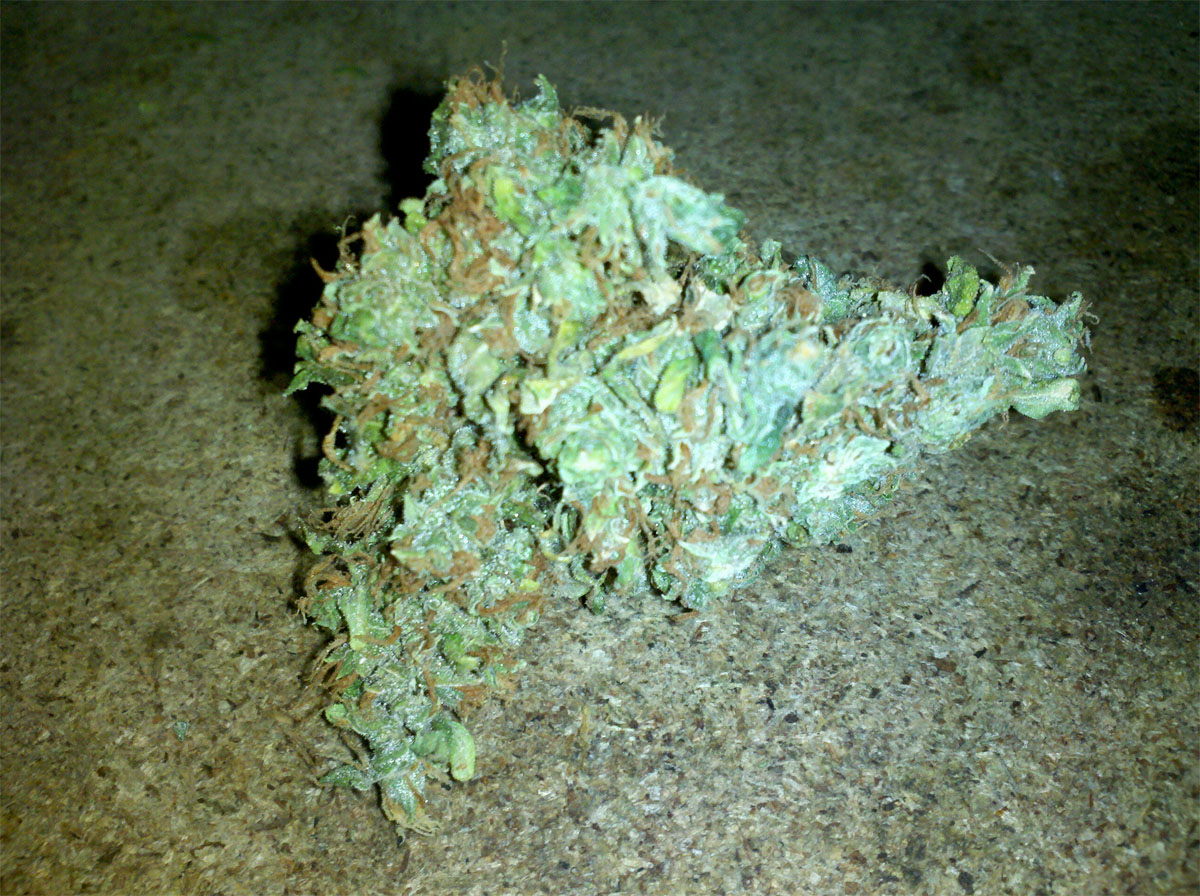 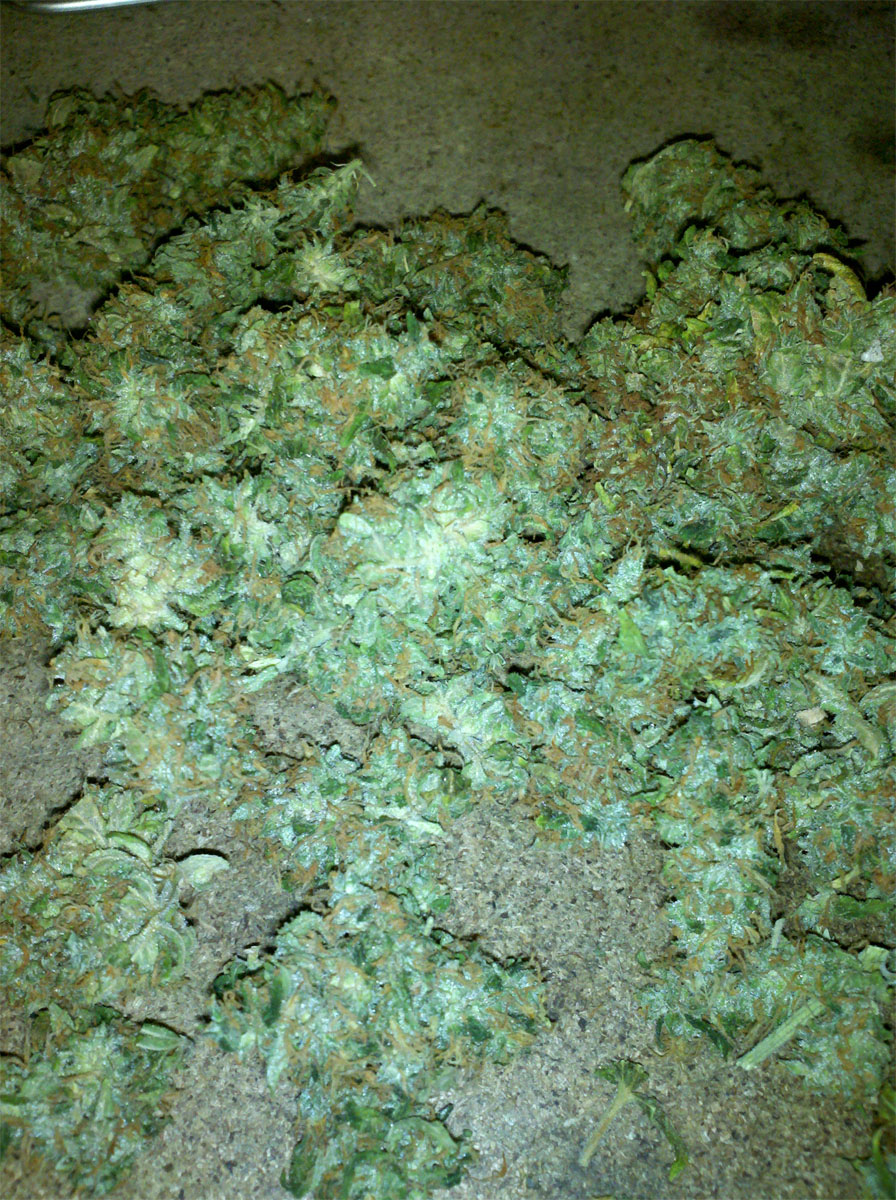 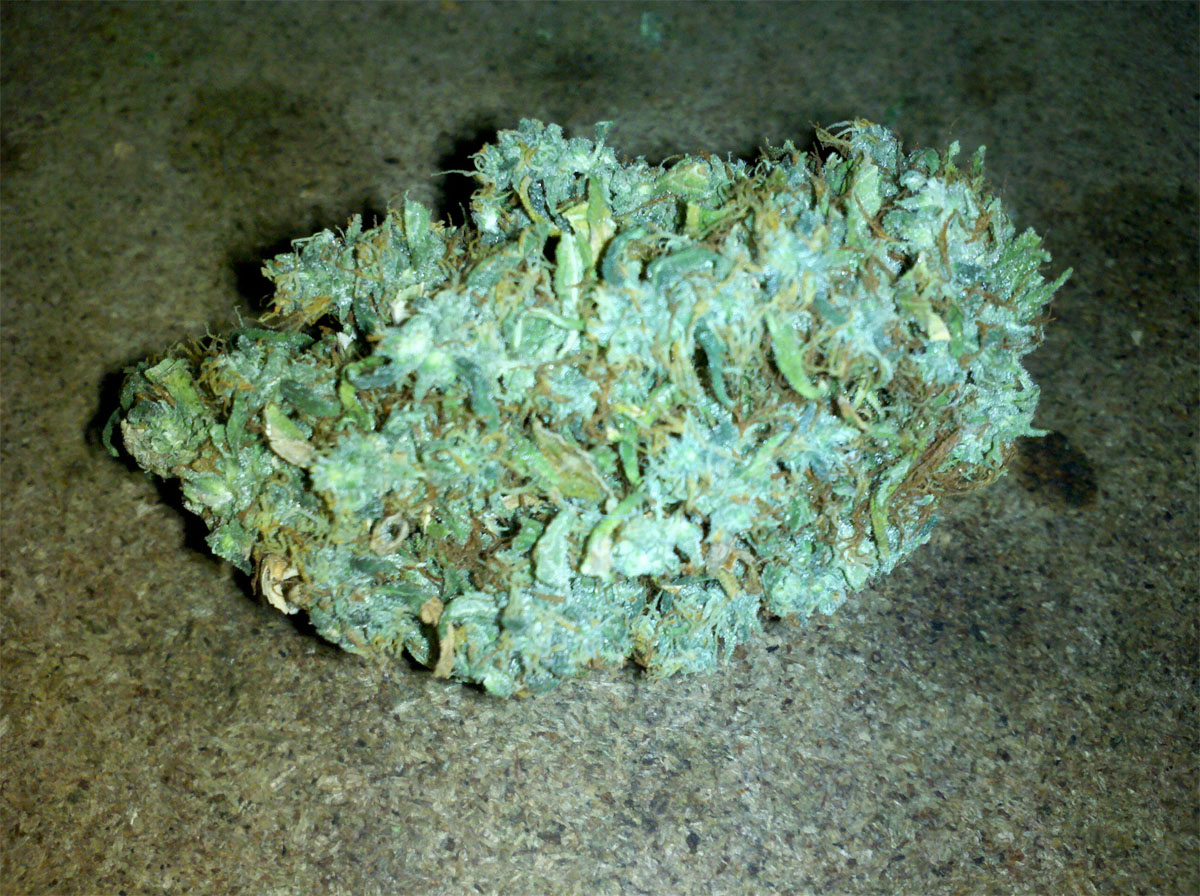 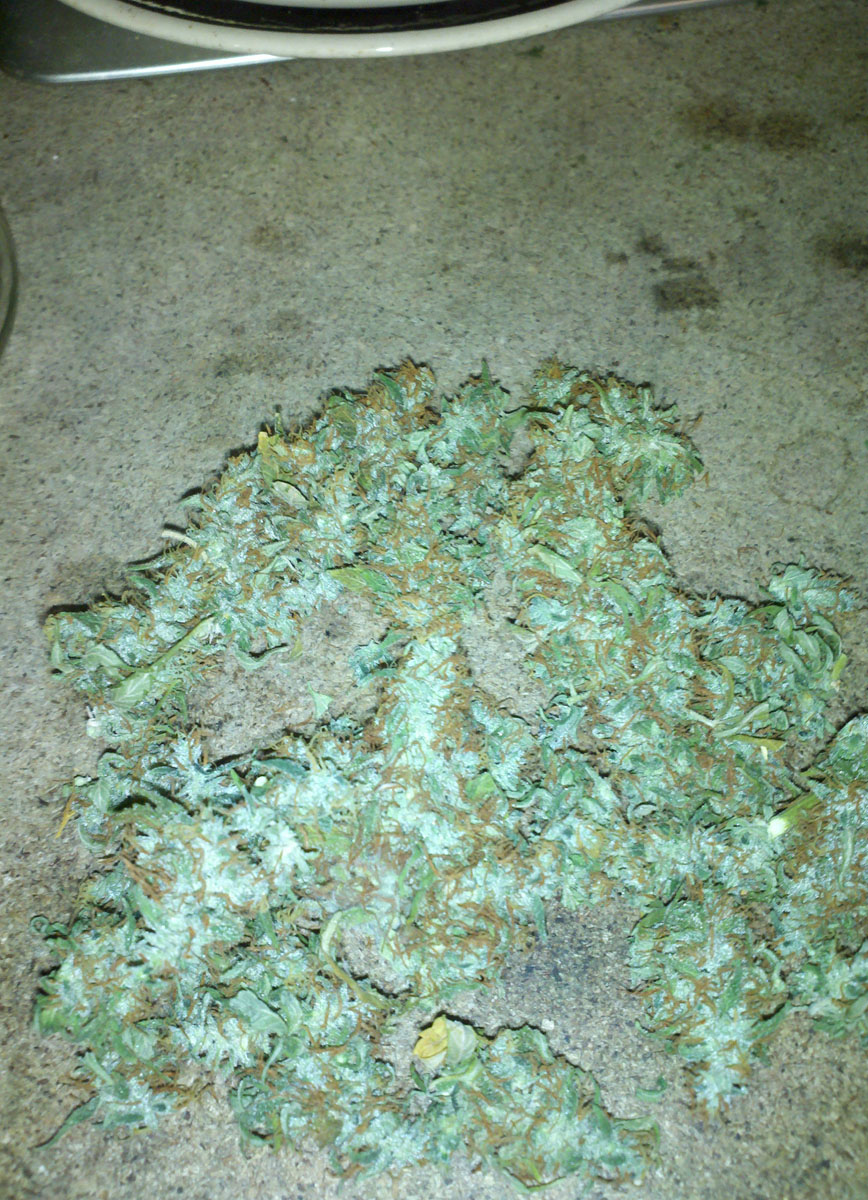 Thank you for the pics! they look better than I was hoping
G