Are any of these dangerous chemicals in your nutrients?

If they are , you are putting people in danger and compromising their health.

Throw away those Chemicals now! 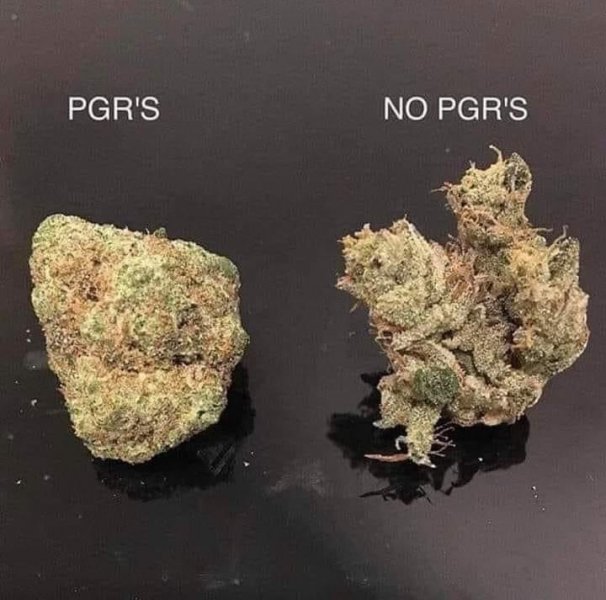 Alar
The infamous Alar scare of 1989 is a clear sign that PGRs should not be used in marijuana. Also known as daminozide, Alar is a manmade chemical that was used for the faster maturation of cherries and apples. The FDA approved its use in 1968 after two years of carcinogen testing on rats.

However, in the 1970s, Dr. Bela Toth discovered that Alar had caused tumors in the livers, lungs, kidneys, and blood vessels of mice when used at several times the maximum tolerated dose (MTD) for men. In 1978, the National Cancer Institute released a report which concluded that Alar was a ‘weak’ carcinogen. However, research into unsymmetrical dimethylhydrazine (UDMH), Alar’s chemical breakdown product, found a correlation between exposure to the chemicals and cancerous tumors in lab animals.

Pesticides on Your Weed: Should You Be Concerned?
Here's what you need to know…
In 1984 and 1987, the Environmental Protection Agency (EPA), classified it as a probable human carcinogen, and banned Alar for use in U.S. food crops in 1989, although it was still permitted in non-food crops. The entire scandal is estimated to have cost the United States apple industry approximately $100 million, so we don’t expect marijuana growers who use PGRs to go quietly into the dark night.

Ultimately, PBZ reduces a hemp plant’s ability to produce THC, which means those CBD products you are using can also contain PGRs. PBZ also inhibits the development of terpenes, which is why hemp grown using it has no real smell.

Buds treated with this chemical are normally very hard and covered in thick hairs that are also entangled. Combustion of PBZ results in the compound breaking down into nitrosamines, which happen to be one of the most carcinogenic compounds in cigarettes! Side effects include infertility in men and liver damage.

Chlormequat Chloride
Chlormequat chloride is another potentially harmful PGR and is an approved pesticide in the European Union. It increases crop yields but is now known as an ‘extremely hazardous’ substance in the United States. Studies on mammals have found that it could cause liver damage.

Uniconazole
Uniconazole increases root system size, and it is prohibited in certain states. Although it hasn’t been studied as extensively as other PGRs, the available research suggests it is even more harmful than PBZ. Side effects include irregular respiration and liver toxicity.

What are plant growth regulators in cannabis cultivation and why do you need to know about them? Here is the shocking truth.

Never even heard of them

How do you know if they are in your nutrients? I use Foxfarm and a little MG. What about the spray for roots when cloning?
B

Perhaps we should discover which nutes use these and list them here?

Or, which ones don't? Are "banned" plant growth regulators only banned for food plants.

I really want to know which nutrients we are using do, and do not have PGRs. I wonder if Advanced Nutrients would give an answer if I asked. I have been impressed with their performance, that's for sure.

I’ve gotta do a lot more research for sure....last nutes I used was GH Bloom and Grow and of course , cal-mag....but no bloom boosters