Well something different for me again.

First time with LED. 90w. For veg only. Sun for flowering.

No exhaust at all, just a small fan to blow air.

These are fem Pineapple Express from Barneys farm and reg ShivaShanti II from Sensi. 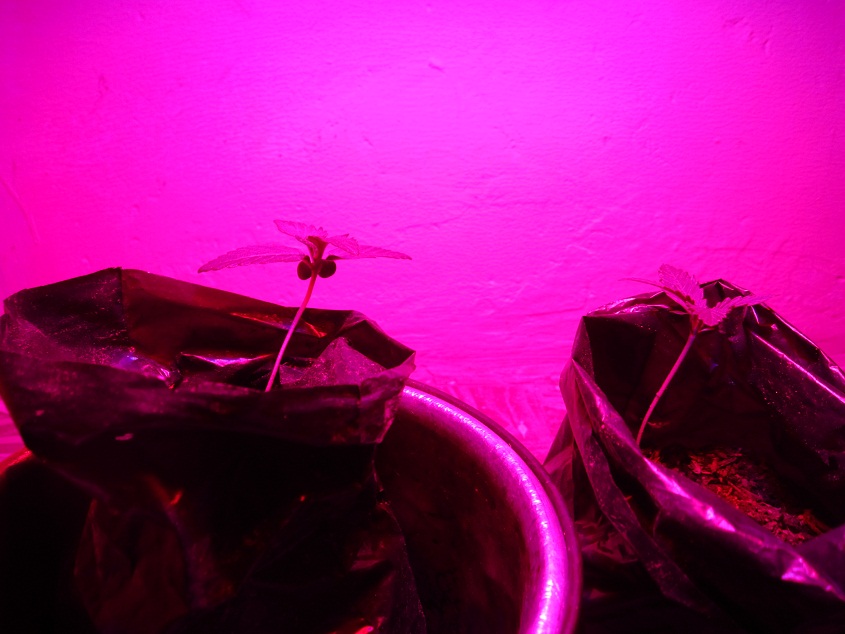 Why veg with an LED light that 75% or more of the LEDs are the wrong spectrum??? Why wouldnt you buy an all blue UFO if your gona veg with it????????

idk my triband 90watt ufo does wonders for vegging plants, but i use 2.

Thanks for visiting JAAM and Puffin

Of the 2 LED growlights what was for sale at Dampkring this was the better one so I bought it.

Puffin is you LED similar than mine or one of those blue ones JAAM is talking about?

PuffinNugs said:
idk my triband 90watt ufo does wonders for vegging plants, but i use 2.
Click to expand...

Puffin Im not sayin they dont work... I have 2 ufos in my veg from when i would run autos in there... I know they work...

what im saying is why buy a light thats mostly the wrong spectrum to veg? T5s are def cheaper and off you a choice of spectrums & not just whatever combo the LED manufacturer used...
H

You go, Parcero, I'm sure it will be fine for fedging a plant or two -- I thought seriously about LEDs -- think I'll wait a few more years tho and stick with what I know for now. Green MOJO to you bro...

JustAnotherAntMarching said:
Puffin Im not sayin they dont work... I have 2 ufos in my veg from when i would run autos in there... I know they work...

what im saying is why buy a light thats mostly the wrong spectrum to veg? T5s are def cheaper and off you a choice of spectrums & not just whatever combo the LED manufacturer used...
Click to expand...

i ordered my direct from manufacutre, setup up with exact spectrum for plant growth. i picked thier ones they tested or whatever, but you can ask for a special made one if you want a custom specturm one. grows much tighter lants than my t5 system and was about the same price.
H

I'm thinking that LEDs are the future of growing indoors -- They will eventually produce LEDs that are cheap and work better than HIDs or T5s, but that is in the future, and for now, I'm going with what I know... and with what works the best -- HIDs

they already work better than T5s but you need to have the cash, and the prices they want for a decent system you could buy 4-5 t5 systems, that the biggest problem, plus all the cheap models that dont work for crap like JAAM as saying.

Thanks for the support HemperFi and welcome

Here they are few days later 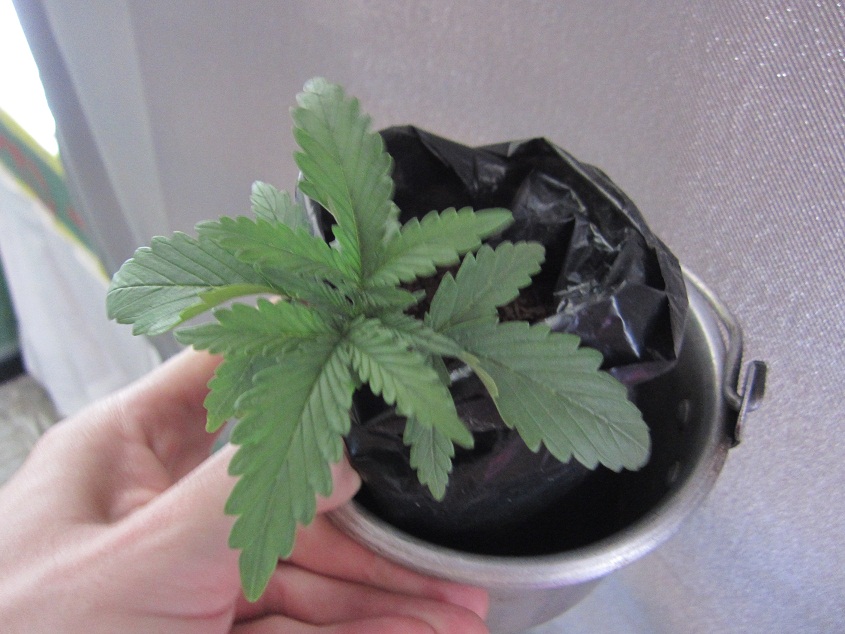 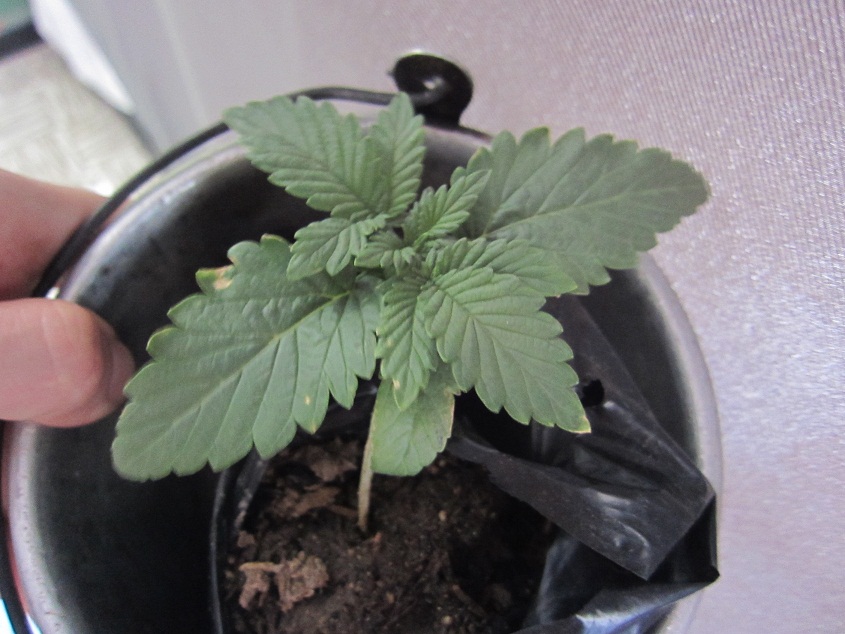 im here, brother. Can't wait to see how this grow turns out.Pullin' a beanbag chair up for this one.


No good, over 4 days now without electricity. 2 days went 12/12, then on the 3rd night I had a battery powered small LED headtorch pointing at them and last night I took them and my light upstairs to my friends place. Now at least 2 people more know about this and that is no good.

I did manage to repot one of them. I have no soil for the other one yet.
I have no Ph tester so Ph is off and signs of it is showing allready.

Not much growth in here.

Ph still off, Im guessing.... Adding a bit lime juice now to put it down but I have no idea what it is before or after. I do know that its high as it comes from the tap.

They show signs of not being too well but Im not going to do anything for it before I manage to measure the Ph and to fix it.

I repotted them aswell.

Im guessing the bushy looking one is the pineapple express.

Also pics of what kind of soil Im dealing at the moment. It looks terrible and propably is. I did manage to buy some black soil and somekind of organic bonus but both those are very expencive here. I hope I can start my own compost soon to start growing with something more reasonable. I went to the beach and collected some coco for drainage and to make the soil a bit more airy( is that a word?). 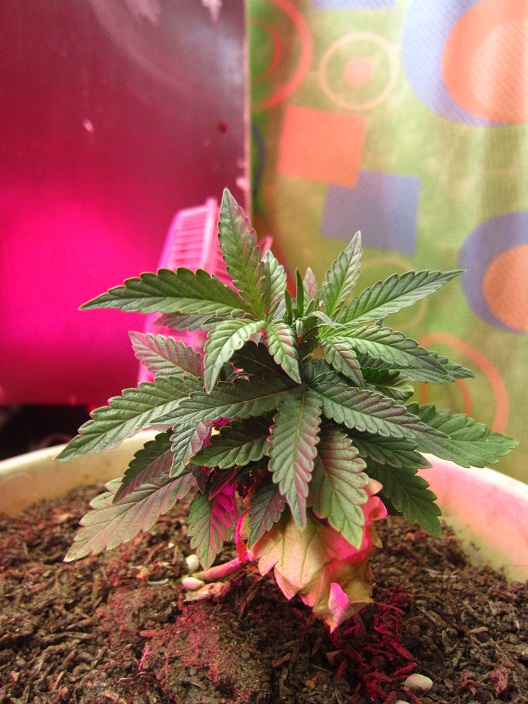 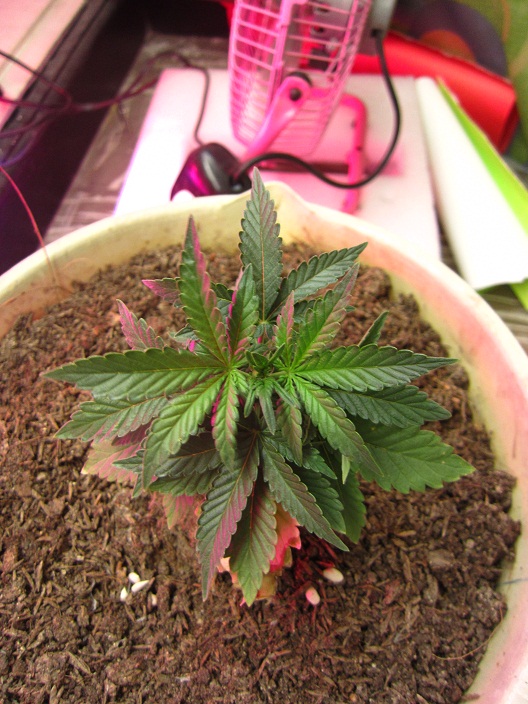 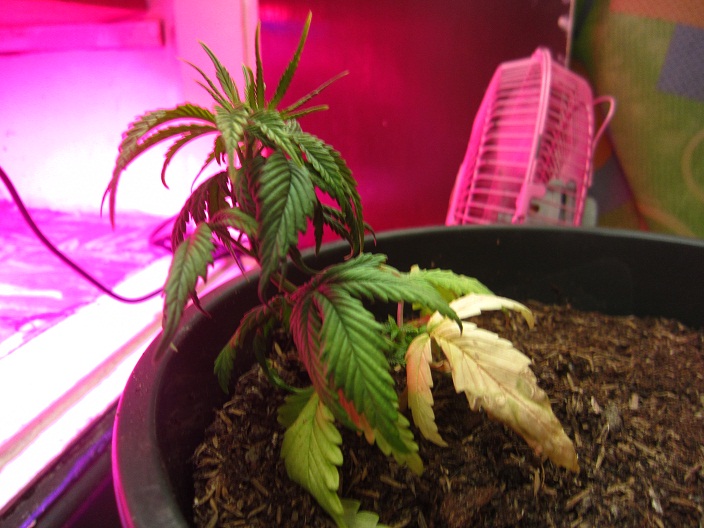 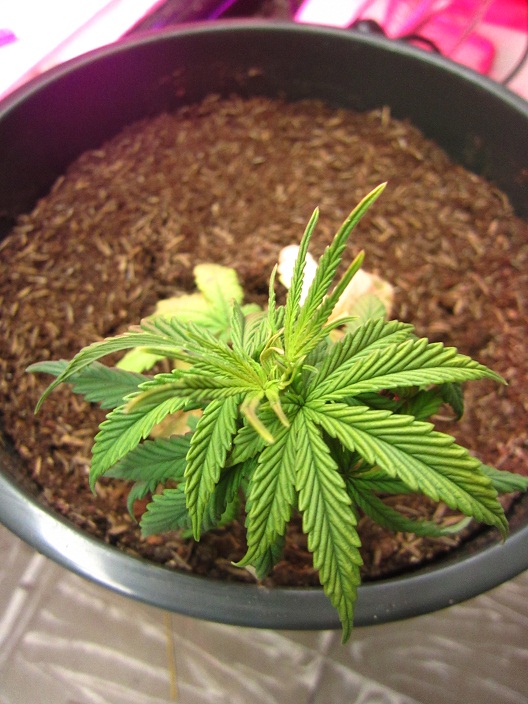 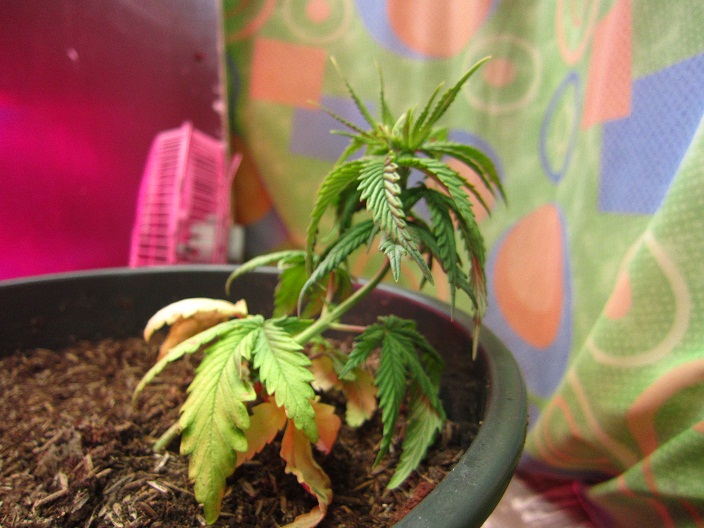 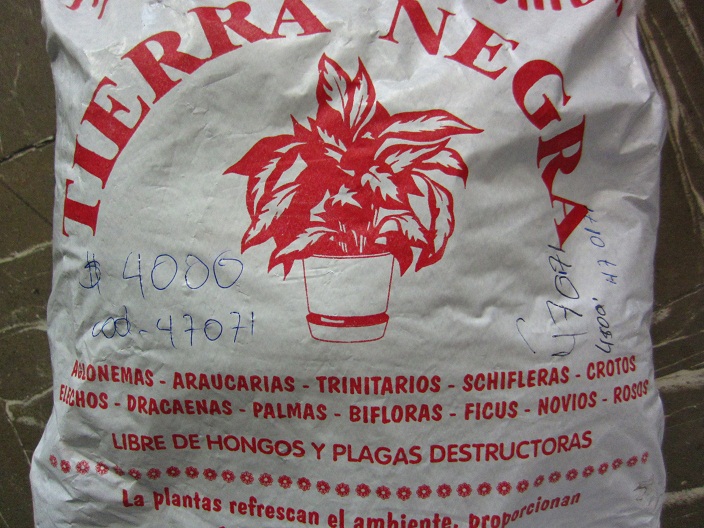 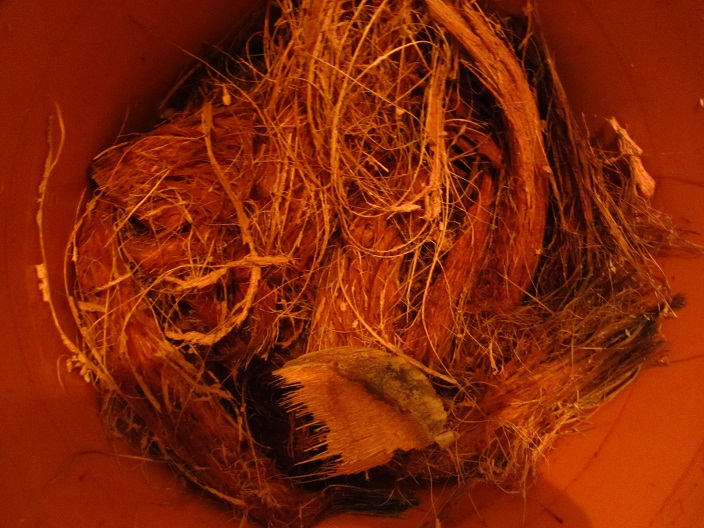 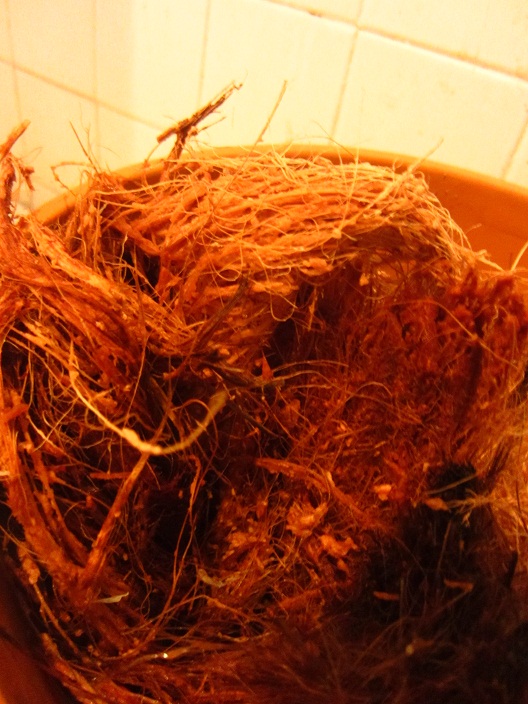 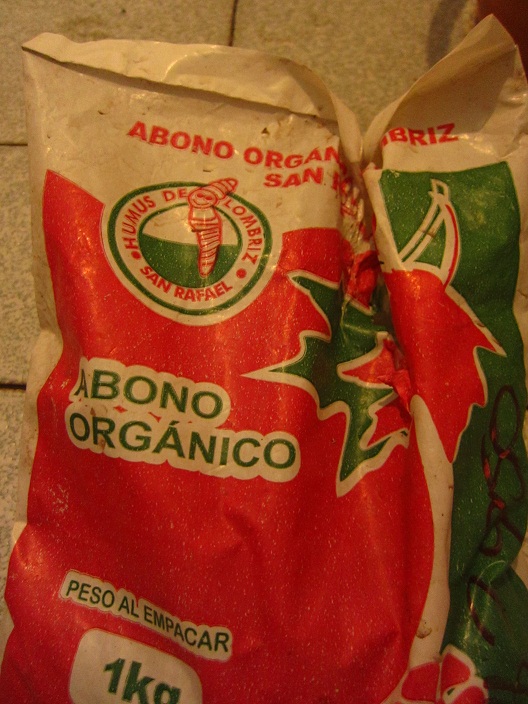 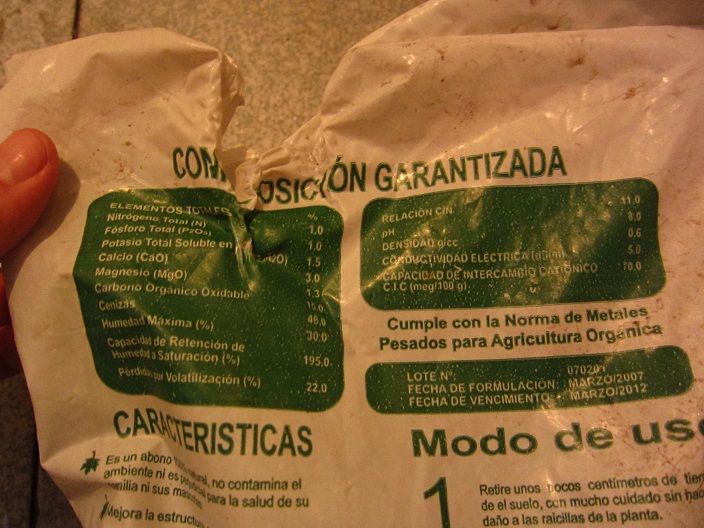 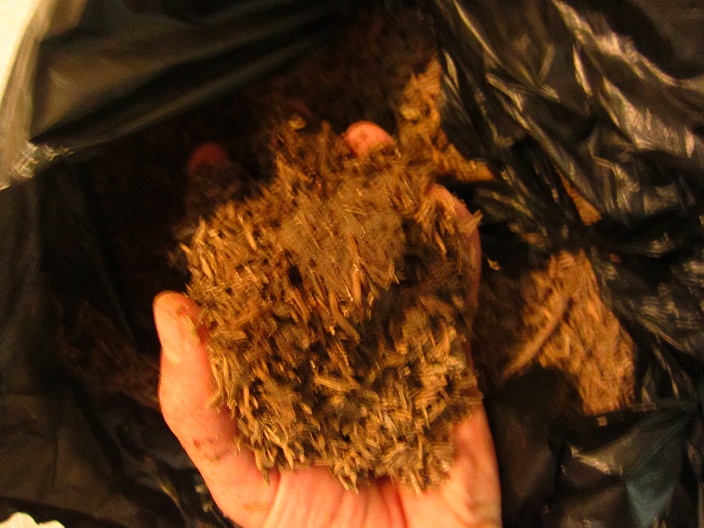 I'm in Parcero. Their looking a little rough. Here's some Green MoJo for ya.

Thank you powerplanter and welcome.

I got Ph test drops today.

Maybe they pick up a bit now.

I have to move in couple of days and that might cause some problems for these are not ready to go out yet. Have to think some way to move these across the town.. 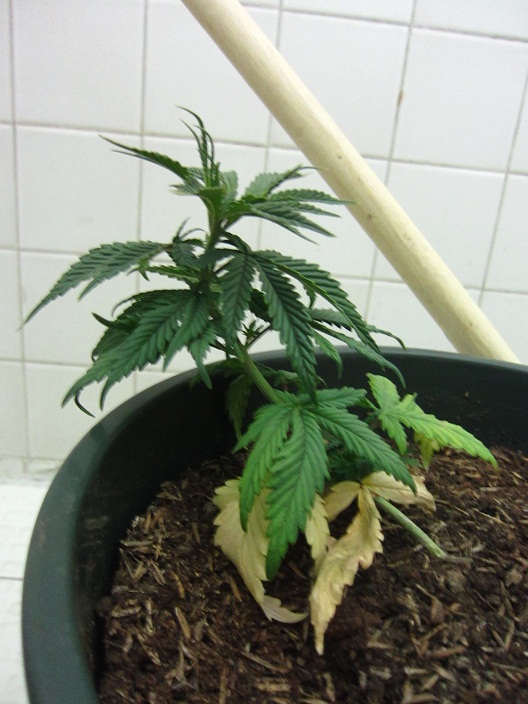 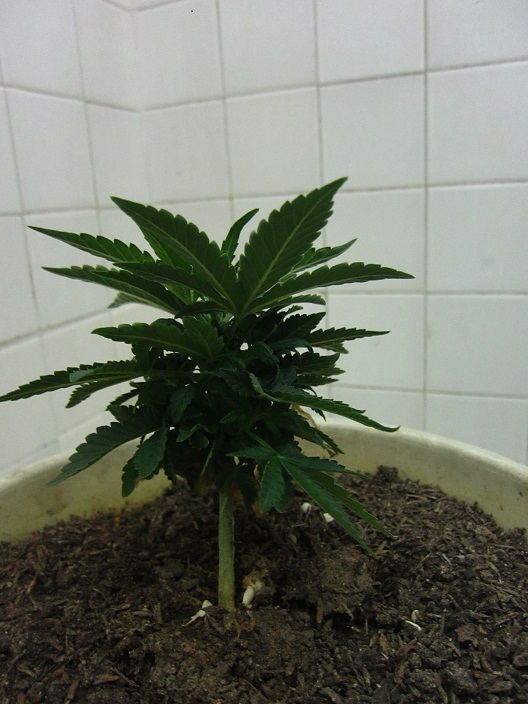 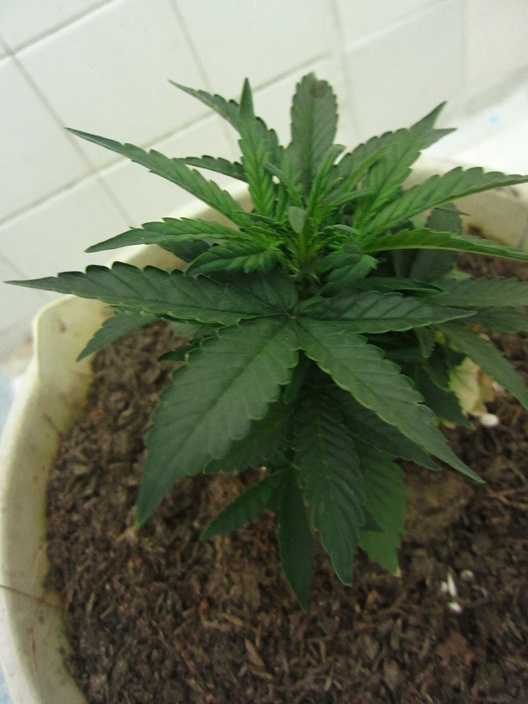 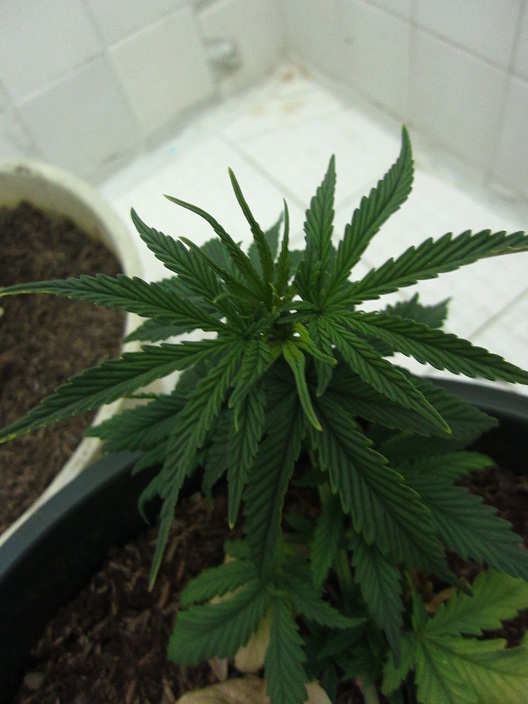 Their looing much better Parcero. I was thinking you could use some dark trash bags to get them moved. Stay safe.


Heres few pics of them today.

They are better, for now at least. 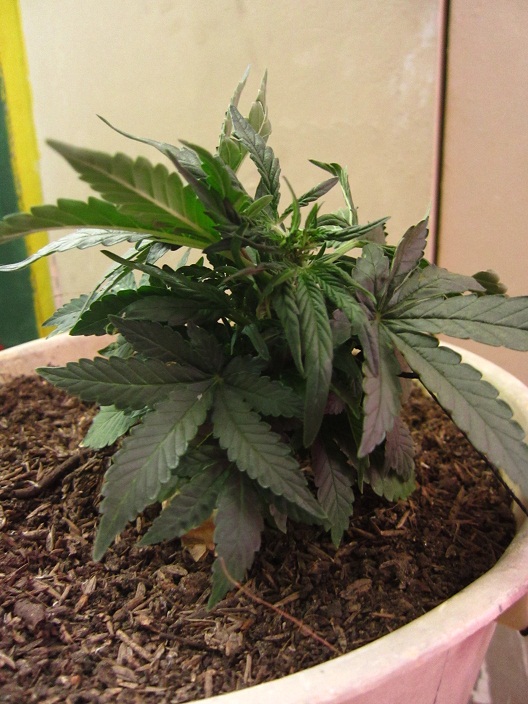 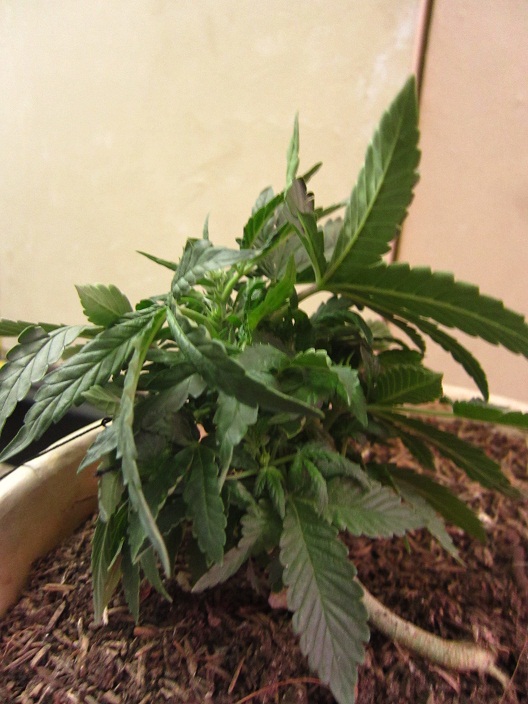 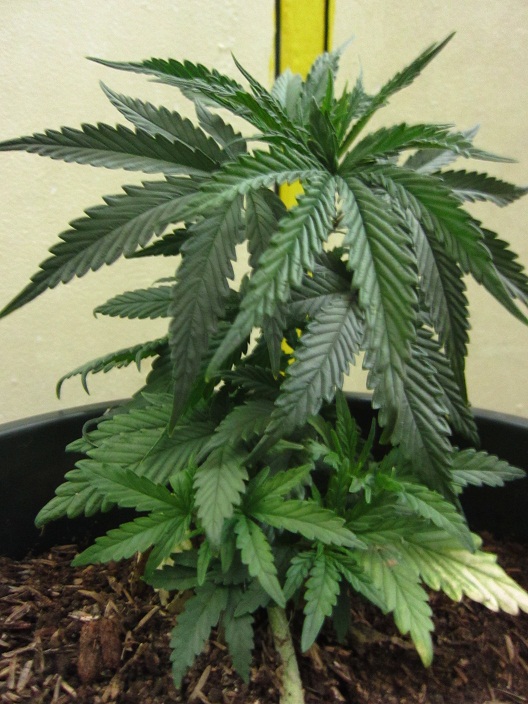 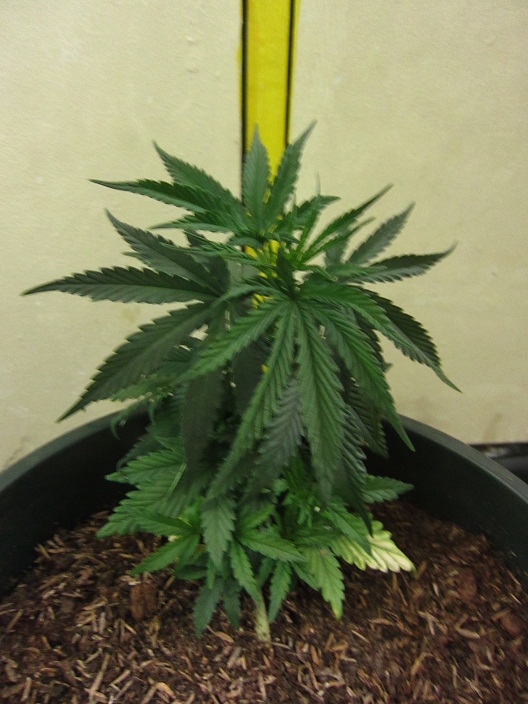 Feminized Pineapple Express hermied and went to the roof to finish its flowering last sunday.

Shiva Shanti II has moved to a new location with me and is waiting for its turn to get a place in the sun as soon as it grows a bit more. Still 24/0 under my LED.

Shiva Shanti II grew quite nicely all the way to second week of flowering and was male.

Pineapple Express suffered severe heat and was totally raped by the wind all the time. It did not grow at all after it started flowering, grew just a bud. :hubba:
Did not have a change to finish completely, my friend spotted some tiny white worms in it and decidet to cut it. I think it was day 70 or 71 from seed.
Very strong smell when trimmed. Now after about 3 weeks cured, very nice smoke. We had a small joint one morning to try and will smoke the rest some other day.

Now I have a new closet and placed second Pineapple Express between wet paper just today. This time it will go to its final pot straight, I wont repot this time. It will face almost same conditions as the first one , I think...

And couple of pics, thats its final size, except it grew a bit fatter 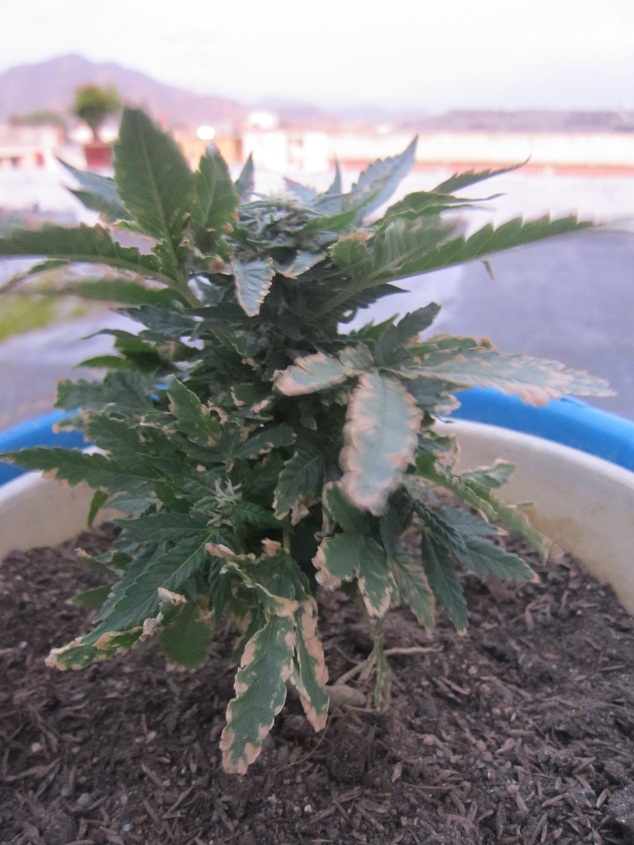 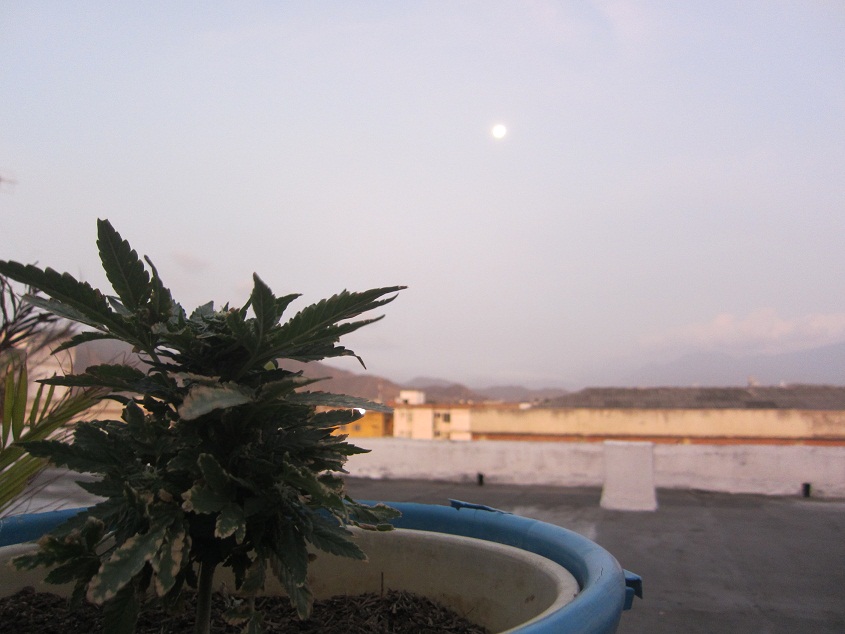