Some pics i took after trimming down one of my MI5 Autos.

Looks sweet --how does it smoke?

no clue yet. Just finished cutting it now. Gotta go in the box for drying for about 5 days 1st.

threw out some nanners on you huh? were they jsut late flower ones or where they there the whole time?

i like fem beans cause you know youll pretty much get females, but all this nanner nonsense seems to really appear on them, no matter how careful you are prevention. alot of the time it seems the fem seeds throw out nanners ont he first/second node then grow up as normal females, hoping that they dont show up again.

looks decent though, liking the purple hues to it.

I didn't notice any nanners lol. You referring to the bit on the bottom of one of the shots?

those are nanners, no doubt in my mind. you really didnt notice?

atleast they didnt seed it up, but the first picture looks liek mature enough for some pollen. 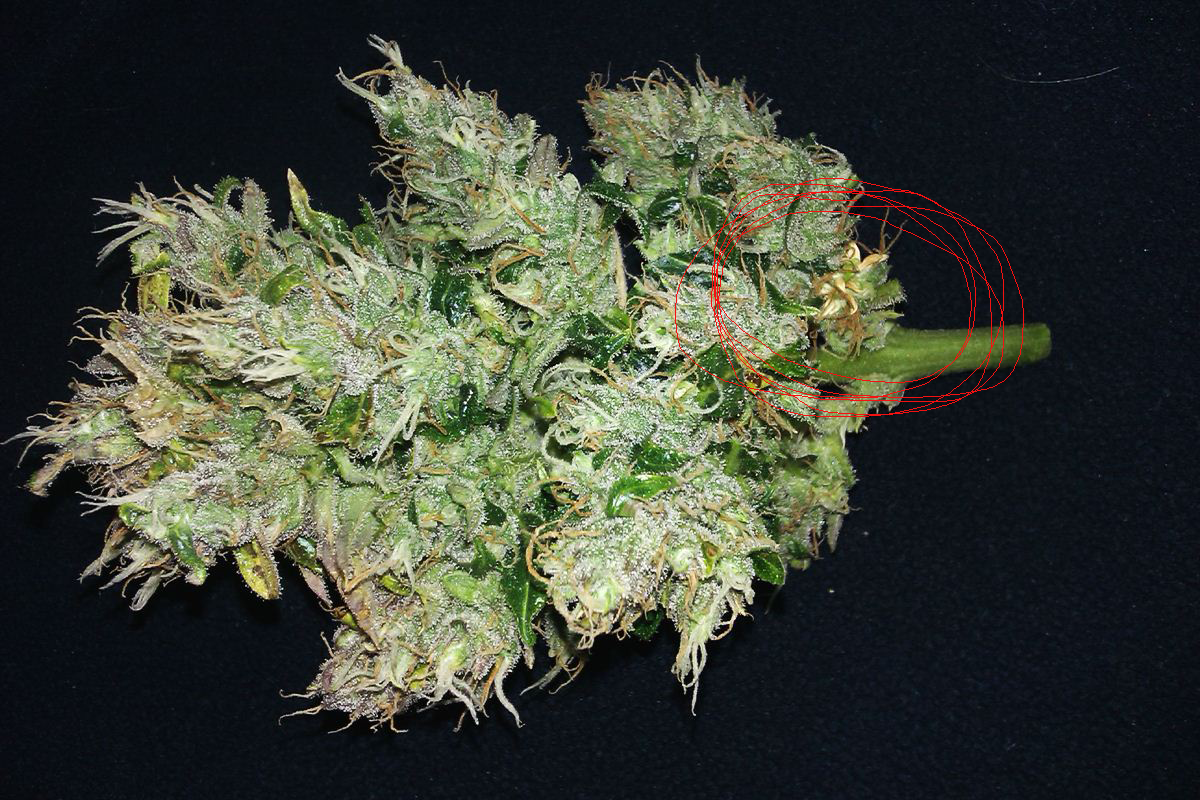 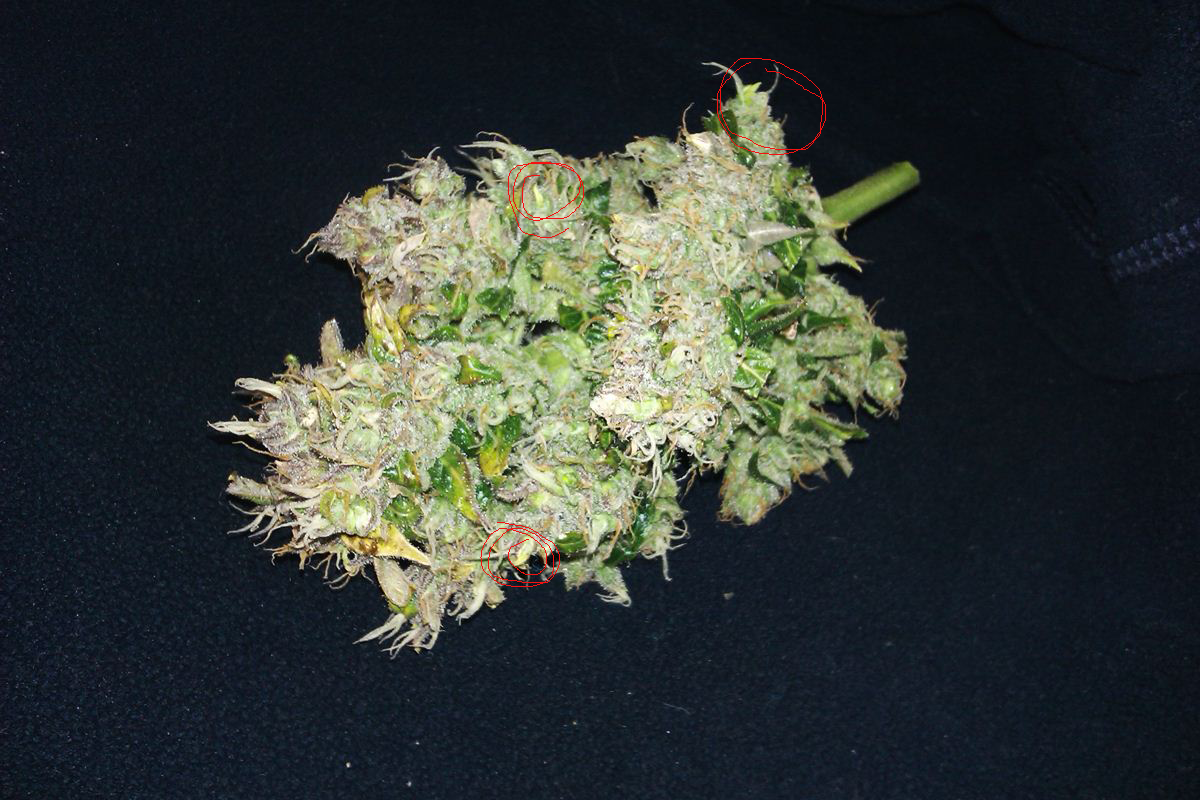 Ah Yeh I saw that. Didn't even think nanner. It was the only one though. And that is the same piece of bud just different angle.

Thanks for pointing that out. Hehe.

Congrats for the smoke Jericho. Bad luck with the nanners ... She looks a little immature also ... Perhaps 2 more weeks next time :aok:

when a female plant is stressed (or has a genetic predisposition) it will grow (male) pollen sacks which look like small lil bananas..or nanners (like how most 2 yr olds call them...lol).

Nanners are male parts on a female plant...later in flower they tend to look like lil bananas. Happens when a plant turns hermaphrodite.

Yeh that particular plant was rather stresssed towards the end with K def.

Thanks guys for the info. Hope that dosn't happen to me. Starting my third grow of Afghan Kush Ryder, Pakistan Ryder and AK 47. But nice grow dude.

Thanks for comments guys. Had an early taste and enjoying the high at the moment which is why its taking me forever to write this hehe.