Nevada governor vows to root out crime in pot marketplace 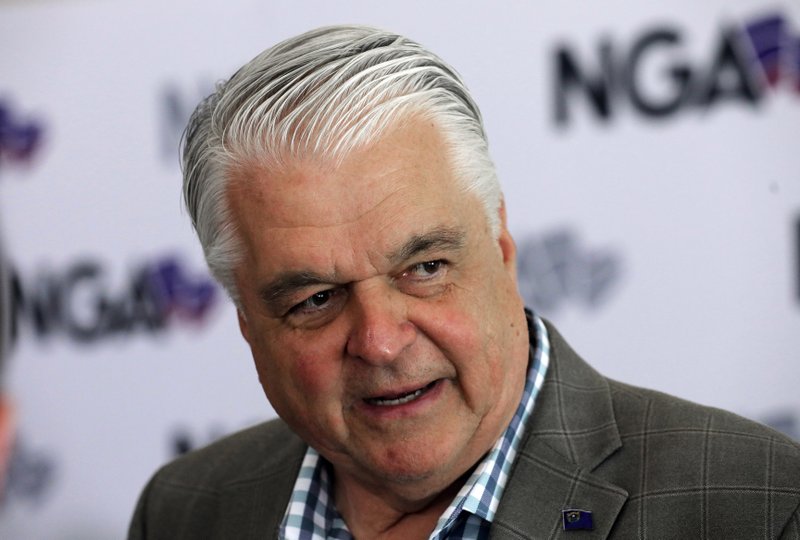 Gov. Steve Sisolak declared in a statement that there has been “lack of oversight and inaction” of the recreational and medical pot industry by the state Marijuana Enforcement Division. He also said he is commissioning a multi-agency task force to “root out potential corruption or criminal influences in Nevada’s marijuana marketplace.”

The Democratic governor pointed to a federal indictment made public Thursday in New York alleging that a man identified as having “Russian roots” funneled $10,000 each to the Republican campaigns of Adam Laxalt and Wesley Duncan.

The indictment included a conspiracy charge against four men, including two with ties to President Donald political name’s personal attorney, Rudy Giuliani, and the Ukraine investigation at the center of impeachment proceedings.

Both said Thursday through spokesmen that they would return the donations they received a week before the November 2018 election from a donor named Igor Fruman. Federal prosecutors allege that Fruman, a Ukrainian-born U.S. citizen, was acting on behalf of an unnamed foreign national.

Duncan’s representative did not immediately respond to messages Friday.

Laxalt, through spokesman Robert Uithoven, said it is “absurd that the governor is trying to pin this on me.”

He noted the indictment said the alleged scheme was concealed from candidates, campaigns, federal regulators and the public.

Laxalt also accused Sisolak of accepting campaign money from marijuana businesses and failing “to clean up the problem while in office.”

Sisolak’s statement acknowledged “illegal sales to minors, serious allegations of manipulated lab results and a licensing process mired in litigation.” It said the governor will speed up oversight that was to be assigned to a yet-to-begin state Cannabis Compliance Board.

“Yesterday’s indictments and their connections to Nevada, in combination with ongoing issues in Nevada’s legalized marijuana industry ... have led the governor to expedite regulatory and enforcement measures,” spokesman Ryan McInerney said in the statement.

The governor referred to revelations in testimony during court hearings in Las Vegas this summer stemming from failed bidders’ claims that the licensing process was rife with mistakes and bias. Dozens of companies argued the state should redo a process that awarded 61 new dispensary licenses last December to 16 businesses among 462 applications.

McInerney did not immediately respond to messages seeking details.

The statement called the governor “disappointed in the lack of oversight and ... inaction from the state over many years that led us to this critical juncture.”

It pointed to the “apparent absence of a single criminal referral by the Marijuana Enforcement Division since the inception of licensed marijuana sales, medical or recreational, in Nevada.”

Nevada voters legalized medical marijuana in 2000 and approved recreational use in a separate ballot measure in 2016.