Hey everyone so i recently picked up some new nutes "DNF" Seems to be working great just wondering if there is anything i should add other then my Bloom stuff, possibly something for the last two weeks before i flush to get great results.

guess that was a stupid question....!

Try some Sweet or some Floranectar.

Sorry to leave yu hanging brother, but I don't know what DNF is, and I suspect no one else that has looked at this thread knows either. Give us some extra info on yer nutes and regimen, and someone should be able to answer ya

DNF is a canadian nute choice, recently went to a hydro store close by and thats what he recommended.
DNF ''Dutch Nutrient Formula'' Bloom with two bottles A & B 5ml of both for a 10 ml mix per litre.
seems to be working well i was just wondering of any products out there that will boost buds in the last few week i have heard from a few friends there are products out there you can add the last two weeks before you flush and it will make all the difference just wanted some feed back from everyone here.
No worries on the lateness i was feelin dumb for askin lol

No worries mate...no dumb questions here. It would be hard though to suggest any extra boosters without really knowing the formula. I have a brand that supplies a variety of bloom boosters such as carb enhansers and many of the micro nutrients needed. If yu read the bottles or literature closely to see if the DNF offers a broad spectrum of nutrients and includes bloom boosters then yu probably don't need anything extra. But if it doesn't give a lot of info then go to the manufacturer's website and see what they say there. A lot of the the manufacturers will give lots of extra info on their products on their websites and recommend any boosters to their basic formulas, or warn yu that the specific formula is all inclusive and doesn't need anything extra.

o ok i got ya.
so things like npk of the product and the additives in it
my bloom nute is a 2 part formula Part A & Part B
Part A is 3-0-3
Part B is 1-0.5-3
So total is 4-0.5-6
im gonna throw a few pics on this post gimme some feed back on the plant, shes just finished her 4th full week of flower lemme kno if everythings looking good. i dont really kno if its coming along like she should first real gorw indoors so i can pay alot more attention to her in here just wanna make sure im doing it right.
I was always so lazy when it come to outdoors dont own a car and living in the city i have had to depend on partners to do what is needed, so i never really had a hand in the bloom and feed of any plants.

The yellow on a few leaves is from my past nute i was using wasnt workin and was told to change..... 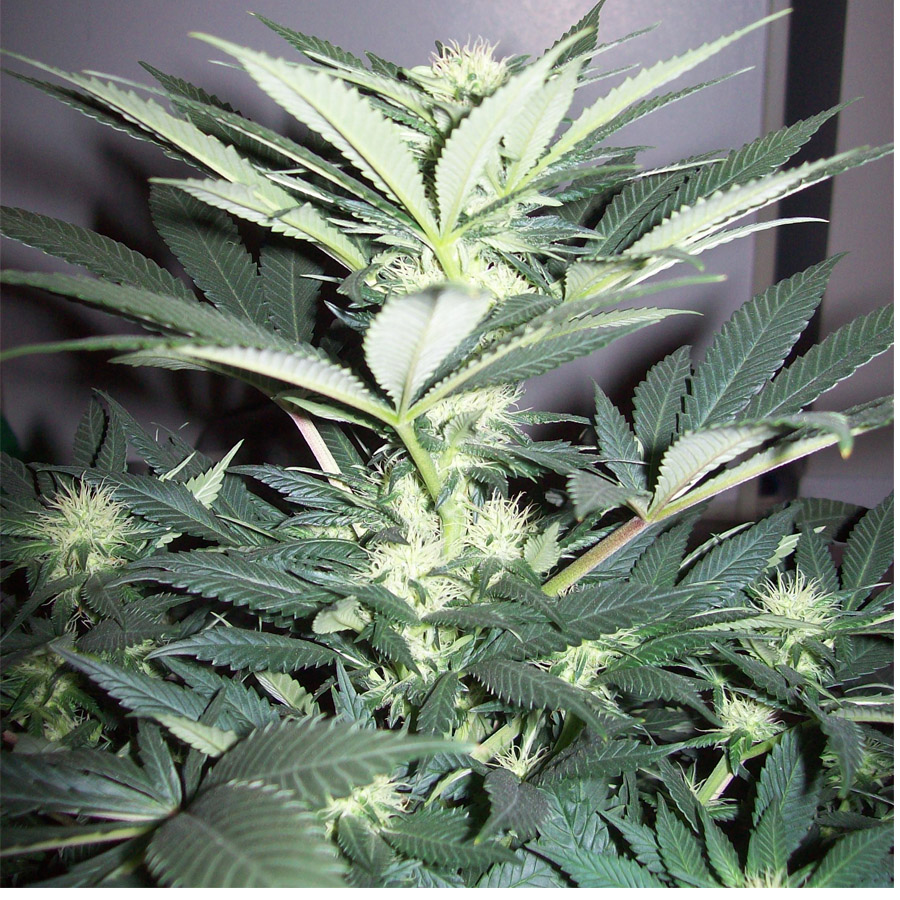 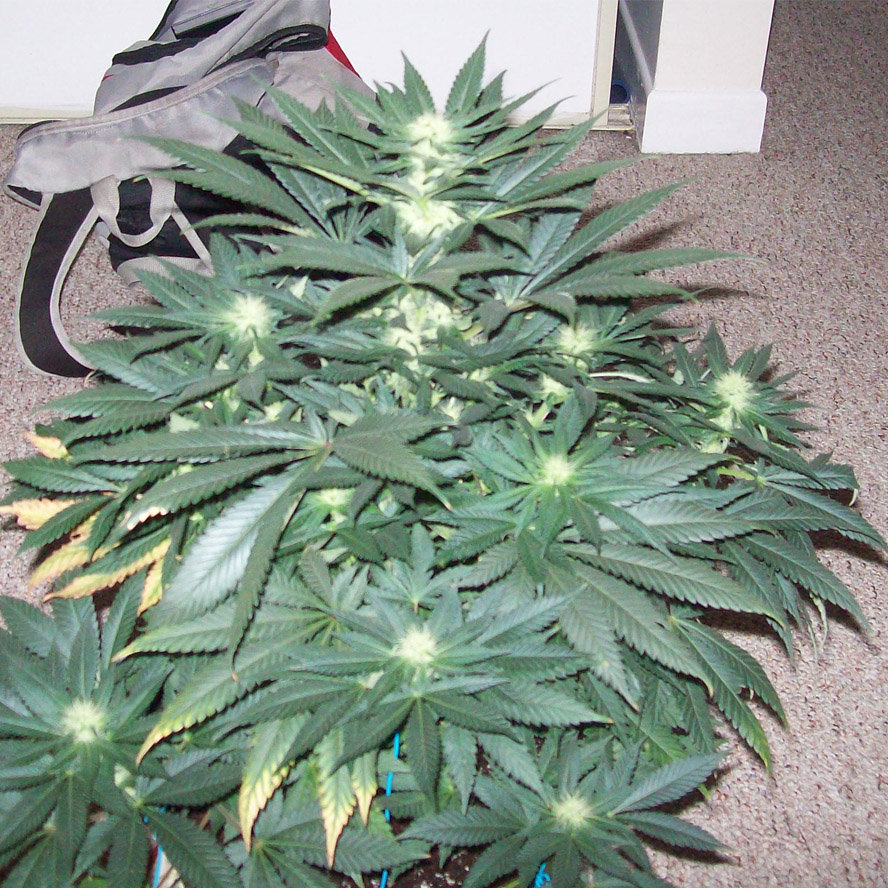 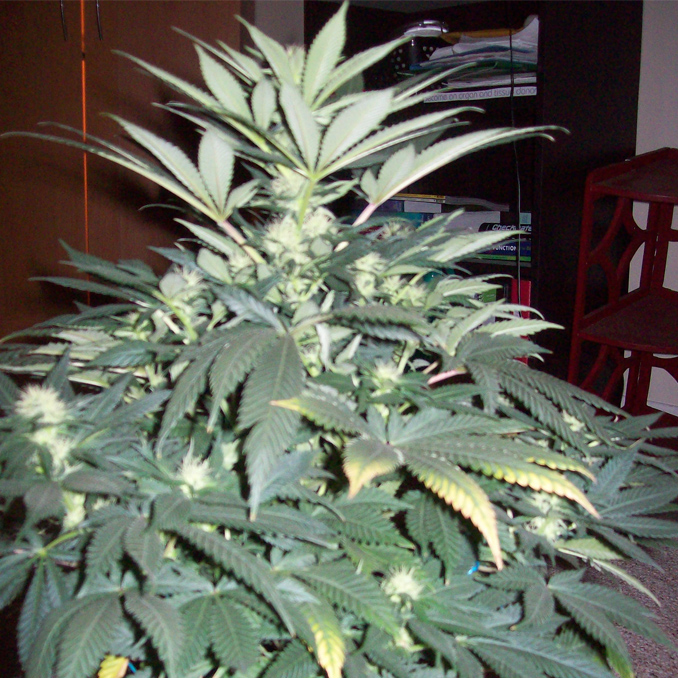 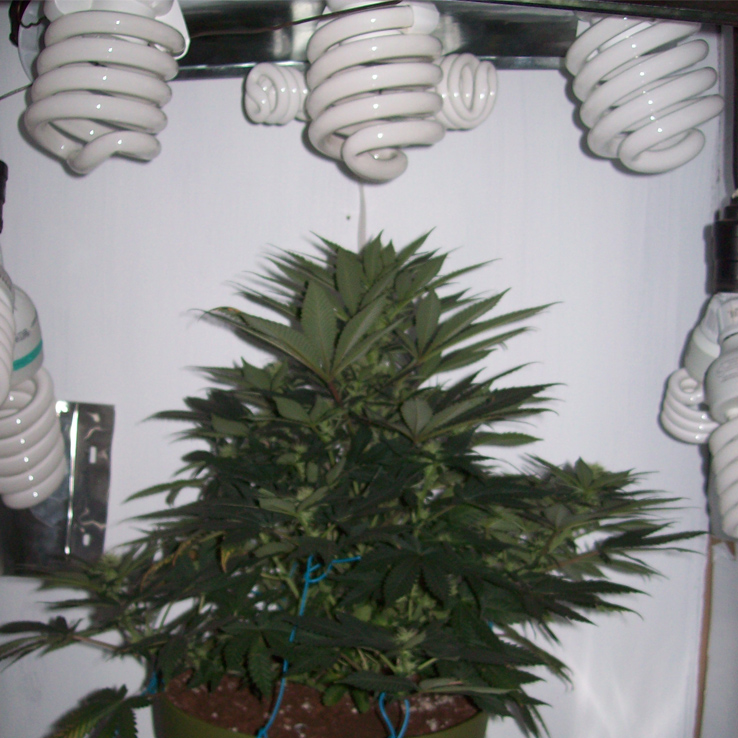 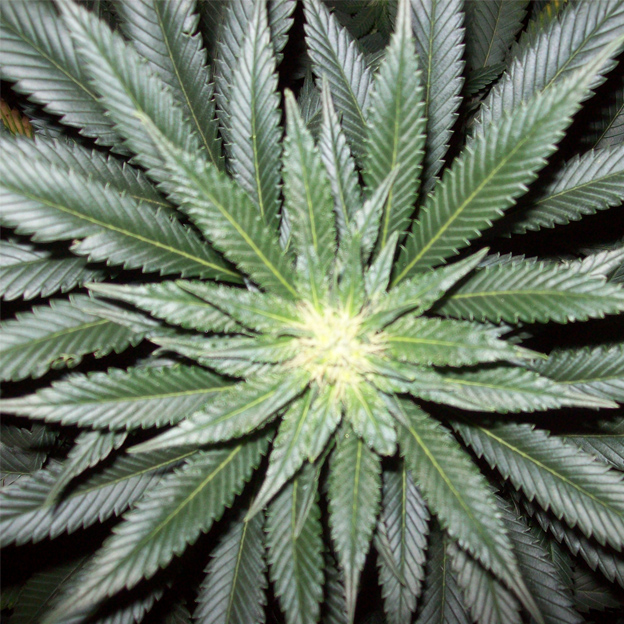 There site dosnt say much about the product this is it......Dutch Nutrient Formula, is plant nutrition developed in Holland. It has been in existence for over 23 years and has everything required for plants to obtain optimum growth.
DNF is an easy to use, convenient 2-part formula for both Grow and Bloom stages which maximizes nutrient uptake. Our method combined with superior ingredients eliminates binding, solidification and waste of mineral elements, which occurs in ordinary 1-part plant food. All elements in DNF are utilized making it the most economical nutrition for your plants.
DNF will show proven results with testimonials from trusted professionals in the industry. It contains no additives or dyes and is heavily concentrated for unsurpassed value
D

I use Koolbloom as an additive from week 5 to finnish.

ill look into it see what it is and if theres a product around me thats alike.
im just wondering if what im doin is good i see vids n utube n other sites some look alot like my plant and others have serious colas im just wondering if my plant is at a good point or is shes not flowering to her fullest
D

What week is she on again BOB?
T

That sounds like way way too much N and way too little P to be a Bloom formula....

Said was end of 4th.

I say they look good a bit small for that time but some strains just dont produce big buds.

Those nutes seem low in P to me, esp. for flower.

For week 4 they are doing just fine imo, especially for floros.

Yer plant is looking really good. I think yu are doing just great on it, given the circumstances of yer situation (first indoor grow, first time dealing with nutes). I say don't change a thing.

I wouldn't disagree with Dman here except that I really don't think adding Koolbloom would make any difference for yu because yu are under CFL light and are not able to maximize yer growth potential. Yu are getting IMHO the most yu can get for the amount of light energy that is being supplied. Adding anymore in the way of nutes at this point would be wasted at best, and damaging at worst. (Again this is my educated opinion ) It really comes down to elemental ballance. The plant has a genetic code that tells it to make the most of its environment in order to reproduce. It takes in light energy from the light source available and uses that to power its sugar building machines (chlorophyl). At the same time it takes in nutrients from both the roots (water and chems) and carbon from the air(CO2). All of these things must be within the proper amounts for the plant to survive, and additional amounts are used for the plant to thrive and reproduce. If any one of these elements is below requirements for "maximum thrive" then the plant will work with what it has to thrive as best as it can. If one or more of these elements is below requirements for the plant to thrive, then it will do its best to survive.

( I had some plants last year that my partner royally screwed up the chems on them and was afraid to do anything else. So the plants went all the way through flower on just heavy water, light, and air, and they still grew OK and produced a "decent" amount of bud. But nowhere near what they could have if they would have had proper nutes to go along with the air, water, and light.)
At this point yu have ballance within the elements of light, water, air, and nutes. Before when yu were using a different nute formula yu had an imballance that was causing the problem. It may not hurt at this point to add an extra bloom formula to the mix, but if yu are not able to supply the level of light energy that the plant needs to process the extra nutes then the extra nutes will not be able to be used. However, I am making a very large assumption here from what I can see, that yer lights are not providing the amount of lumens needed for "maximum thrive". If I am wrong and yer plant is sitting under more than 8000 lumens per square foot of orange/red spectrum light, then yu would benefit from extra bloom nutes, and all that I have just said is only educational:doh: But I hope either way that this helps yu understand how the ballance of elements is what is important.

any drastic imballance of any of these elements= problem with plant

I am gonna have to revise what I just said. I went back and looked at the formula that yu are using and realized that I missed that the nutes are really too low for bloom. I would agree with Dman at this point that yu do need to ad some Koolbloom or other bloom nutrient to yer formula:doh: Some additional bloom nutes would probably ad some to yer buds by the harvest

i got it from a well known hydro store ask what i should and thats what he gave me even told it was for indoor and what week of flower but didnt go into detail he gave me that and said it would work great but i still think myself i should add a little something more... thanks again ill look into something 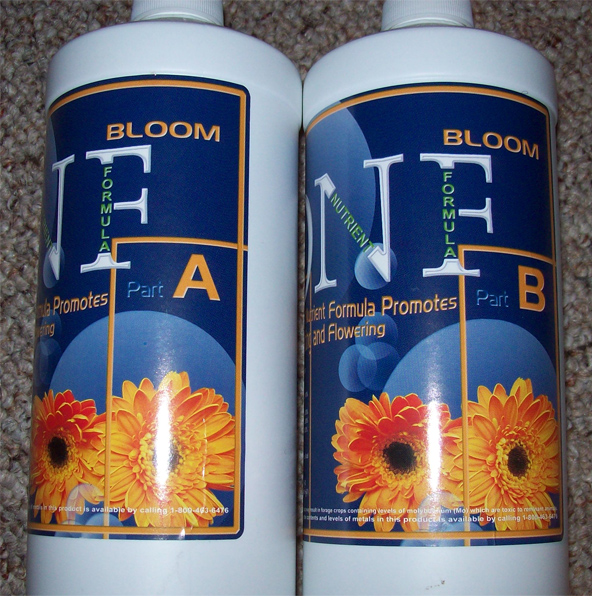 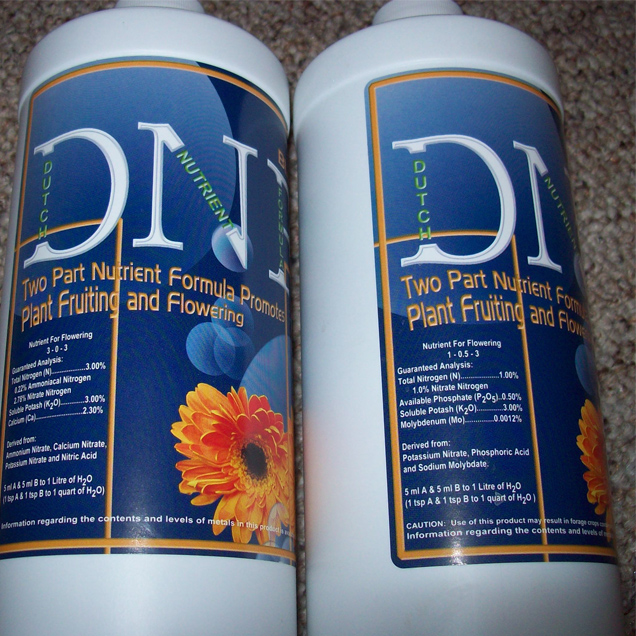 what is koolbloom as a product for mj i live i canada and prob cant get that product here just wanna kno what style of nute it is so i can ask around.... what sort of npk would be a good little boost to what im using now
Part A is 3-0-3
Part B is 1-0.5-3
So total is 4-0.5-6
i was also reassured that this store/owner would point me in the right direction.
i just asked for easy, add to water, indoor dirt, week 3 at the time in flower.. thats what he handed me.... i dont kno much about DWC would he maybe have sold me a hydro nute and not a dirt?? i donno what hydro npk is for flower...
You must log in or register to reply here.
Share:
Facebook Twitter Reddit Pinterest Tumblr WhatsApp Email Link