Finaly i get the pics uploaded:yay: . This iz my lil lady she's in her 4th week of flowering, NO BUDZ, NO SMELL!!!!! But she iz looking good. I counted close to 20 bud sites and it goes up almost daily lm useing 4 42watt cfl's 2700 lumens each light. Shes jus about 1ina half feet long if it waz streched out, sence its not its jus under 9". i plan on letting her go untill the 1st or 2nd week in march or sooner depends on the color of the hairs......and now i would like you all to meet "LiL" Ms. Orange Kush:welcome: 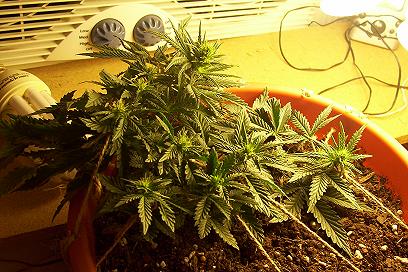 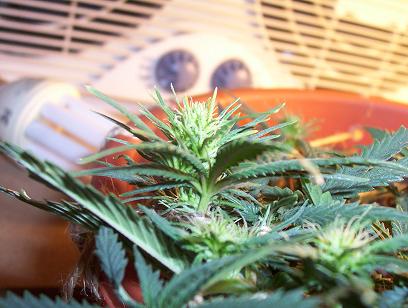 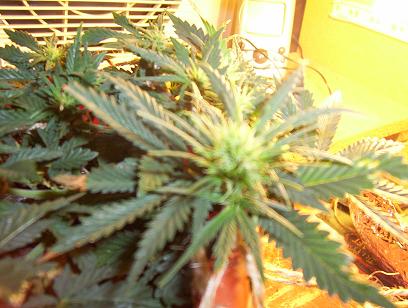 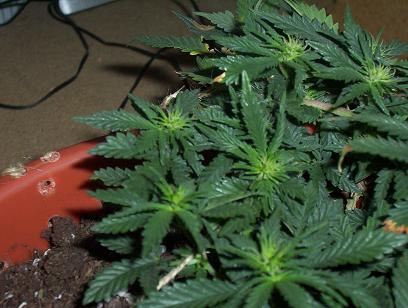 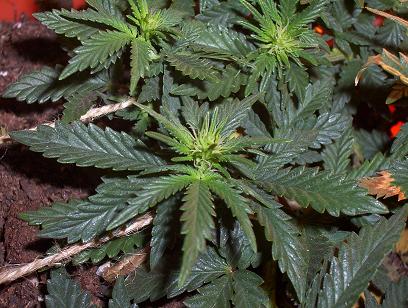 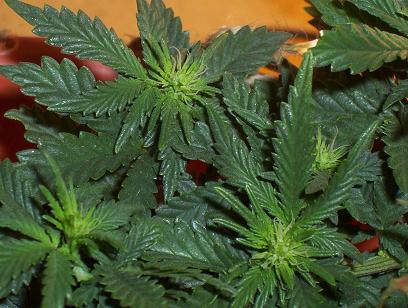 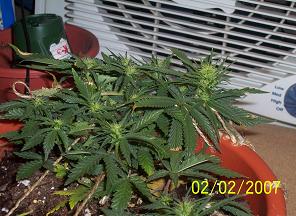 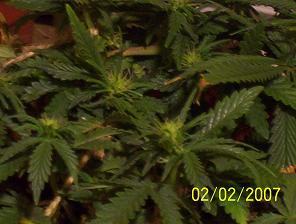 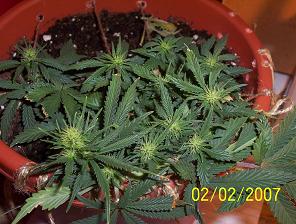 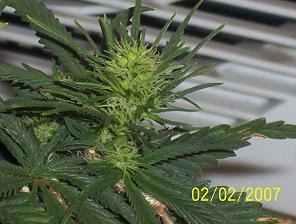 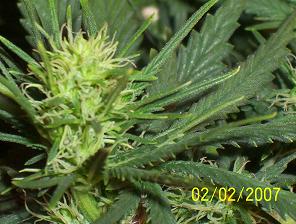 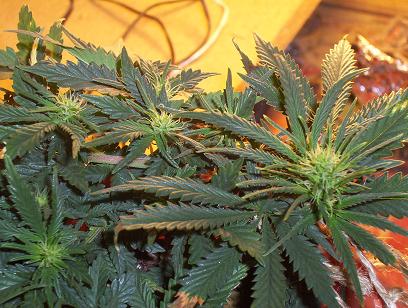 damn them ladies look great. looks like ur gonna get alot of budz out of her mmmmmmm lol
T

Earlyer pics of tha grow. can u beleave this iz my 1st grow and no big problems to worry about besides the light being to close, and the temp kept going uo to 95-99* i seen it hit 102 in there but this woman seemed to not mind. Thankx to err1 tha posted help when i asked a "Q".i got another 6-7 weeks to go but still not to sure sence it's not budding up. do u think if i up tha dose of super bloom that it will help or jus be patence and wait it out??????? 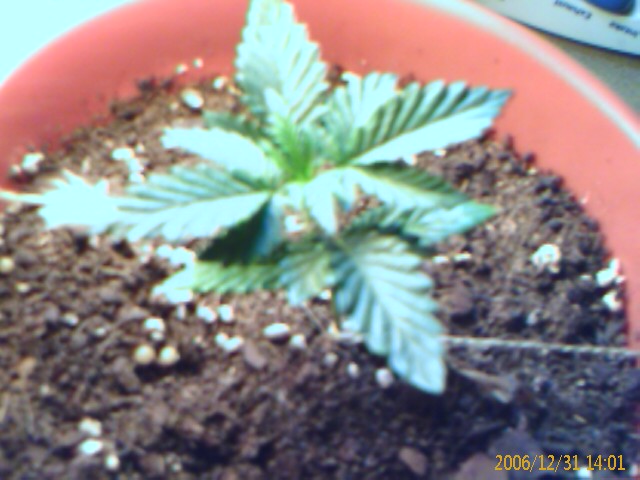 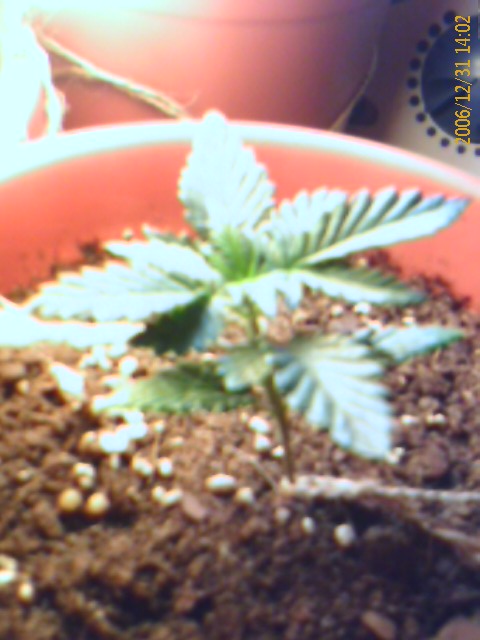 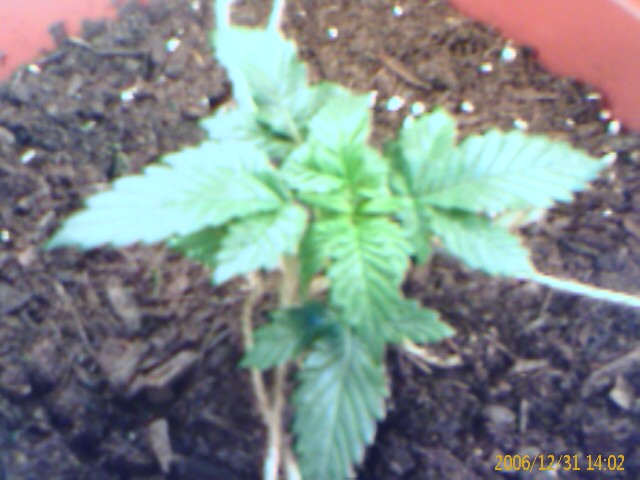 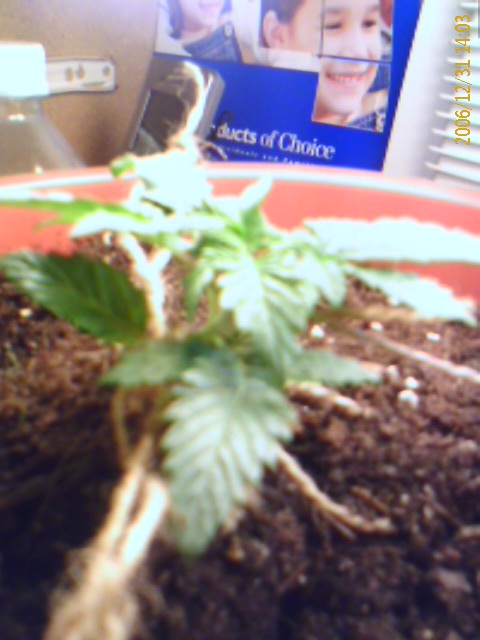 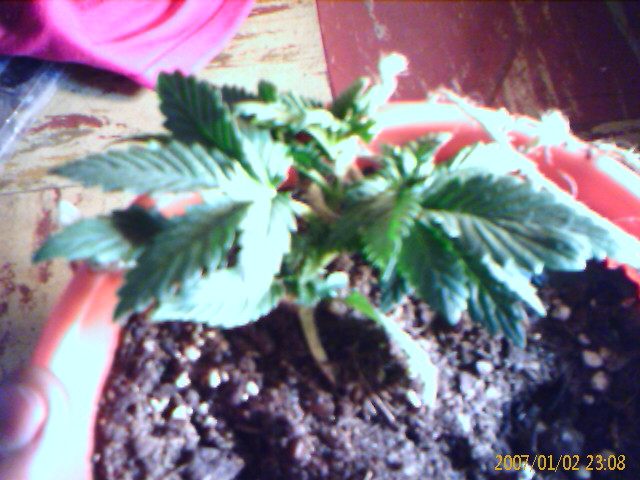 Whats up BFOK. Your ladies are looking great. I would just wait it out as far as nutes go but that's me. You have a ways to go before they are done and i'm sure they will fill out for ya.

I Waz thinking the same TBG, Do any1 know where i could find the THC content, flowering time and if its indicia or sativa????

bit of info there for ya mate nice looking ladies
D

For a kush plant its prolly about 9 weeks... but then again it is orange kush so it may be shorter... especially by the looks of it.

The original genes of this strain come from the Hindu Kush valley, a mountainous area. The seeds were brought in the 1980's and crossbred with several varieties to create this lovely Indian type. This strain smells lovely; the leaves are big and dark green. A plant you can smoke all day. Sativa/Indica 50%/50% Taste is real nice and smooth... silky. It's like a sweet fruitshake when smoked via the vapouriser. After smoking a joint (and a bong hit), I realised how nice and stoney this gear was. Lasting for almost 3 hours the high was more of a "body dope" with a few visuals thrown in to keep you from falling into a trance! 8-9 weeks Indoor/Outdoor
115-130gr

are they from seed mate if so what seed company

Yea i get these from seeds,i bought a Qp and i found like 15 20 seeds in it, Thankx for the input dev, i jus loocked in on her and i see tiny crystals on some of the new bud sites but not on the older on as much, i jus stoped misting her about 2weeks ago i used nursey water and powdered organic sugar did that 3 times a day sence it sprouted (then there were three others Skunk=male and a bag seed that jus didnt make it) I wanted to save the pollen of the skunk that waz in there but i decided to risky to wait for it to mature any more then it iz so it been gone from the 1st week of flower as soon as i seen balls. ima start a LST grow jurnal on her from start to finish wit pics and steps. Well it's 11:00 am here central time so its tyme to smoke again holla at ya l8ter thanx for the info also
Z