This thing has been slowly (8 mph) trailing through Long ***** and surrounding cities on its way to the Museum of Art. Since LBC is Los Angeles Caídos's dumber sister (if that is possible), naturally they had to throw a party for the rock. Look up "long beach" rock lamca with the quotes on Google. Actually it was sort of fun. The DJ was playing only songs that had the word "rock" in them. The machine schlepping the rock was built specifically for it. 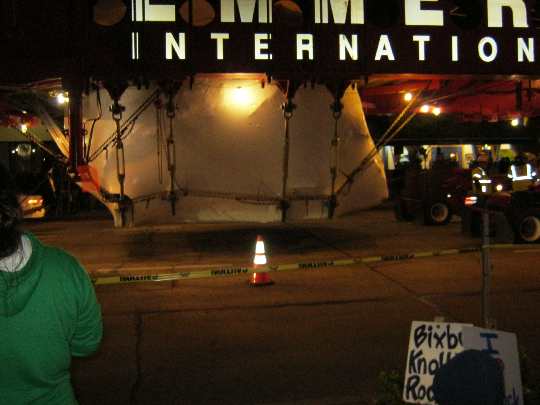 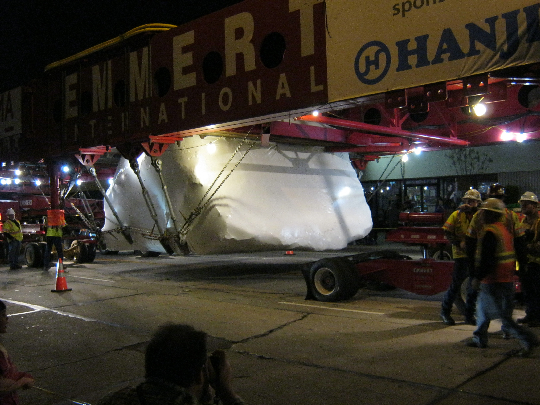 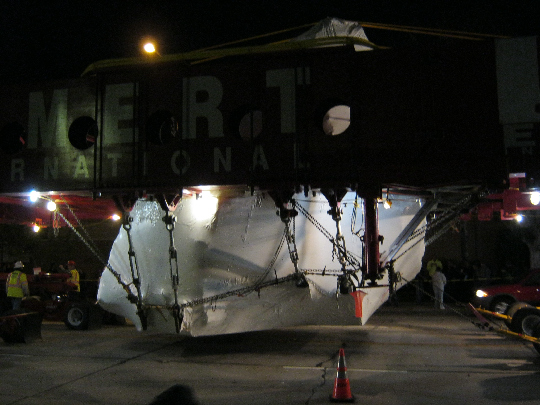 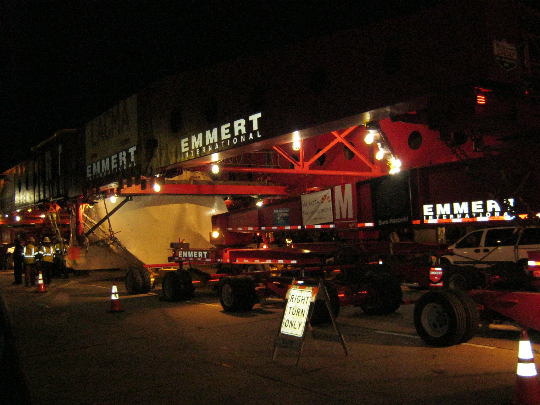