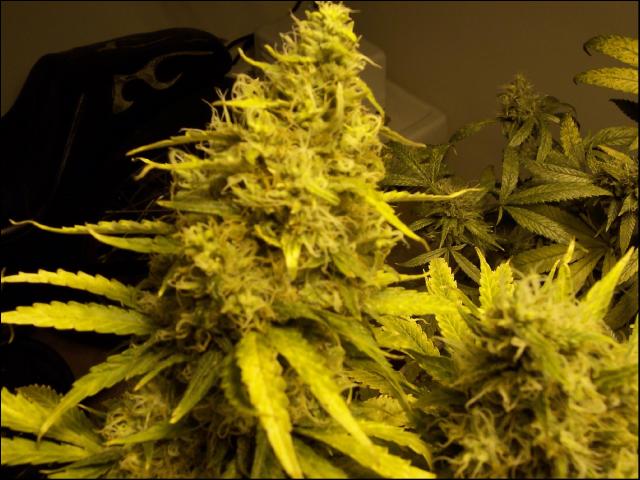 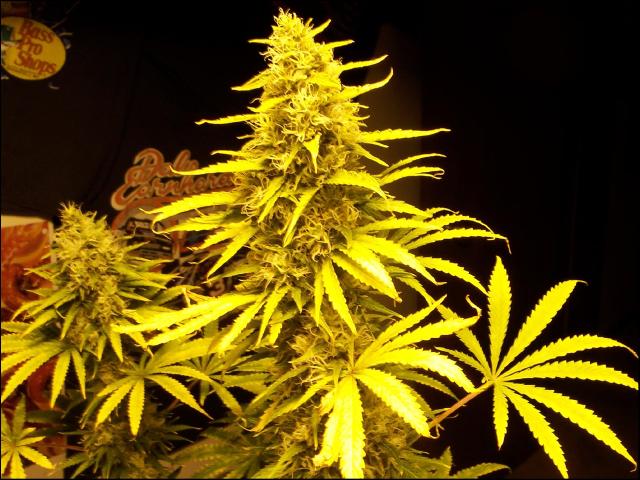 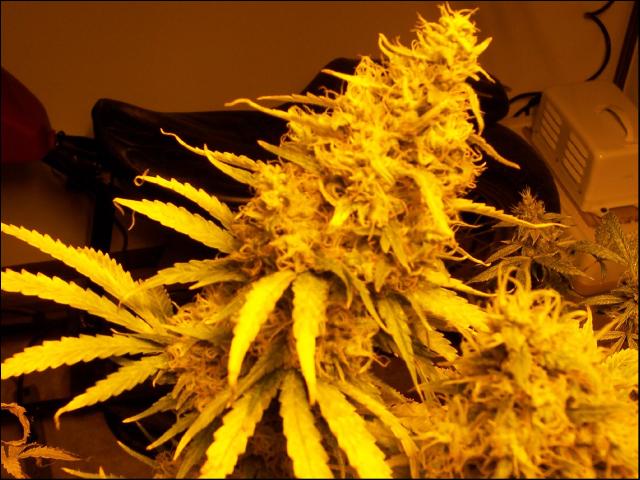 damn thats sweet. do you know the cross by any chance? the breeder?

Thanks man. It was the best I've ever done, and I've done most of the heavy hitters. It's from Almighty Seeds and it half Jack Herer and half Sensi Star. It's our favorite around here.
T

thats a nice cross with a punch.

Grows like crazy, WILL stretch some, but with LST we got about a dozen baseball bat-sized colas off of it from seed. And man, it will put you down. Most potent I've ever seen. Serious couch stuff- that how I like it, though.

Those are some sweet lookin buds.

what week are those plants in?

TS- they were photographed while in week 7, I believe.
C

man we have a couple guys that have that strain going here also an yes this smoke is so awesome would deff. recomend

I've got one that's starting 12/12 tonight along with 5 other strains, CM. Good thing I have clones. I still say it's among the best. 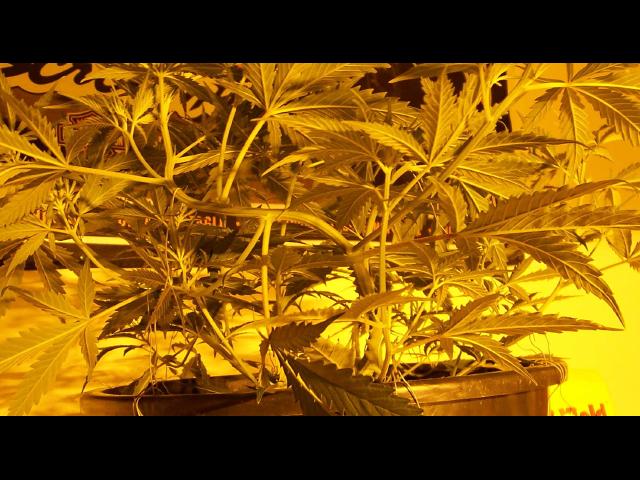 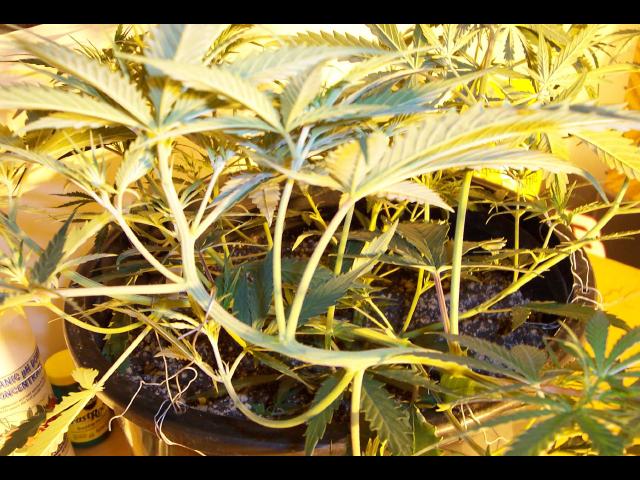 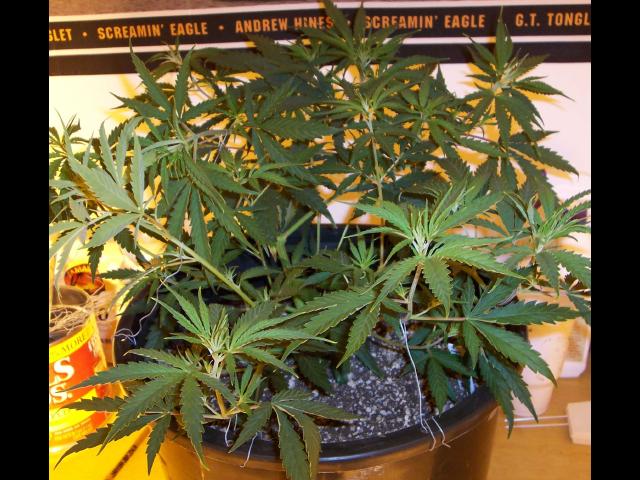 Thanks, LL. Here is the 'Tron 6 days into flower. 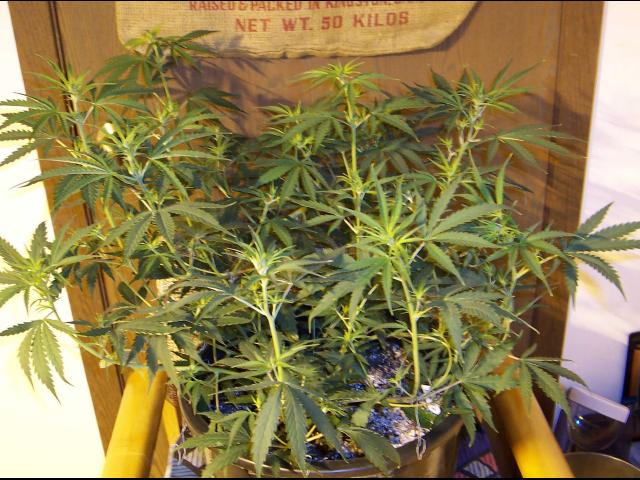 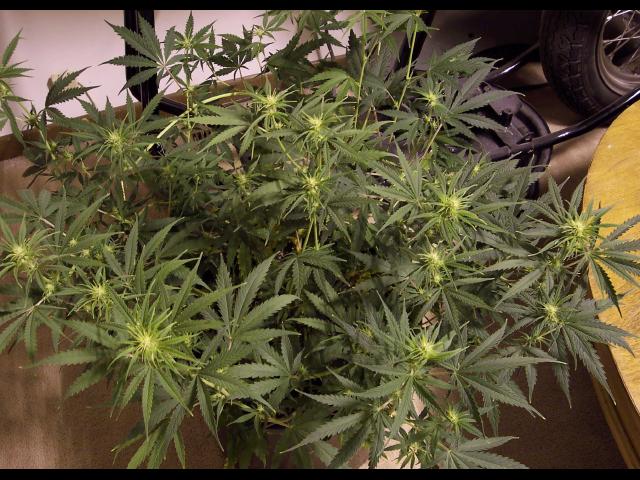 Looking great R&B. That sucker has packed on some bud since the last pics. How long does she flower for?

Just now showing where the flowers will be. Believe me, size will not be a problem with this strain. I'm thinking it would be a good candidate for a SCROG, but I've never scrogg'ed before. ****, I've only ever met one other person who grew this strain. It's a well-kept secret, I guess, but I don't mind letting the cat out of the bag-lol.

I usually flower it for 64-70 days, but this is the first time I've done it from clone.

What do you want to know?

I've done a lot of heavy hitters (AK-47, WW, SSH, Cherry Berry, Royal Hawaiian, NL, Skunk, Nebula just to name a few). In my opinion, the Sensitron is the best. That's just my opinion. When I turn others on to it, they pretty much say the same thing. I've never had anything like it.

In the past, it's only been from seed. All of them were absolute monsters. At least bigger than anything else I've done with my single 1000w HPS. Last time around I did 3 of'em and averaged 6 ozs each. My best average on any strain.

The only knock I had on them was that they will definately stretch more than most strains that first couple of weeks in flowering. You gotta stay on top with the LST. They handled nutes pretty well also in the past. I'm all about the organics, though.

They produced the biggest buds I've ever grown and when you grab hold of'em, they will leave your hands sticky and smelling like lemons. The pistils barely changed from their yellowish-white color even at 9 weeks.

Potency was like I said, the best I've seen and taste is almost like Kush or Diesel. Some say like cat-piss. I don't agree, because I don't think I could ever crave cat-piss.

Whatever you wanna call it, it gets on top of you in a hurry. I swear I can actually hear my mind buzzing-lol.

What are the benefits of using the cannabis seeds?

I love this girl
2