Study on cannabis chemical as a treatment for pancreatic cancer may have 'major impact,' Harvard res 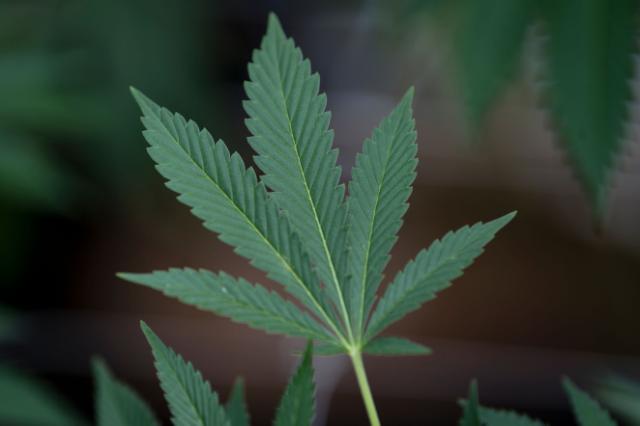 Scientists from Harvard University's Dana-Farber Cancer Institute have found evidence that a chemical derived from cannabis may be capable of extending the life expectancy for those with pancreatic cancer. (Photo: Pablo PORCIUNCULA BRUNE / AFP)

Headlines about the illness, as a result, tend to be discouraging. But this month scientists from Harvard University’s Dana-Farber Cancer Institute have released some much-needed good news. In their study, published in the journal Frontiers of Oncology on July 23, the researchers revealed that a chemical found in cannabis has demonstrated “significant therapy potential” in treatment of pancreatic cancer.

The specific drug, called FBL-03G, is a derivative of a cannabis “flavonoid” — the name for a naturally-occurring compound found in plants, vegetables and fruits which, among other purposes, provides their vibrant color. Flavonoids from cannabis were discovered by a London researcher named Marilyn Barrett in 1986, and were later found to have anti-inflammatory benefits.

But while scientists long suspected that cannabis flavonoids may have therapeutic potential, the fact that they make up just 0.14 percent of the plant meant that researchers would need entire fields of it to be grown in order to extract large enough quantities. That changed recently when scientists found a way to genetically engineer cannabis flavonoids — making it possible to investigate their benefits.

Enter the researchers at Dana-Farber, who decided to take the therapeutic potential of one of these flavonoids, FBL-03G, and test it on one of the deadliest cancers through a lab experiment. The results, according to Wilfred Ngwa, PhD, an assistant professor at Harvard and one of the study’s researcher, were “major.”

“The most significant conclusion is that tumor-targeted delivery of flavonoids, derived from cannabis, enabled both local and metastatic tumor cell kill, significantly increasing survival from pancreatic cancer,” Ngwa tells Yahoo Lifestyle. “This has major significance, given that pancreatic cancer is particularly refractory to current therapies.”

Ngwa says that the study is the first to demonstrate the potential new treatment for pancreatic cancer. But on top of successfully killing those cells, the scientist found FBL-03G capable of attacking other cancer cells — which was startling even to them. “We were quite surprised that the drug could inhibit the growth of cancer cells in other parts of the body, representing metastasis, that were not targeted by the treatment,” says Ngwa. “This suggests that the immune system is involved as well, and we are currently investigating this mechanism.”

The significance of that, says Ngwa, is that, because pancreatic cancer is often diagnosed in later stages, once it has spread, and the flavonoids seem to be capable of killing other cancer cells, it may mean the life expectancy of those with the condition could increase.

“If successfully translated clinically, this will have major impact in treatment of pancreatic cancer,” says Ngwa.

The next step for the Harvard researchers is to complete ongoing pre-clinical studies, which Ngwa hopes will be completed by the end of 2020. That could set the stage for testing the new treatment in humans, opening up a new window of hope for a group long in need of it.

Source::: https://www.yahoo.com/lifestyle/stu...impact-harvard-researcher-says-165116708.html
You must log in or register to reply here.