Language in the two new bills would be difficult, if not impossible, to implement. 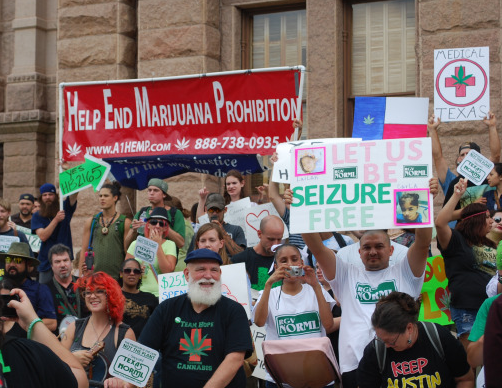 The good news is that the concept of cannabis therapy is gaining traction across the country. However, the newest medical cannabis legislation that passed in Texas and Louisiana may never go into place.
Texas Gov. Greg Abbott signed a controversial bill allowing CBD for those with epilepsy. The extremely narrow and, at times, contradictory language may prevent it's implementation.
The Lone Star State had a more feasible medical marijuana bill and a measure for decriminalization considered this year as well, but they failed to move in the legislature.
Under the new law only certain forms of marijuana would be available: Cannabis with less than 0.5 percent THC and more than 10 percent CBD, and in oil forms only.
The Daily Chronic points out the most glaring flaw in the language:

Perhaps the biggest challenge facing the implementation of SB 336 is the bills requirements that doctors must prescribe marijuana to patients, which is not allowed under current federal law and exposes doctors to federal criminal sanctions. In other states that have implemented medical marijuana programs, doctors recommend medical marijuana to patients or certify patients to enroll in their states programs.
Unlike prescriptions, recommendations and certifications are federally legal and protected under the First Amendment.
​
The move in Texas makes it the 15th state to enact a CBD-only law. So far none of the ultra-restrictive programs have served a single drop of the oil to a patient.
Louisiana passed a very similar bill two weeks ago. Gov. Bobby Jindal is expected to sign it into law.
Pelican State lawmakers also sent the governor a bill to reduce marijuana penalties, which are are some of the harshest in the nation. That bill eliminates the possibility of Louisiana residents receiving 20-year sentences (as in the case of Corey Ladd, who was caught with 15 grams in 2013) for small amounts of marijuana.
The new measure, billed as sentencing reform, sets the penalty at 15 days in jail for less than 15 grams. For 16 grams to 2.5 pounds, the sentence is six months. Repeat offenders would still get eight years in prison. Jindal is expected to sign that bill as well.
CBD-only laws, low-THC bills and programs that do not allow smoking have dominated the political landscape at the state level.
The ultra-limited legislation has become the new form of opposition. Rather than offering safe access they're designed as calculated political maneuvers to halt more comprehensive bills from being considered and passed.
It's notable that these do-nothing laws are being passed in states that don't allow voters to have a say. States that have passed bills via ballot initiative have been much more comprehensive and effective. But when the issue is left up to the local politicians the result has been disappointing to patients.
The restrictive laws have not stemmed the tide of medical refugees moving to fully legal areas like Colorado, Oregon and even Washington, DC, where growing up to six cannabis plants for any purpose is no longer prohibited.
You must log in or register to reply here.
Share:
Facebook Twitter Reddit Pinterest Tumblr WhatsApp Email Link