The Latest Tailwind for Marijuana

This past January, Idaho authorities stopped a trucker transporting nearly 7,000 pounds of marijuana across the state, heading toward Colorado.

But there was a wrinkle …

When stopped, the trucker and the shipping company claimed the product wasn’t marijuana.

After testing, the results confirmed that the 7,000 pounds of green substance confiscated by the Idaho State Police was, in fact … hemp.

Regular Digest readers will recall that last December’s Farm Bill legalized industrial hemp, as long as it has less than 0.3% concentration of THC, which is the psychoactive component in cannabis.

This story illustrates a growing problem facing law enforcement, which also serves as another reason why federal legalization of marijuana is closer than ever …

Out on the streets, authorities simply can’t tell the difference between legal hemp and illegal marijuana.

Despite all our technological advances, the majority of police nationwide don’t have the technology to distinguish between the two plants. And that spells trouble — so much so, that some prosecutors are now abandoning marijuana-related cases simply because they’re unable to prove whether an alleged offender is engaged with illegal marijuana or if they’re just a part of the newly legal hemp industry.

This is putting more pressure on authorities to put an end to the confusion surrounding the entire marijuana/hemp/legal/illegal issue. And what’s the most likely outcome? Full legalization.

***Is it marijuana or hemp?

When politicians pushed for the passing of 2018’s Farm Bill, they likely didn’t envision the unintended challenges it would create for law enforcement officials …

Is it marijuana or hemp?

A recent report by a Tennessee news station detailed the problem.

Is it hemp or marijuana? Growing demand for the hemp plant is causing problems for police who are responsible for stopping illegal drugs.

Knoxville’s police chief says the booming industry makes officer’s jobs more difficult because it is so hard to differentiate between hemp and weed.

“They look the same. They feel the same. People smoke them,” said (attorney Leslie) Ballin.

(Memphis Police Department) doesn’t have equipment to test for hemp, and the (Tennessee Bureau of Investigation) at this point can only do limited testing at the crime lab in Nashville.

Take a look for yourself at the photo below. If the two plants weren’t side-by-side, do you think you’d be able to distinguish between marijuana and hemp? 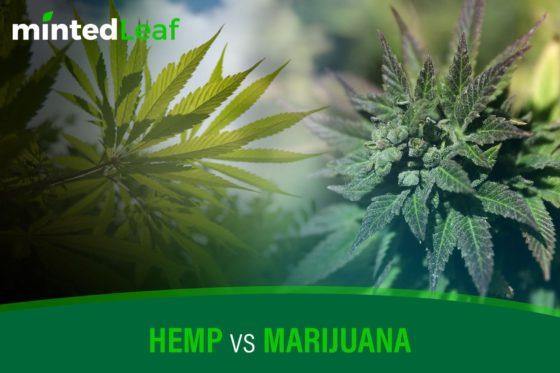 Bloomberg recently reported on a Marine named Andrew Ross. He’s facing 18 years to life in Oklahoma if convicted, after being arrested while providing security for a load of state-certified hemp from Kentucky. Ross was riding in a van behind a semi-truck filled with hemp that ran a red light and was pulled over.

Ross said he provided police in Pawhuska, Oklahoma, with the state-issued license for the Kentucky farm that grew the hemp, the license for the Colorado lab that was buying it and chemical analysis paperwork for all 60 sacks of hemp that he said shows it was within federal guidelines for hemp.

That wasn’t enough for the officers. They tested the shipment and found it contained THC — although not how much — and arrested Ross, his colleague and the two truck drivers …

“The whole (hemp) industry has been turned upside down. Everyone is terrified. No one wants to transport anything,” Ross said.

So, how does this confusion around hemp and marijuana resolve?

A recent Forbes article put it this way:

As more states move to establish their own hemp laws, which is inevitable, the confusion is only going to become more problematic, creating a situation where felonious marijuana-related crimes can no longer be tried fairly in a court of law. And if pot cases can no longer be prosecuted, well, what’s the point of it being illegal?

In recent weeks, news reports have detailed a mysterious outbreak of severe lung disease, which has sickened 215 people across 25 states. It’s also been linked to at least one death.

The U.S. Centers for Disease Control and Prevention (CDC) and the Food and Drug Administration (FDA) are trying to figure out the source of the damage, but they’re claiming it is tied to vaping.

For anyone unaware, vaping is the act of inhaling an aerosol, often referred to as vapor or “vape,” which is produced by an e-cigarette or other related device. 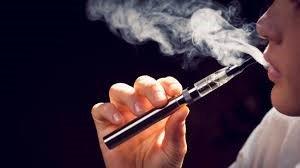 It also turns out that there appears to be a connection between this outbreak of lung disease and marijuana. From Science Alert:

In many cases, patients reported using products that included cannabis or THC, the active ingredient in marijuana, before falling ill. The agencies also cautioned against altering commercial devices or consuming home-brew substances.

A Forbes piece recently dug into this concern. It compared today’s marijuana vaping with Prohibition in the 1920s.

Just like the days when alcohol was outlawed in the United States, back when thousands of people died every year as a result of tainted liquor produced in the underground, black market criminal organizations are counterfeiting popular cannabis brands.

The article suggests that as much as 80% of all package cannabis vapes are impostors and shouldn’t be trusted. It goes on to say that even if a vape product appears legitimate, that doesn’t mean it’s fit for human consumption.

The only way to curb (or stop) this sort of thing from happening is to end marijuana prohibition at the federal level and allow weed to be taxed and regulated like tobacco and alcohol. It is conflicting state and federal law that has allowed the black market to swell into the monster that it has become.

So, if fake cannabis vapes end up spawning a vicious health epidemic that puts more Americans at risk of life-threatening health issues, that might be enough to inspire the federal government to make a change


***As we’ve said before in the Digest, the time to be invested in marijuana stocks is before there’s meaningful federal legislative reform

That’s because the flood of new money that will flow into the market after legalization occurs will have the power to generate life-changing wealth — if you’re there first, in the right companies.

Matt McCall, editor of Investment Opportunities, is our resident marijuana expert. While a great many other analysts have only recently been jumping on the marijuana bandwagon, Matt has been a leader in the space since 2014.

He’s been watching the pullback in marijuana stocks over recent months, and encouraging investors to take advantage of the bargain prices.

I know marijuana stocks have been under some pressure recently, but I see a major bullish catalyst on the horizon: The signals are flashing brighter than ever that marijuana will become legal in the U.S. What’s more, this game-changing development looks more and more likely to happen sooner than most people think.

We’ve talked about the enormous implications for us as investors. I’ve told you that I believe select U.S. marijuana stocks are perhaps the best opportunity the market has to offer. After all, the U.S. would instantly become the largest marijuana market in the world …

Early investors will reap the most benefits from a global industry that’s expected to reach $7 billion in the U.S. alone by 2023 — up from about $1 billion this year. Globally, this is a $22 billion opportunity.

… the time to get in — and realize the most profit potential — is now, while the market is down and presenting the sorts of outstanding buying opportunities that make me salivate.

Matt has been willing to share with non-subscribers his top recommendation for the CBD sectors. It’s Charlotte’s Web (CWBHF). The company recently released big news. Kroger (KR) grocery stores have started carrying Charlotte’s Web products in multiple states. The plan is to roll out Charlotte’s hemp-CBD extract products in 1,350 stores across 22 states.

Of course, this is just one of the many companies positioned to capitalize on marijuana legalization when it finally happens on the federal level. If you’d like Matt’s help in identifying additional companies, click here.

Source::::https://investorplace.com/2019/09/the-latest-tailwind-for-marijuana/
You must log in or register to reply here.

Is Medical Marijuana Legal in Texas in 2022?