So after a long long wait (mostly due to me not having the motivation to start working on my room) I have finally planted my girls. Stacey and Tammy's type are unfortunately unknown (but I know they are good), but I have a strong suspicion that they are Rooibard (it's an afrikaans name in case you try to pronounce it) and Swazi Peppers. MJ I know for a fact that she is Swazi-Peppers. I placed Stacey and Tammy in some water to get them germinating and that was on the 16-July-2006. They cracked in two days and I placed them into a soil mixture. Soil, not what I wanted but it's what I could get and it works (which is the important part). MJ came a little late and I still have her germinating in some water. I expect to put her in soil tomorrow. In the mean time I'm going to put four more Swazi-Peppers into my cloning containers and just grow them from scratch to finish (I want bud sooner than the 30-January-2007) I'm not worried what they become, so long as out of the four I plant I get at least two females. I still have to sit down and see if they will fit into my schedule. Stacey and Tammy are well on their way, having been planted last week (18-July-2007) and are now 2.3cm tall. Tammy is perhaps 0.5mm behind but still on schedule. I'm hoping my girls will be about 10cm by the 01-August-2006. If this is the case then everything will be right on schedule. MJ will arrive 1 1/2 weeks behind everything, but once I have the routine going I'll be able to balance it out and have them all going at the same time. This is a very exciting time for me as it is my first indoor grow. Last time I had a decent garden of about 34 plants. I'm not to sure how many were male as before they reached maturity, my dad ripped them out (I was staying with him at the time, now at least I'm on my own). I cant tell you how devastated I was, all my girls were gone, and I made sure they got 10liters of water a day, no bugs, cleaned the beds, hydro-spider once a week and loads of love and TLC. They looked fantastic. That was about 5 years ago and I'm still so sad about the whole affair. I only have a cupboard to grow in but that&#8217;s more than enough space. All in all I will have my three mother plants (Stacey, Tammy and MJ), then from them I will cut three clones, find out they are all females, wait till my second batch of four clones (which I cut and planted on the same day as the three other clones) are ready, and then have them flower. My final harvest will only be on the 30-January-2007. . . That&#8217;s a long time. But after that I expect to harvest four clones every 2 months.

Unfortunately I have a $#!tty camera. I actually took these with my phone. All the pics are of Stacey. I have a feeling she will be the best. 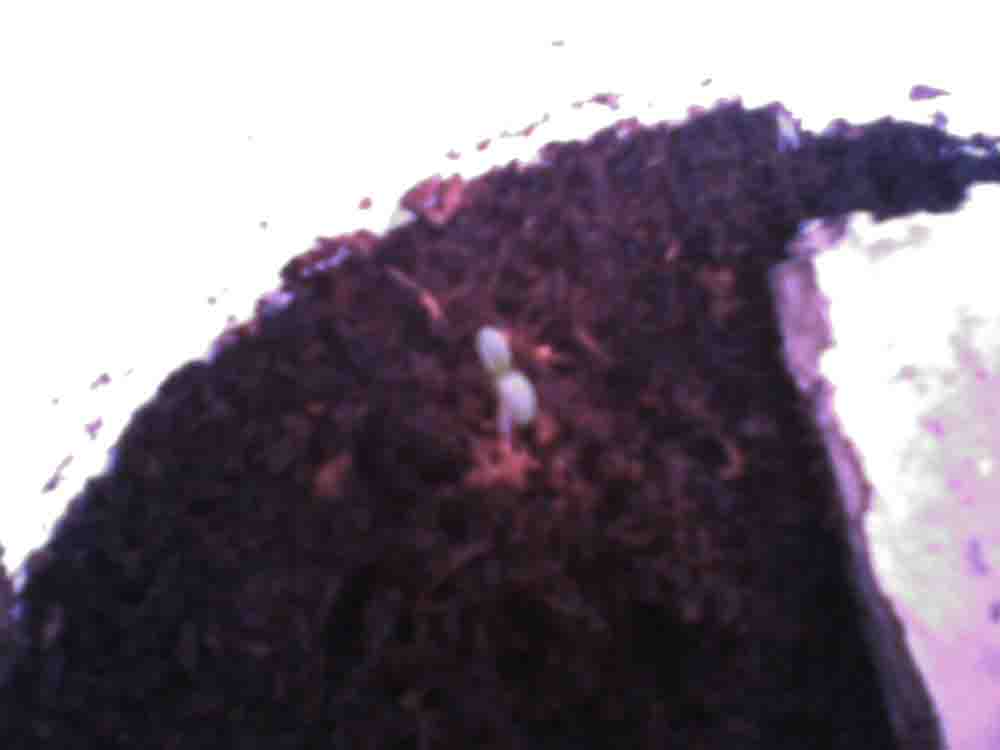 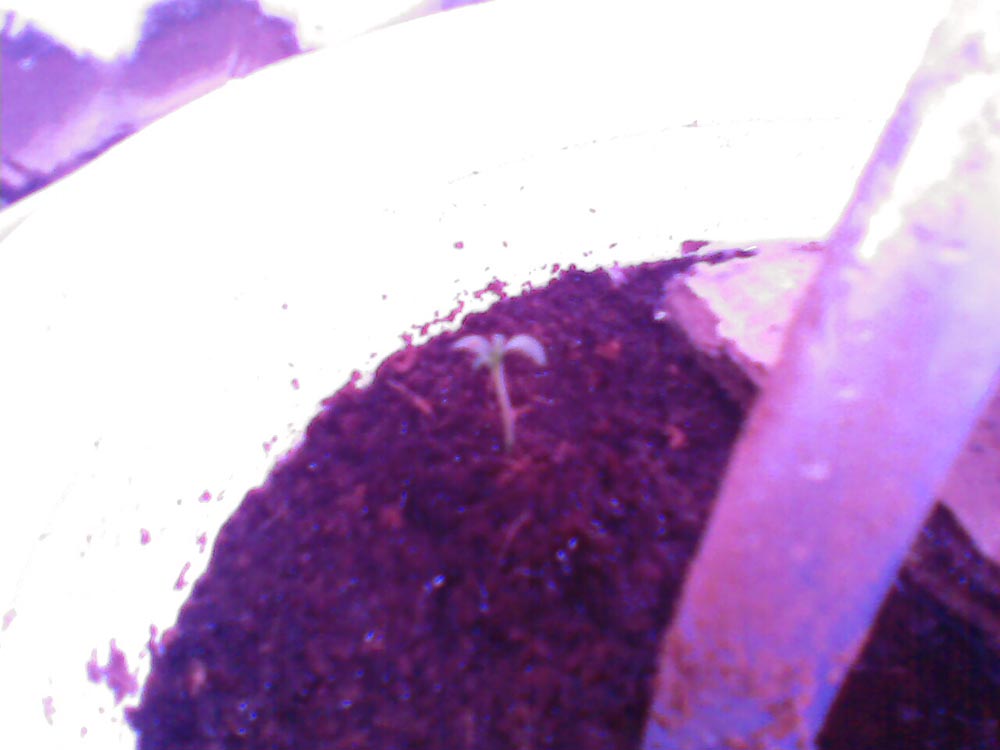 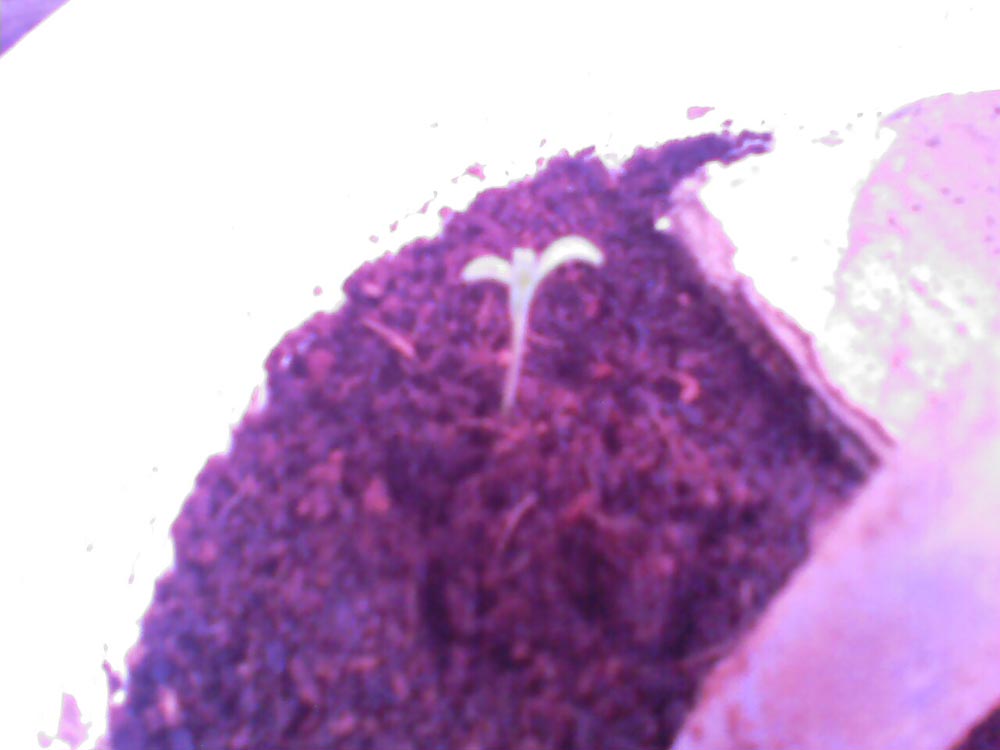 The end is near!

you can get them all on the same page for sure when you switch to flower! keep us informed!

Yea will do. I just hope they stay safe and secure till they grow big and strong. I had a scare the other day; I live in a flat built onto a house split in two, and that other day I received a phone call from my neighbor telling me that someone had broken into her place and that it looked like they had gotten into mine as well. I was out visiting a friend when I got this call so I had to fly, and fast. The whole way there I was so stressed that the burglars had gotten in and stolen all my bongs, my marijuana and worst of all discovered my room and not knowing fully sure what it was they were looking at, left the door wide open. So when I get there the pigs would be poking there nose&#8217;s in where they shouldn't be, and I'd be standing in two piles of shit. Fortunately when I got there my place was safe, and my girls were undisturbed. But I'm taking every precaution to make sure they go undiscovered. I'm using as much electricity as I can, so when my 400W gets there and I cease as much electrical use as possible, the electric bill won&#8217;t take such a knock.
You must log in or register to reply here.
Share:
Facebook Twitter Reddit Pinterest Tumblr WhatsApp Email Link