ness2 said:
Good morning, Cartman when do you introduce mycorrhizae to your plants? And, how? Have a pleasant day.View attachment 284398
Click to expand...

Did u get your pc fixed? hope so..

I start using GH Rapid Start from the get go at half strength.. by week 2 full strength and I continue to use it at 1/8tsp per gal thru vegging 1x a week. now into an air pot.. 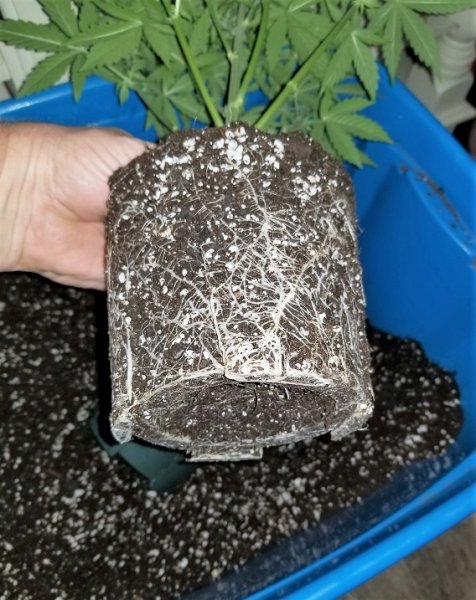 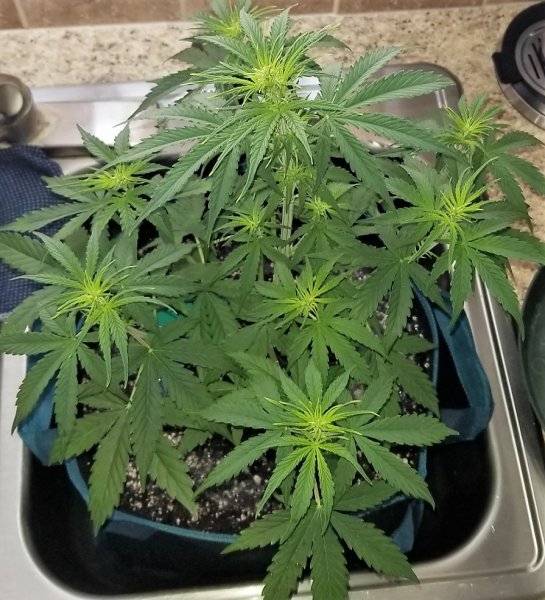 After a few hours in her new home and draining she is beginning to stand up already and shine... Gelato
Auto by Weedseedsexpress in 3gal felt pot 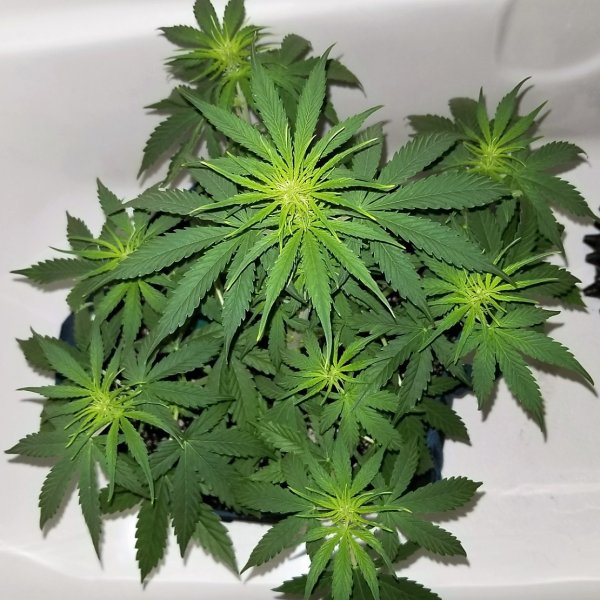 The first Gelato didn't go to well.. although I sent the majority over to a friends house to grow under a bigger light.. 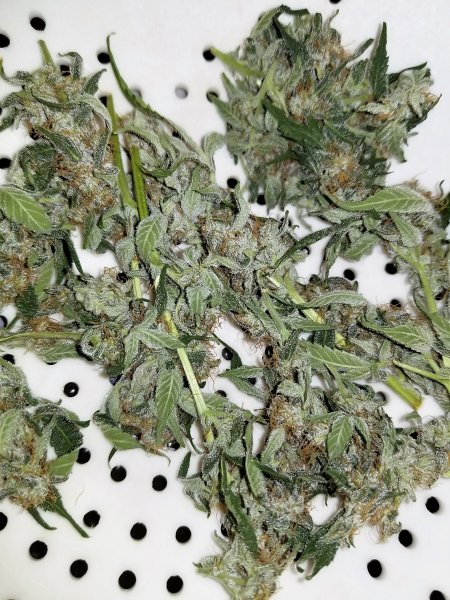 time to go check on them I guess.. this little plant just never swelled up, pretty much grew a 1/2oz stick of goodness..
waste of time.
Probably why I've decided to stop letting them stretch up so big, more about maxing out flower sites like it should be.
I’m so proud of these… I started with some Blue Himalayan Seeds from ? and grew them out, seeded the nicest female using preflower pollen dropping on branch specific and walla, I got a small handful of seeds. I sent these seeds to my best bro ZeroZero who then did a big outdoor run open pollen technique using multiple male donors… I think by doing so it passes
along the full male genetics to her… We chose a female that showed sex late… our thinking here is that an auto that shows sex to fast tends to stunt, vs an auto shows sex at 3-4wks gets a chance to fill out more, thus bigger better harvests…

Here they are the day prior to up potting them and boy do they need it eh? I’ve trimmed them from below at week 2, week 3 I removed the upper shade leaf to get light access to the growing shoots who then took off for a nice ca 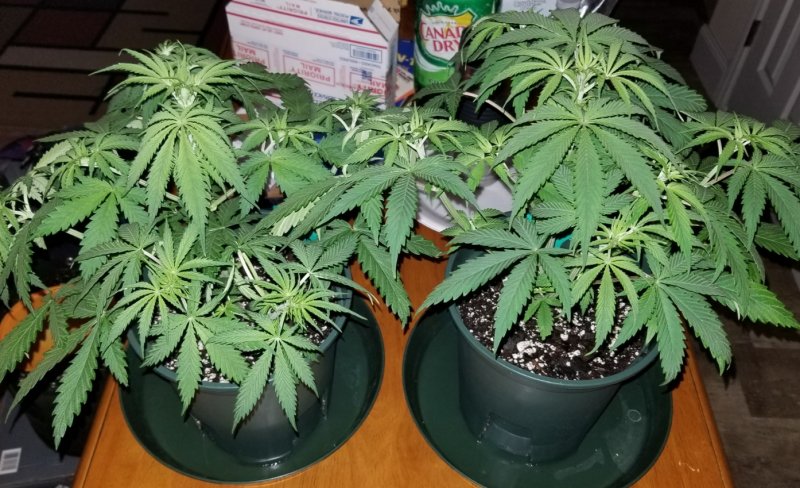 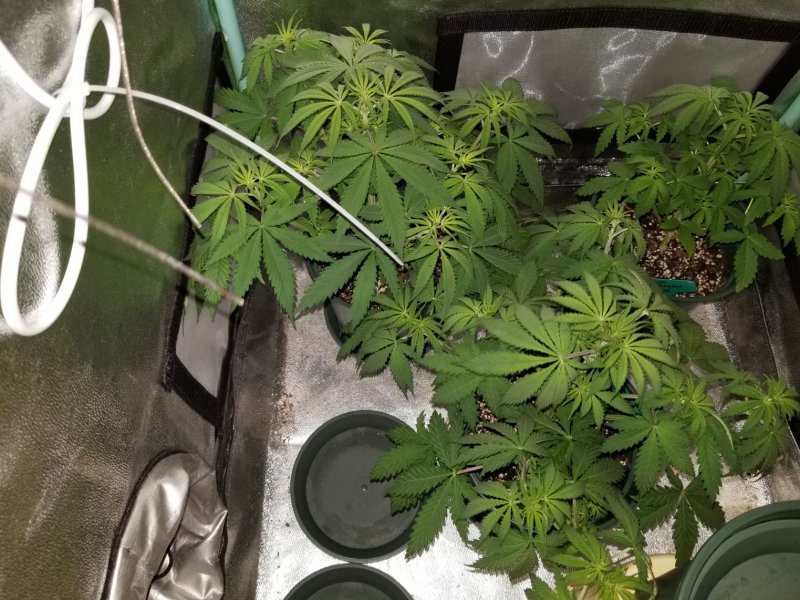 These 2 get up potted later today.. the plant in the R/R corner is a good week behind the other girls and has
yet to show sex..

Morning Carty the Blu-Himi above, how old is she? You said you trim leaves on bottom at two weeks. Does that mean two weeks into the flowering stage? They are coming along great and yummy looking to.

The man that repairs computer is on vacation for a week. After hooking the computer back up and downloading photo pad, I can post picture. Thank you for that direction to. I have to get use to posting from photo pad. It looks like fun. I also don't know much about the computer. Well, I'll be starting a joural today, it mingjt take me a while because of uploading. 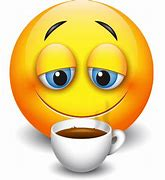 I actually remove the cotyledon leaf sets and the single bladed leaf sets day 14 to promote upward grow early on..

Auto's can stunt very easily.. so any trick you can do to get them to stretch a wee bit helps.. I also use a product made by Roots Organics called, Surge, that seems to promote upward growth real well..

Announcement: Blue Himalayan may be tainted as an auto due to open pollen work done by my partner in seed making, ZeroZero. you try to isolate it in a separate shed, but with what I'm seeing I now believe the pollen from
his photo periods may have drifted into this batch. One showed sex at 3wks but is super slow at flowering now, meanwhile #2 has yet to declare sex at day 42..

not happy camper about that...


The Wild Thai Ryder however is looking amazing as is the Gelato by WSE.. 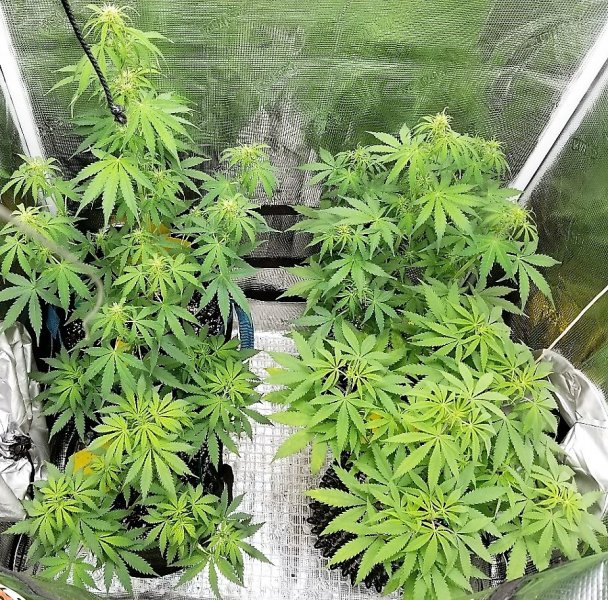 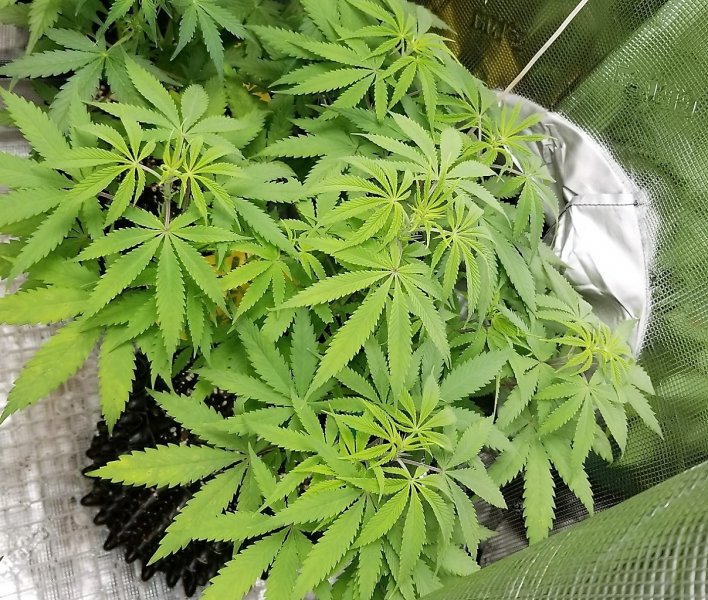 what sex u thinking:? 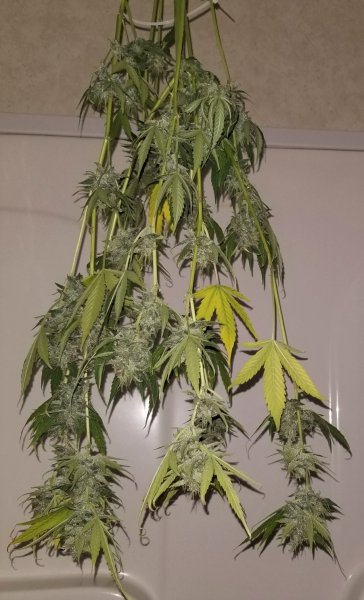 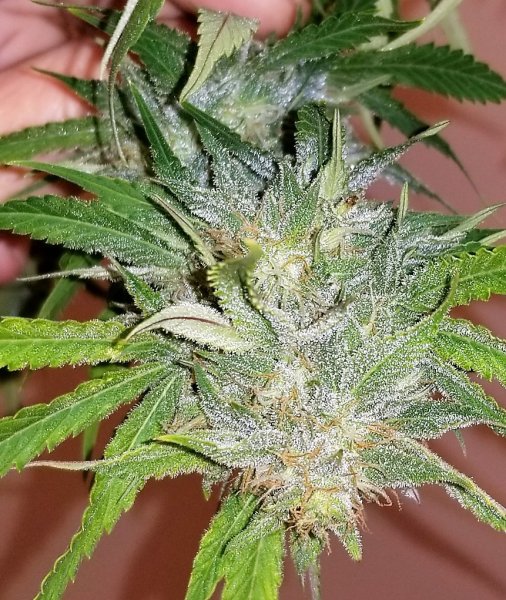 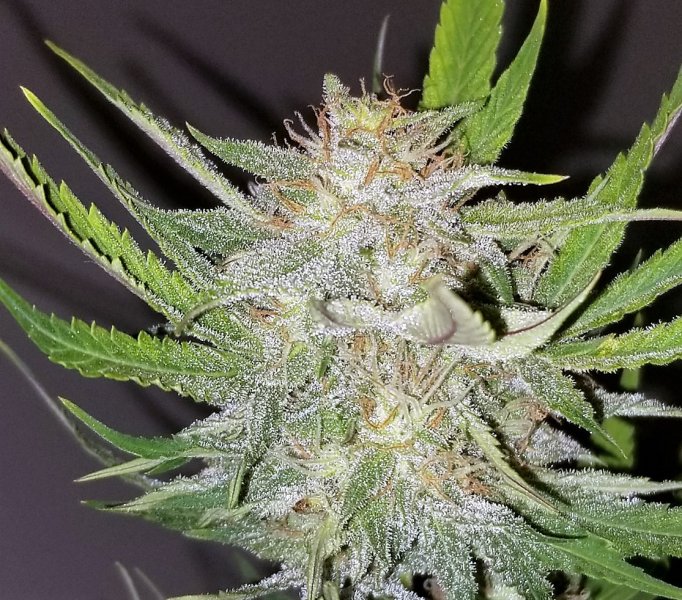 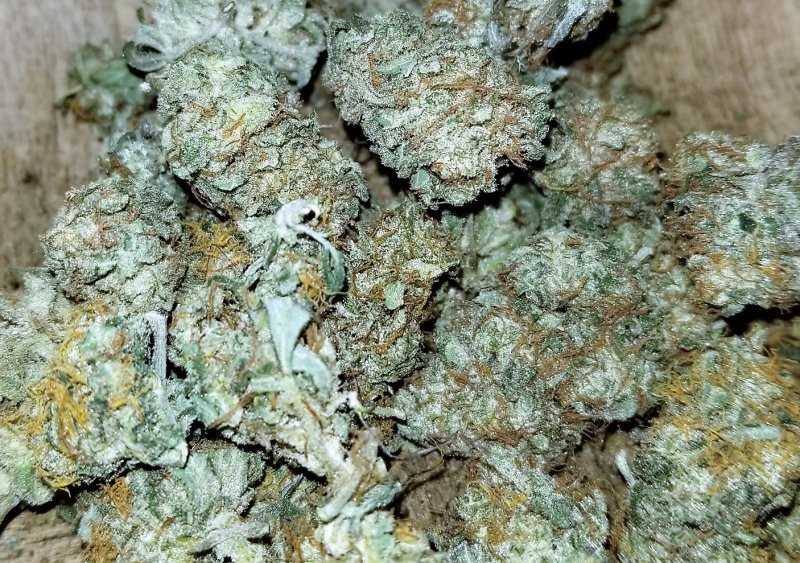 Plant above looks to be female. It's hard to tell. The Gelato are looking pretty. Carty have you done any foliage of the fan leaves? Zkittlez are yummy. Sorry about the findings of Blue Himalayan. This spring I'll grow some outside. How is your New Year's Day going? Just another peaceful day here. Retirment is good. I want to make a Blackberry Pie sometime today. Good food and Football are a must. 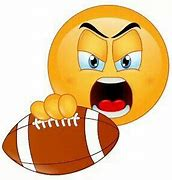 I know this is old but I wanted to answer your question about defoilation on autos.

At 2wks old I remove the cotyledon leaf (round ones) and the single blade leaf just above them.. plant is wasting
it's energy keeping these alive and they are not getting any light so remove them and it promotes a bit of upward
growth too..

After they sex and get going better, on some I remove the very top 2 large shade leaf. This open up line of site
to all your growing shoots and allows them to catch up to your main stem creating a nice even canopy..

after this, I let them grow more and later on I remove lower leaf material not getting light.. but no serious
leaf stripping like yuo can do on a photo period..

I just had a nice conversation with Ian over at Weedseedsexpress .. we talked about Quality Control.

After a week of conversation, he shipped me 2 strains to try.. I explained my concerns from last time and assurances were given that improvements have been made..

it's started with their shipping method, one of the Safest I've ever seen.. anyone should feel safe ordering from them.. I'd actually thought they forgot to put them in the pkg, but Ladybug is to sharp... she found em.

2 packs of their latest creations going into an up and coming grow soon.. I love to test for seed banks and give honest feed back, WSE seems to appreciate the honesty so here goes round #3.. hehe

Good luck. Gonna keep the journal on this thread?

Oh yes, for sure.. agreed to for Ian and he says he appreciates my honesty..

I opened up the pack of Blue Cheese to inspect the seed stock as last time it seemed quality control was an issue allowing light green seeds to get thru and having a lot of no shows as a result.

I must say, all 6 seeds look perfect.. Looks like a good pheno hunt pk by the few different looking seeds, this can be a good thing, especially of looking for a breeder stock, always fun to pheno search..

Sent me another strain and my 1st serious CBD strain.. CBD Express

Well I can tell you light green doesn't mean they are not viable. Got one right now that popped and looks very healthy so far. Only time will tell.
Gonna be my first Zkittles Magoo.

WeedHopper said:
Well I can tell you light green doesn't mean they are not viable. Got one right now that popped and looks very healthy so far. Only time will tell.
Gonna be my first Zkittles Magoo.

There's always the rare exceptions bro.. these plants continue to amaze.. hope it's a girl..

Me and you both brother. I got several seeds. Only time will tell. So far it's looking healthy.

WeedHopper said:
Well I can tell you light green doesn't mean they are not viable. Got one right now that popped and looks very healthy so far. Only time will tell.
Gonna be my first Zkittles Magoo.

I am no expert by any stretch of the imagination however, the Freak Show seeds I have are all very small and pale. They don’t look like they were allowed to ripen on the plant to me. 3 of 4 I planted popped seedlings and are growing but they are very slow. I can’t say if it is because the seeds were from unripened plants or if it is just how Freak Show grows. I think it could be analogous to some premature babies who are viable but not vigorous. Your seed giving a vigorous plant may shoot holes in that theory though.

That's a 5 gallon fabric pot. So far so good. 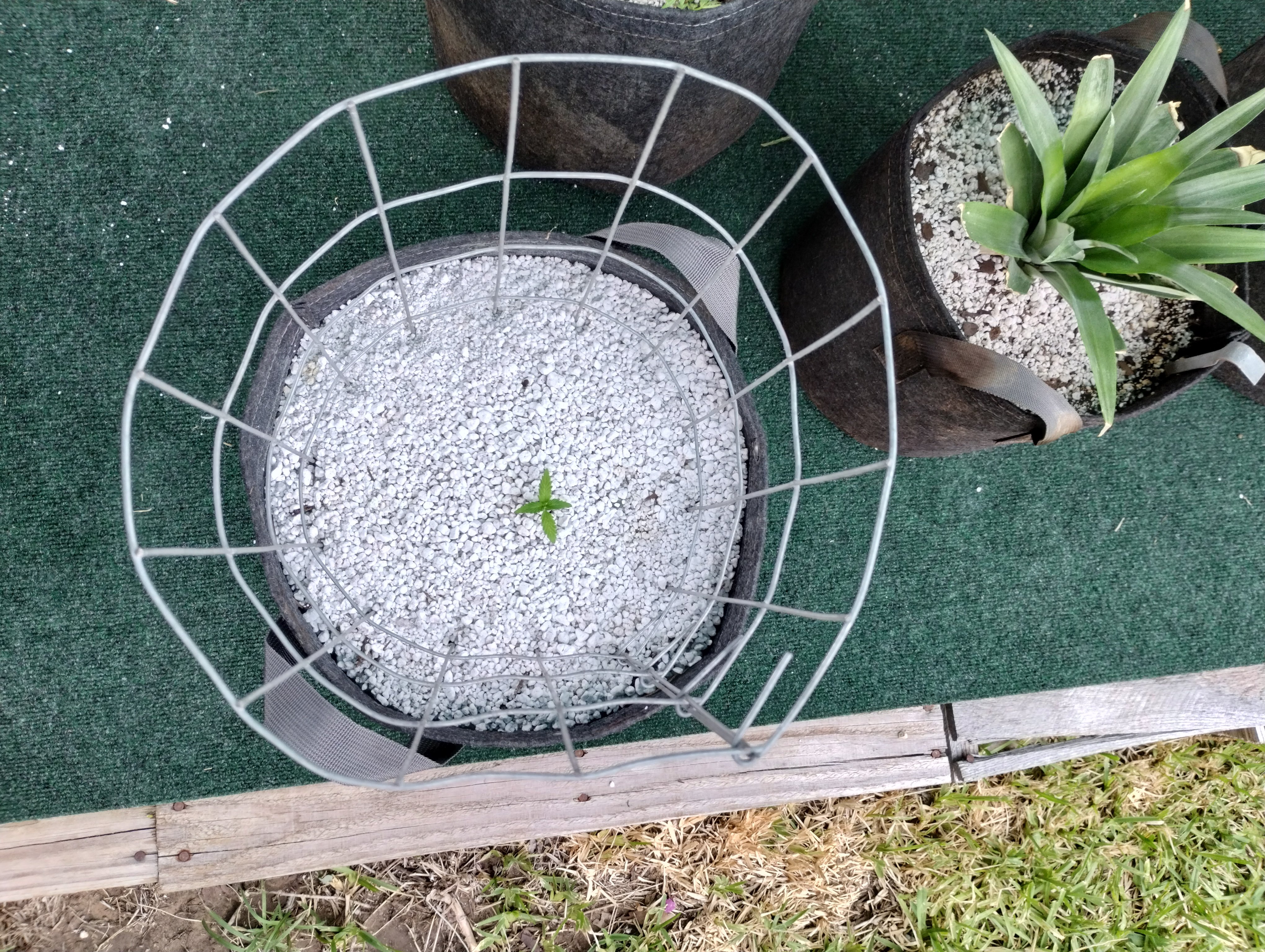 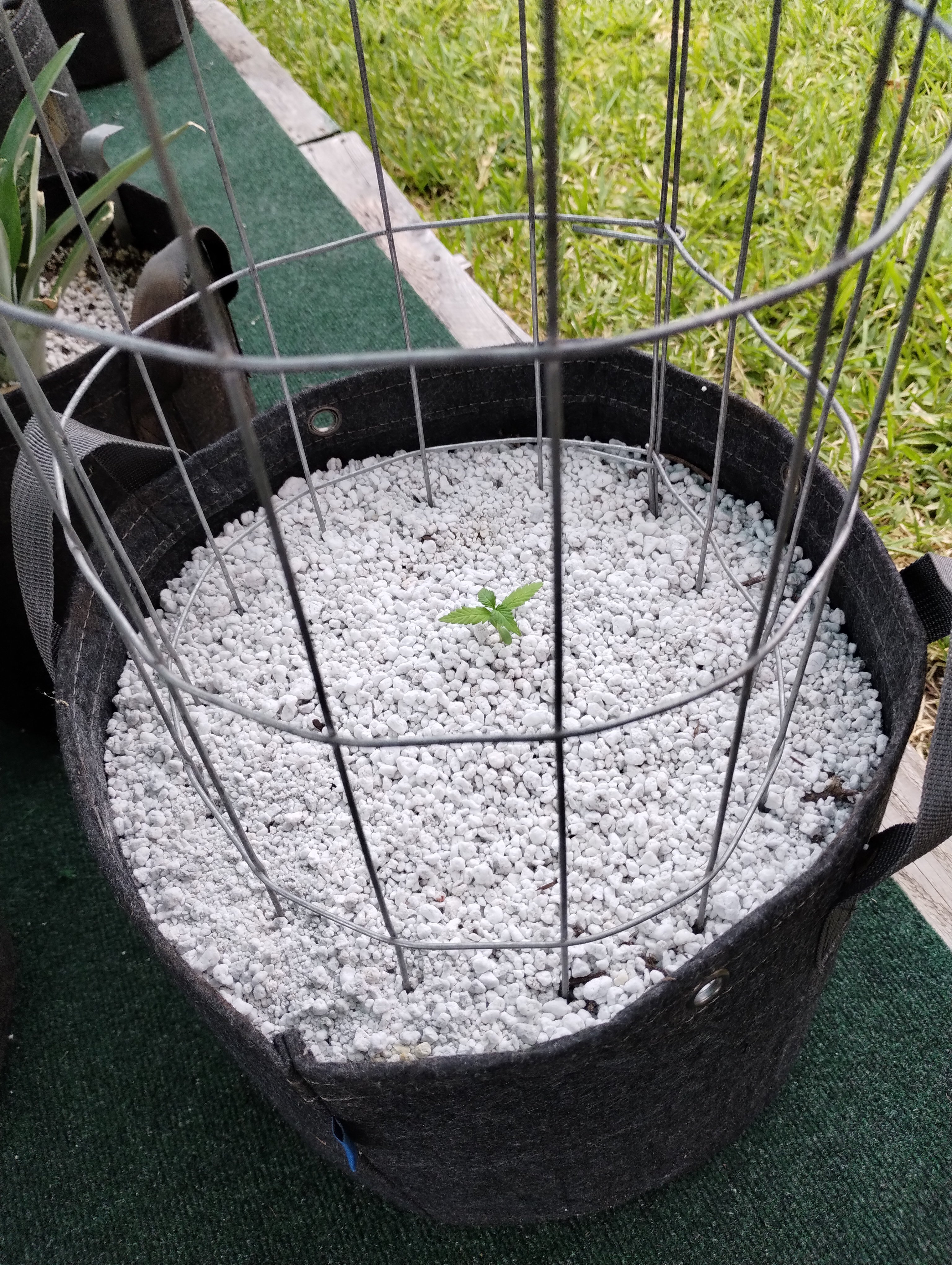 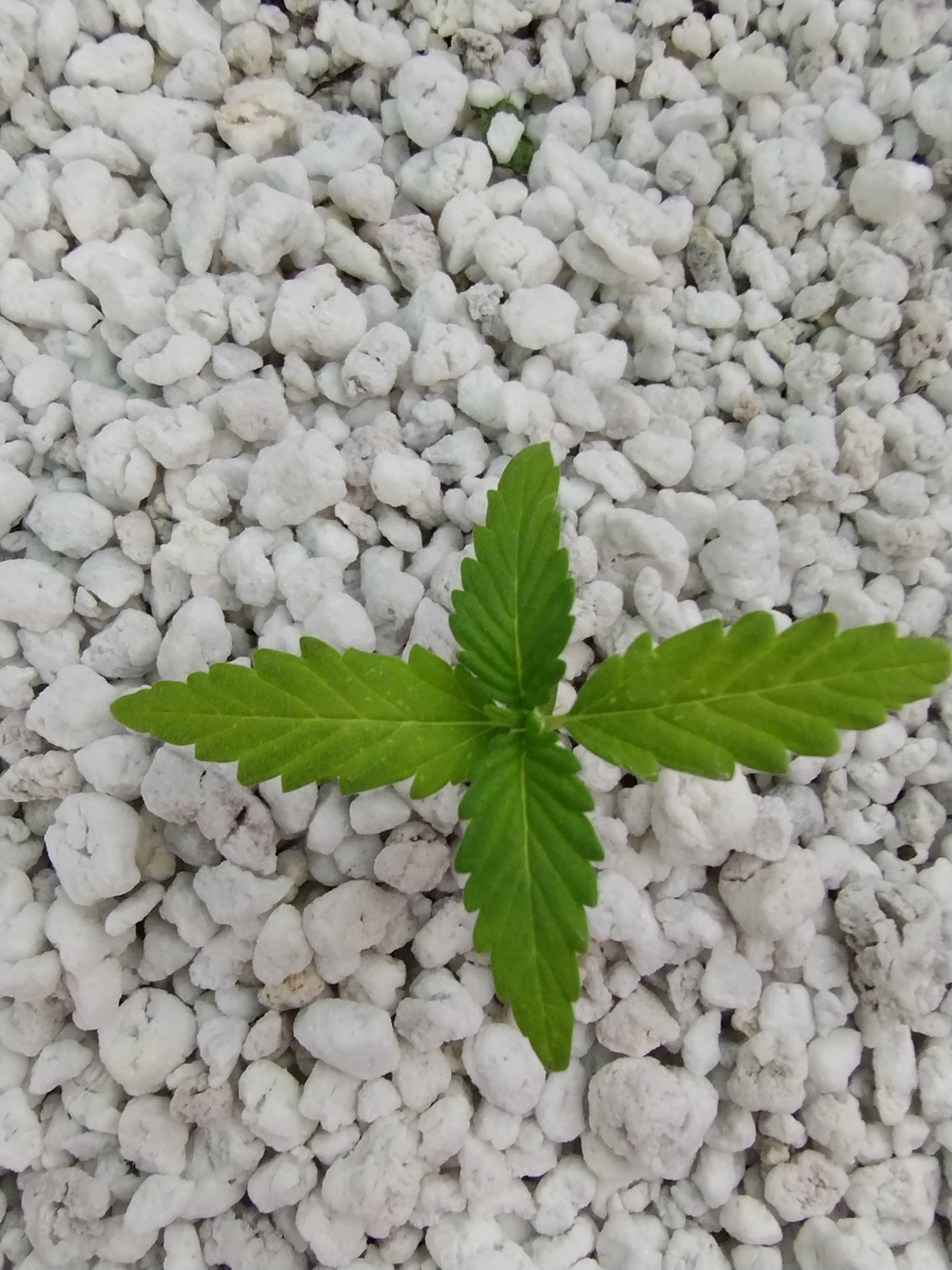 I know right. I'll put it by these girls later. 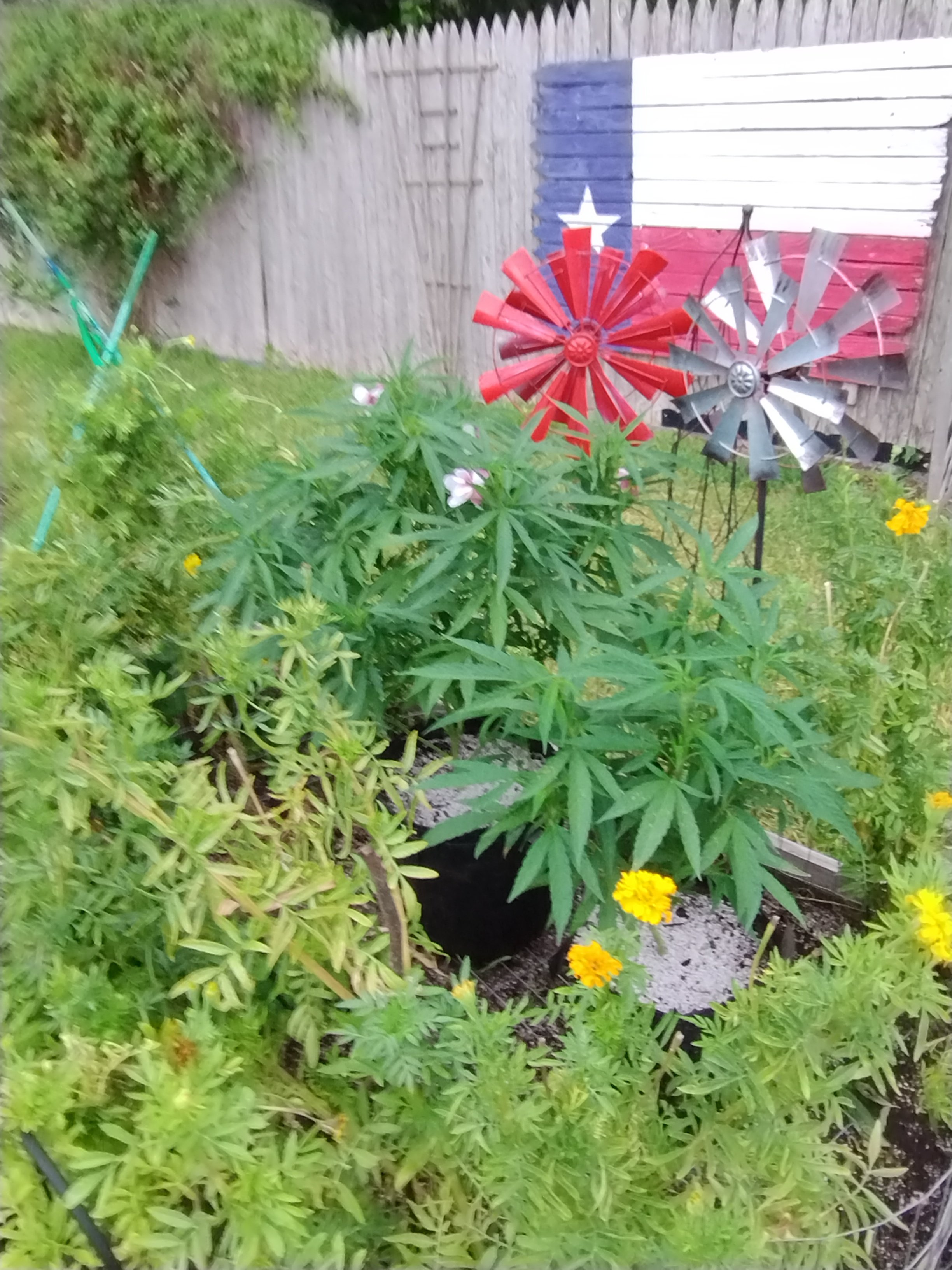 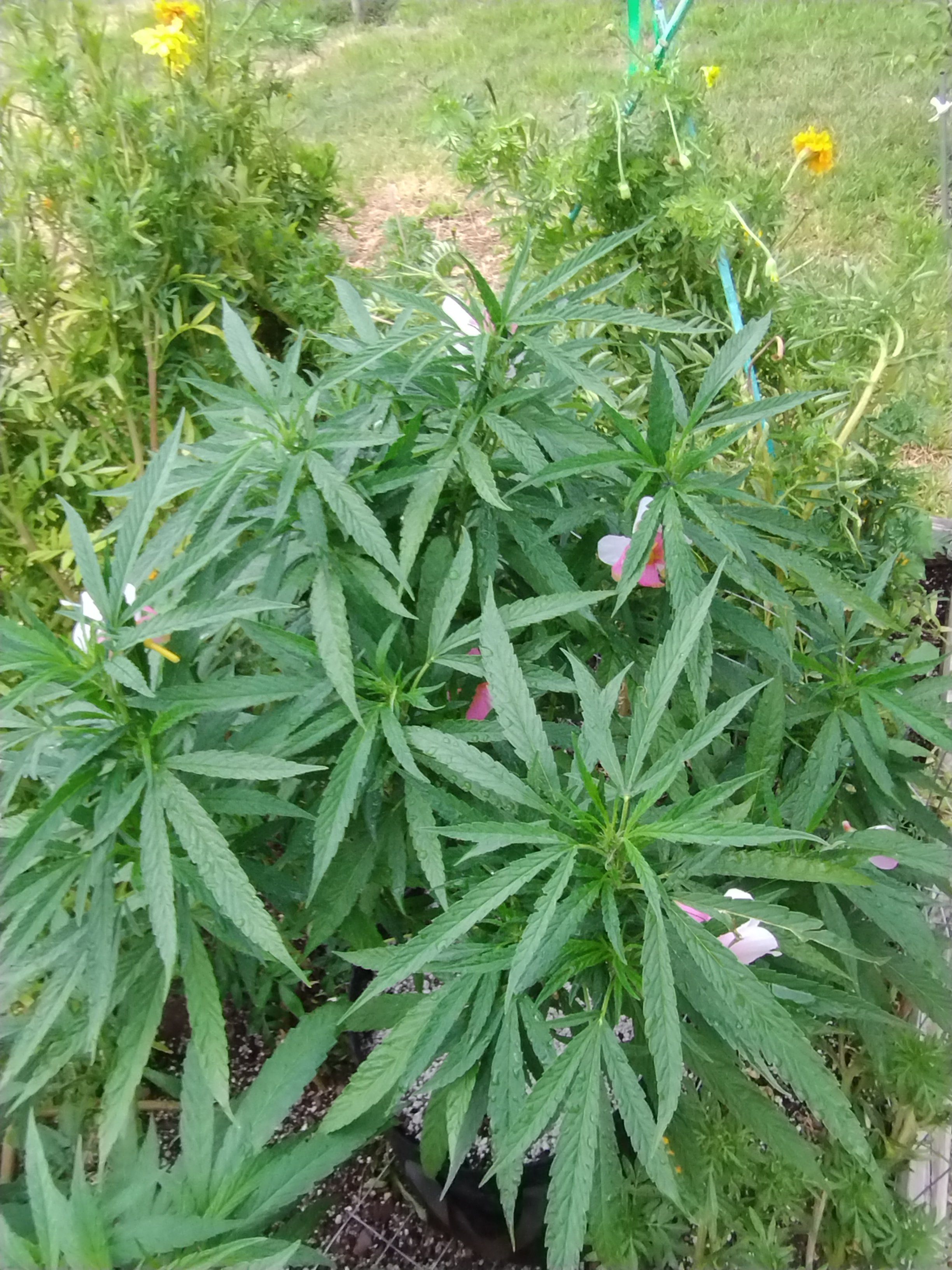 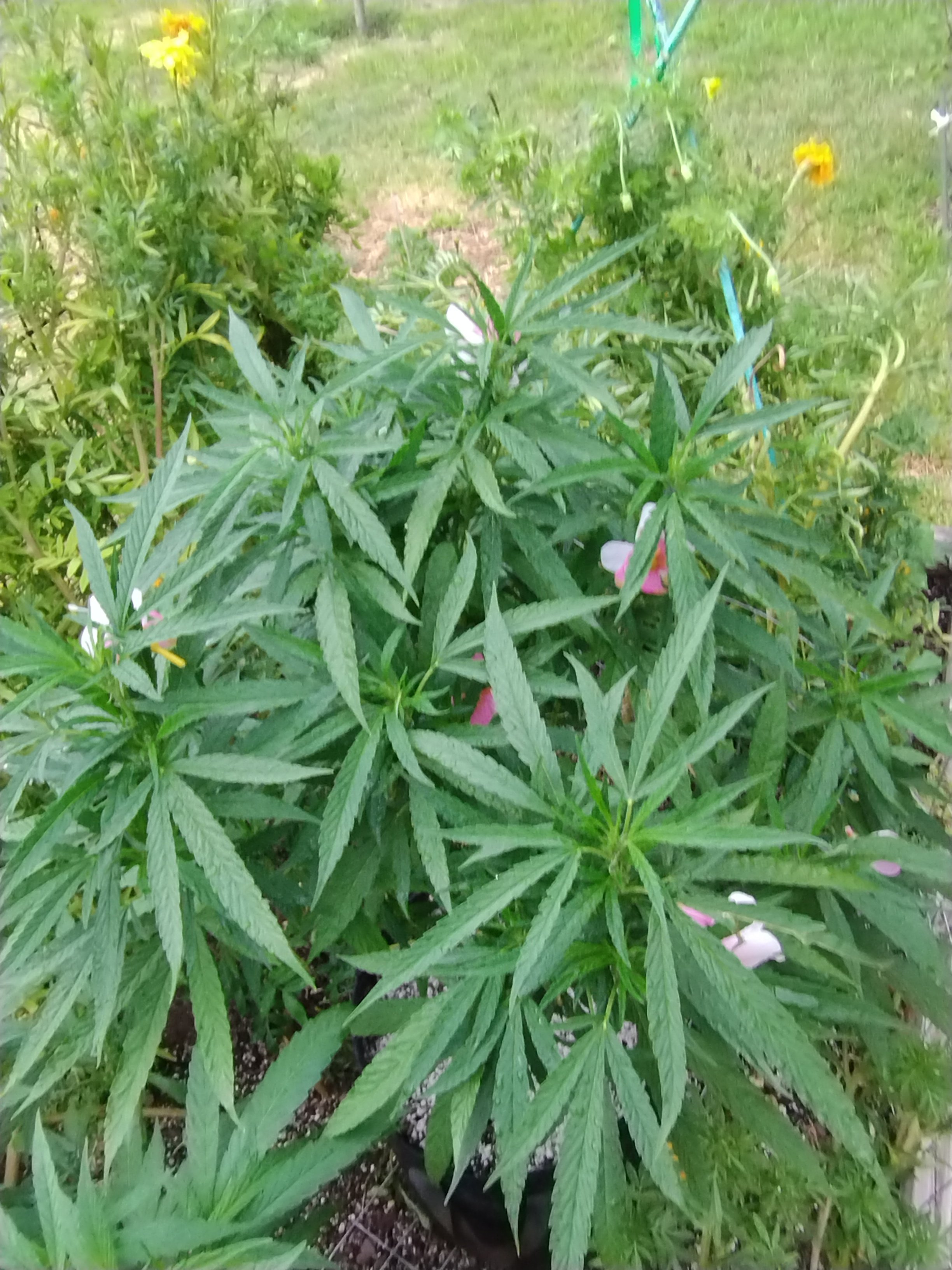 Those are happy looking plants. The marigolds look like they could use some cal mag in 2 more weeks…

hey we need one of those red windmills , just the blades , we have the stand , but no blades…it has a flag on top of it right now

The marigolds are getting their ass kicked by the heat.
You must log in or register to reply here.