ROSTERMAN said:
4.69 microns to be exact
Click to expand...

JoseyWales said:
If I have given you the impression that I would use my shop Vac please allow me to apologize, that was not my intent.
Click to expand...

ROSTERMAN said:
He is use to his power Vac for those lonely cold nights
Hey a blowy is a blowy as long as the vac line is small enough
Click to expand...

Atmospheric pressure, is 14.69 psi at sea-level

But what is the Airspeed Velocity of an Unladen Swallow

ROSTERMAN said:
But what is the Airspeed Velocity of an Unladen Swallow
Click to expand...

It depends on whether you are talking about an African or European swallow. In general 20.1 miles per hour or 9 meters per second. What a wise prick I am.

JoseyWales said:
For a given pressure, different liquids will boil at different temperatures. A liquid in a partial vacuum has a lower boiling point than when that liquid is at atmospheric pressure. I have never seen or in my memory ever achieved a vacuum at 14.7 microns. I have taken refrigeration oil and place it under vacuum and got it to boil off at 205 microns, I did that BC I wanted to prove a point to some one.

Having worked on AC for 35 years I used industry standard equipment, vacuum pump 4 bridal hose set and a good digital micron gauge. 500 microns vacuum is the industry standard to achieve in the field. I'm not sure the hoses, Pumps, and fittings could handle a vacuum at 14.7 microns without sucking through, unless I was using lab equipment.

I'm sure some one out there in the industry has documented an enthalpy table that show at different pressure water boils and the temperature drop as it happens.

I do know that moisture is removed from a closed system at around 6,000 microns and as the vacuum goes deeper the moisture expelled increases, at a 1000 microns vapor sign is no longer noticeable but we go down to 500 microns for leak detection. With a digital gauge on the most part at 600 microns a leak will shoot up to 1,200 or higher then come back down to 600 and shoot back up again.

I think I wrote to bring the vacuum down to a 1000 microns and I hope the trichomes will survive. The reason I wrote that was BC I don't know at what point Trichomes will boil off. My plan was to vacuum to different microns levels BC I don't know what the enthalpy point is for trichomes. A simple inspection at different microns levels should prove invaluable to determine that end point.

If I have given you the impression that I would use my shop Vac please allow me to apologize, that was not my intent.
Click to expand...

Sorry - just messed up
Yep - you right.
No need for a pissing contest here. Coupla messages back I got my units mixed up should have said 14.7 psi
Smoking weed will do that

I was industrial fridge eng from '92 to 2011 (specialising in ammonia and CO² plants) .
Ive dried weed with a single stage vac pump but you need a chamber & it's fiddly.
Much easier to just air dry.
But if you wanted to dry kilos quickly I reckon not to difficult to work it out. One has to decide if it's worth while. 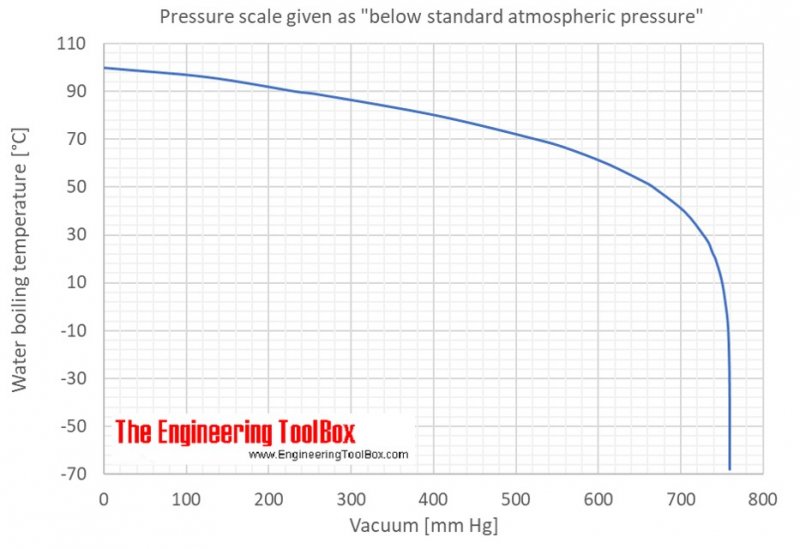 JoseyWales said:
It depends on whether you are talking about an African or European swallow. In general 20.1 miles per hour or 9 meters per second. What a wise prick I am.