What is your scariest almost bust story?

I wanna know... how close did you come? How hard did those cojones contract into your abdomen?

I will lead it off with not one but TWO stories of the scariest shit I went thru...

The sad thing is the first was not so long ago...

(1) I was in Colombia and going to Santa Marta for Easter weekend.

That is an awesome event and despite the Xtian connotations, the truth is it's one big paaaaaaartaaaaay!

Anyways, we are going down there from Cartagena and I have about 1/2 ounce of some very respectable herb in my bag. But I am on a bus. Who ever gets pulled over on a bus?

So our bus gets pulled over by the Colombian military.

I already know I am the ONLY gringo on the bus. I turn to my compatriot and say in Spanish; "Hey, you know I have that pot in my bag".

And as they are ushering us off the bus she looks wide-eyed at me and says something like "Mi amor... yo se".

If you ever want to know if you can be cool under pressure, this is that sort of defining moment.

The first thing the military does is separate the men from the women with all their baggage.

The second thing they do is line up all the men along the bus and do a frisk of them.

But my looks, (very straight), age, and Spanish saved the day. Also, since I figured I was TF I might as well enjoy going down. Plus my personal philosophy is that the less worried you are the less worried they are... It was an incredibly stressful 1/2 hour on the inside!

Anyways I talked to a few of these dudes and they were ok. They asked me where I was from etc...What I did.. very cool with that half ounce sitting a few feet from me.

After that frisk they did not look through any of that baggage.

Of course afterwards my friend is telling me they REGULARLY search the busses. I am like "WHY did you not tell me that before? and she tells me "You didn't ask!"....

We were on our way and thankfully I had a long bus ride to decompress!!

(2) Actually story number one was enuf to relive!!!

Nothing that dramatic. I was at an outdoor festival in seattle, and the cops came up to me and about 20 other friends all of which had just mosed out of some smoky bushes, laughing our asses off. One of the cops told me to empty my pockets etc. I did not have time to do much for he was already reaching into them. I was wearing a coat, with about an 1/8 and a blunt sitting there. The dumb cop searched everywhere but my coat, and I walked away. Unfortunatly he found my friend's pipe and took it!
G

I've been busted 3 times in my pot growing career. Here's a close call when I didn't get popped:
Late 1 night I had hauled 4 trash bagfulls of primo bud from my mountain grow up to my van. It was about 10--11 p.m. and I was expecting a non-eventful drive home.
I tossed the bags in the back of my van and headed home.
The drive includes about 30 minutes of narrow mountain road driving.
About 5 minutes into the drive a cop car roars up behind me and lights me up.
Even though the buds were tripled-bagged, my van reeked of pot. I knew that the second I rolled down my window the cop would smell it.
So I'm looking for a turn out, my mind working overtime. How much would my bail be and who could I call to cover it?
After several minutes of practically sh!tting bricks I come to a turn-out and pull over.
And the cops pulls around me and keeps on going!
He was on his way to work an accident scene which I saw just before I got on the freeway.

heh, heh, heh......lets see, which one should I tell first? I guess I'll start out with one of the little ones. Heres a funny one. I "loaned" my car to my ex sister-in-law and lo and behold she didn't come back with it. (note to self...don't loan your car to a coke fiend). Well she finally got arrested slingin' dope on the corner, with my keys on her. So since she wouldn't release my keys to me, the cops agreed to meet me at the car so I could get my son's carseat and stroller etc. Before he would slim jim my door he asked for my ID. So as I pulled it out of my front pocket a big ol' chunk of bud landed on the ground at our feet. As my ex husband looked on I dropped to the ground to pick up my ID that I threw down to try to cover the bud. Sly-ly I slid that bud back in my pocket figuring I was cool when the cop says "do you know were two blocks away from a police station? I said "no, why" as innocently as I could. He says because if I had nothing better to do it wouldn't be that far of a ride and that the next time I call the cops for help I might want to try leaving the weed at home. . Let me keep it too. I'm not sure why but I always get lucky with cops. (most of the time). I'll leave the story about getting pulled over with three mexicans and the 2.7 lbs (yes lbs) of dope under the backseat of my truck for another time. (btw I walked away from that one too. (knock on wood) Cop told me to go buy a lotto ticket cause it was my lucky day....I'll say

oh and I spent two week in jail in Tiajuana way back when I was only 17. Now not everyone can say that.
S

It was a dark and stormy night. I was alone. By myself.

Ok I says. I'll just fire up this little doobie.

One time bout 2 months ago we were hotboxin my friends truck at night and we saw acop go by. So we all ran inside but by that time the cop hit the corner and turned around headin at us. Finally the cop came to the door and
I came outside, he asked me, who was here? I told him me and some friends he told everyone to come outside. So me and the cop are walking into my room where my 4 foot weed plant was. (The whole house smelt like green)(dank) We walked im my room and the cop said, "weew we! That smell is strong!" and we walked back out! The cop asked us who here had been smokin and I told him right then I was. So did about 3 out of 9 friends that were here. My friend had locked his keys in his truck, we were hotboxin it, so the cop was askin him about if he had anything in the truck illegal. He told the cop he had two nugs in a folded notebook on the center console. The cop told him he coulds impound his truck! Thankfully he ended up leaving because he got called to a fight! So luckily nobody got in trouble for **!
S

GreenDayGirl said:
oh and I spent two week in jail in Tiajuana way back when I was only 17. Now not everyone can say that.
Click to expand...

I KNEW I saw you somewhere!

Most of the Colombo I got my hands on was like the old school Colombian (not so great). My friend hooked us both up with some really nice ganj; came pressed.

Santa Marta is total BEDLAM on Easter Weekend (national holiday). Here was the scene; paaaaaarty! In the background are the Sierra Nevadas which encircle the area. 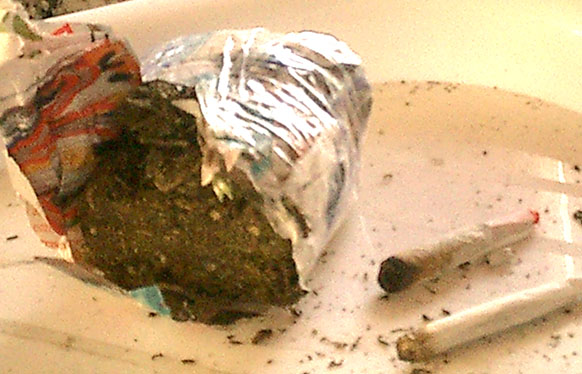 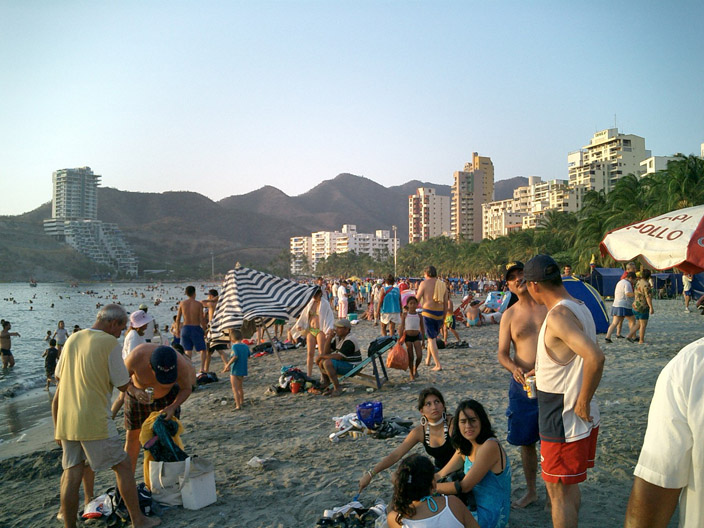 10 yrs. ago
Got pulled over going 5 over with LSD the trunk. I will not say the amount. But I will say. I wouldn't be posting on this forum if I got caught. The cop issued me a warning and let me go. I drove back home and had to change my shorts. Ended my LSD days for good right there. I figured that was my one and only warning from the dude upstairs to stop that. So I listened.
T

Mutt said:
I drove back home and had to change my shorts.
Click to expand...

I think both with a possible 3. lol
T

Mutt said:
I think both with a possible 3. lol
Click to expand...

THE BROTHER'S GRUNT said:
Damn man that's messed up when you have a possible 3 whatever a 3 may be
Click to expand...

Let me put it this way. It isn't pretty. lol

Years ago I use to work for a highly secret national lab and worked as a police dispatcher for them. I had forgotten I had a bag in my pocket working down in the basement (usually where all communication stations are) and a cop with a drug dog came down to visit. I like dogs and was always happy to see them and pet and fuss with them, but this time was not one of those times but the dog knew me and wanted to be petted and I tried to keep the dog away from my pocket but that dog smelled it good!!! Luckily I guess the dog liked me and did not do a thing!

Same job and some ******* did not like me and called the lab's investigators and told them that I was a dealer. Needless to say, after an interrogation, reading my rights, and threatening to search my vehicle, I was able to get the **** out of that facility and dump my stash...

That is why I keep my distance with the government now...

I Had rolled a blunt and was driving around the small town I used to live in and saw an old friend on the side of the road by his house. I stopped and he asked if I could give him a ride down the road real quick. "sure no problem" I say. Well I'm smoking a fat blunt I had rolled my whole bag of middies up in it (about an 1/8 or so) after debating wether I should save a little and roll 2. Anyway, I roll by a cop going 40 in a 25 like an idiot while I'm smoking my blunt and he signals with his hand as I go by to pull over. I cooly crumple my blunt and throw it out as im turning into a little cafe. At this point my friend reveals he has over an ounce of coke in his pants. What are friends for eh?

I'm thinking that I'm totally f*cked. The cop comes up and my friend is like "just tell him you were smokin" so I say"yes I was smoking a blunt just before you pulled me over" The cop says " I know, I can smell it" then he gets my license and registration and goes back to his car for awhile to call backup cuz my boy can benchpress like 400 pounds. anyway he stuffs it in his underwear and we both get searched and they are obviously thinking weed... wheres the weed? no weed for them lol so I end up doing all these field tests, you know standing on one leg and counting to 30 very slowly. luckily it was 11 in the morning and they didnt breathalize me cus I had a few drinks and I was only 19. So I passed the sobriety test and just got a ticket for speeding. It's amazing how something so seemingly harmless could have f*cked me over for a longtime.
You must log in or register to reply here.
Share:
Facebook Twitter Reddit Pinterest Tumblr WhatsApp Email Link