okay then. i'm in a strange situation, in that it's reeeeaaally difficult for me to get any of the necessary stuff to make a good grow setup (in japan). i'm leaving in about six months, and i'm just seeing if i can get one (and my first ever) harvest before i go. the apartments here aren't heated, so it's around 11C degrees (51F) inside all the time. i can't change that. the light i'm using is only a cheesy fluro with about 70 watts (i don't know the light output). i thought it was pretty weak, so i scrounged around and got a 100watt fluro bulb for a standard lightbulb socket and trying to work that into the whole thing. i'm on an 18/6 light schedule. currently i'm trying to grow just three plants from feminized seeds. the lights keep it up to 23-25C (73-77F) which is not optimal, but better than i'm doing out in the rest of the apartment. i don't have access to mylar, i can't paint anything white, and tinfoil makes a lot of noise when i have the fan on (i did manage to get a fan). if i can figure out how to post pictures, y'all will have a better idea as to what i'm dealing with. i've read the forums, seen the pictures, and i know i have no hope of achieving anything near what y'all have done (it's really amazing, and inspires me once i get back home to put an concerted effort into this).

pretty much i'd like to know if this set-up will even work. it's from soil, one of the three seeds has sprouted, but i'm afraid she's not getting enough light. pictures would help y'all to understand...i don't know how to put them up. the one that sprouted is about maybe an inch and a half from the top of the soil before the two round leaves sprouted, and the jagged leaves are kinda visible (but not deployed yet). at any rate...what are the chances that i'll be successful-enough for a harvest? maybe three plants is too much for just one light and one bulb...i'll see what i can do about finding other ones, if necessary. i don't know what to do about the walls, but the plants aren't near enough to the walls to really get much light reflecting off anyways. hmmm...anyways, any advice you could give would be appreciated. thanks. peace to you.

Well I dont do soil, only hydro so im not sure from that POV, but it sounds to me like you could pull it off.. The only problems i can see is the temperature of your apartment, and the light your uisng.. as for tinfoil, it doesnt really reflect much as its so crinkly and theres not much you can do about that..

the best thing you could do is build a cardboard fortress and paint it white, or cover it with tinfoil top to bottom, you gotta make do with what you got right? if it doesnt work it doesnt work

I would like to see this....
Instructions: click start, my pictures , select pic , right click on pic scroll down to "Edit Pictures", then resize to 800x800(around there, just so they are under 1000x1000 it will work), then go back to your thread of choice and find "Advance" click on that, after that look for "Manage attachments" from there look for the pic/s you resized and upload them and summit changes done to thread. questions feel free ask.

thanks for the tip thcskunk.

ok here's what i got. yeah, since i'm in japan and i'm only here for 6 more months, getting the right fertilizer is nigh well impossible. i don't know where there's a gardening store, so i just used the japanese equivalent of wal-mart to get most of my stuff. lamps are expensive, but if i can find a second hand shop, i should be able to pick up another one and add it to my collection.

thanks for your input ^.^v
peace 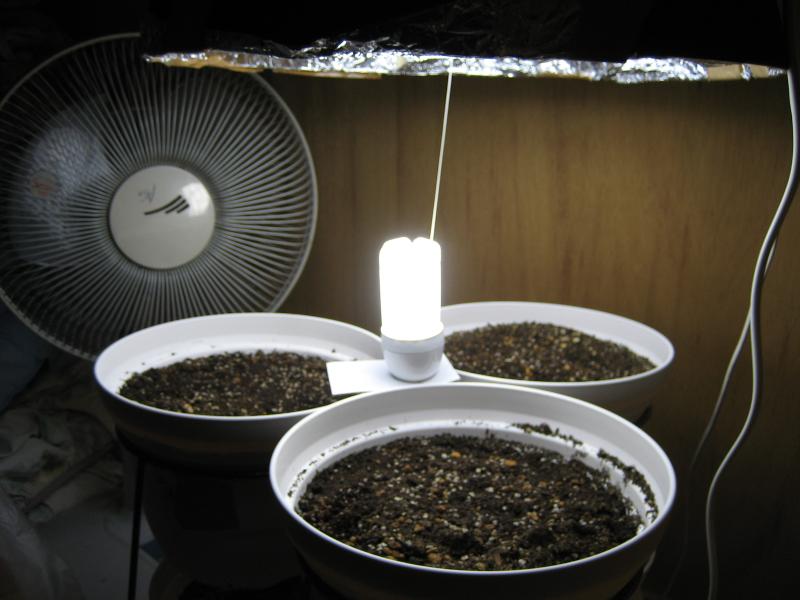 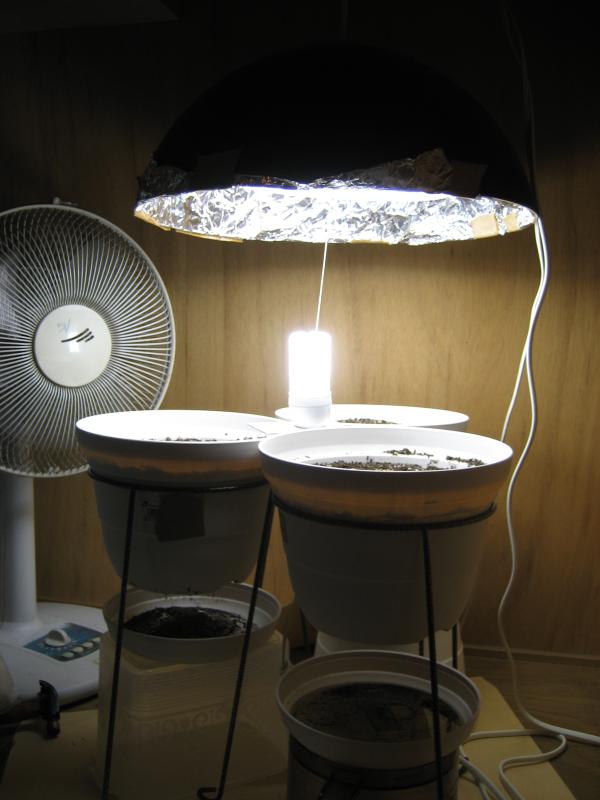 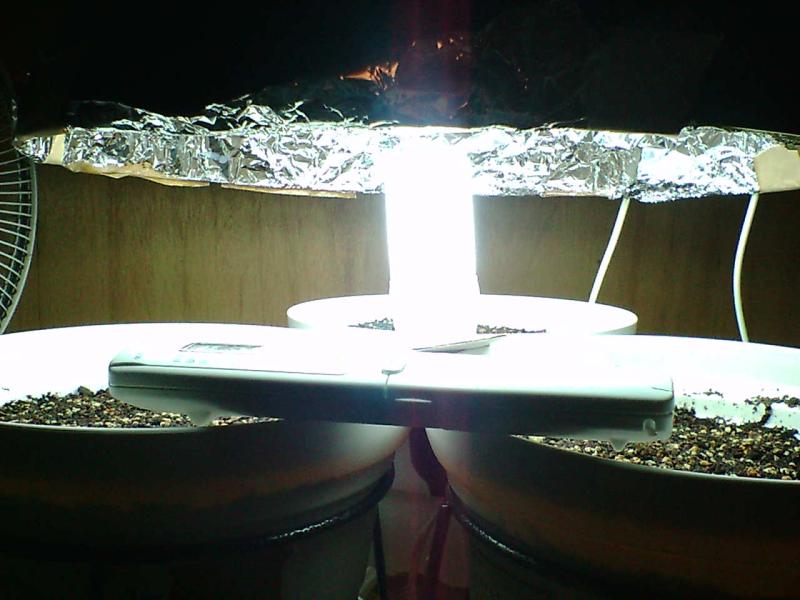 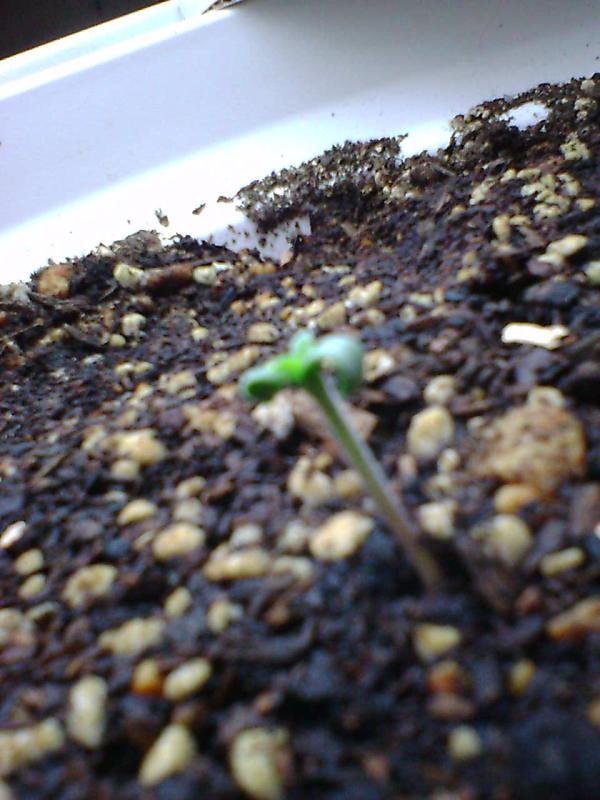 Looking good man, would be interesting if you started a grow journel

you said the temp was 51? and 71 is under lights? dont need the fan right now, fans are to prevent plants from burning and also simulating mother nature for strong growth. with the light you have, it should'nt expect it to get really really warm. I like your thinking on how you set it up with such little amount of access to materials.