The town of Bridgeville is up for sale (again).
It's pricey ($1.7 million) but think of the potential.
It's in the incredibly beautiful redwood-strewn N. Calif coastal area, located on a river.
There ain't much there--a post office, a few closed stores and some dilapidated houses.
BUT it's an incorporated city. Which means you could set up your own police dept. Bring a few friends and you could get yourself elected mayor, chief of police and anything else you wanted. You could pass a law that would make it illegal NOT to smoke pot.
How cool is that?
It's in the massively mj-friendly Humboldt County, where people are allowed 99 pot plants each.

There are a few things you could do to attract visitors (Visitors mean income baby), like:
-Build and offer tours of an energy-efficient hempstraw bale circular house.
-Quickly erect a g. bush statue and sell stuff to throw at it.
-Build the world's biggest Lava Lamp.
-Make it legal to walk around town buck naked but only if you're a hot chick.
-Build a complete restoration of Mayberry, (courthouse, barber shop, Wally's Filling Station, etc) and hire Andy, Barney, Aunt Bee, Opie, Floyd and Gomer look-alike's to hang out.

So get out that checkbook and let's get this show on the road.

I would like to ask anyone here who buys it to appoint me minister of pornography.

if i had the money i would do it....and yes most definitely appoint you minister of pornography

i got like 10 bucks i think we almost got enough. haha
A

Call every pot dealer you know, i bet a few hundred could buy this town.

will they take a check ,,,(can they hold it till christmas ) peace,love,rasta

you think that they will take food stamps.

yes but its 3 million with food stamps 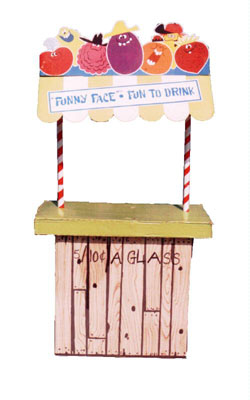 So does that make Mutt and Hick the "law"? ( fictionally of course) hahahahah

yep, and the first law enacted is that if your cuaght walking around not posessing a joint or a blunt to share with someone else (mainly law enforcement) is subject to a 50 dollar fine (police force fertilizer fund tax excluded). and 2 weeks tending to the ministers of pornographies garden.

Even if you don't, then you could still be Juanita over at the diner (she was never shown).
P

see if only this came up in a few more months.. i would have a few thousand to pitch in

Man thats is alot of food stamps 3 million. well i better start saving. also if someone here buys that town could i be the towns bum who shouts obsenites at people and ask for change. The bum life is the life for me.

well the Andy Griffith Show (I believe) was a tad before my time but maybe "Pinky Tuscadero" Fonzie's girl in Happy Days, or "Rebecca" from Cheers, I'm a "dago" chick baby!
Click to expand...

haha, all of us in here should put the money out for the town, and just smoked everyday hahaha
A