A guy by the name of Denny ran a used bikes and parts business. It had originally been a retail shop but now it stank of grease, burned valves, and unwashed alsation. The dog, all teeth and hate, made its presence felt by sound, most of which was the loud chewing sound as it ate an alsation-sized hole in the wooden door.
One time a customer came in out-of-hours, actually a personal best mate of Denny, we called him Nick. The alsation was loose in the front. Nick just managed to escape with balls intact by climbing a hemp rope that hung through a trapdoor in the ceiling. Normally the rope was used to hoist bike parts 'upstairs'.
On another occasion Nick arrived and the dog cornered him in the front, too far to reach the rope. Cool as you like, Nick grabs an oxyacetylene cutting torch that Denny has left burning 'on pilot', as it were. The dog leaps but is met with a golden-white jet of blazing acetylene. Somehow the dog manages to turn in mid air.

One busy Saturday afternoon the phone rings. Denny picks it up.
"Hello? Yes. That's right."
(Looks around the shop, peering intently at each person in turn. Crams phone to ear, says sotto voce): "He's here."
(Pause)
"Really? My God!" Denny is seized by silent laughter. By now the whole shop is silent as the customers tune in.
"So they're on their way? The jacks? Right NOW? Shit! Dirty bastard. Well it serves him right."

Denny puts the phone down.

Poor dog doing what it was trained for 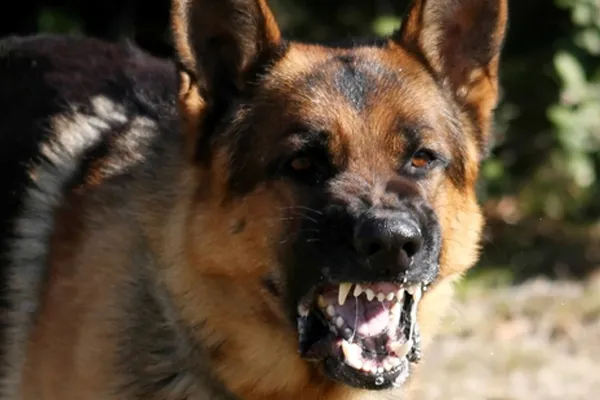