So, for my 20th birthday my girlfriend gets me two tickets to see Tom Petty and the Heartbreakers on Aug 8th at the DTE Energy Music Theartre in detroit. I was, to say the least, ECSTATIC, when she showed me my gift.

So, the big day comes. And when I get there, it's everything I expected and more. For those who don't know, the DTE Energy Music Thearte is an outdoor venue. There's this grassy hill that leads down to the main stage, and it's like one HUGE party. The sun goes down, and the moon begins to rise right behind the stage, and that's when it happens. Joints are being lit EVERYWHERE. And I mean it, the entire area smelled like reefer. At the same moment, Tom Petty opens up with NONE OTHER than Roll Another Joint. Joints are being lifted into the air/

And it was at this point I realized, that me and thousands of people are all partying with Tom Petty. I came to the concert dry, but it really didn't matter either way. A joint was being passed to me about every 10 mins, continually for about 2 hours. And not from the same group, this **** was coming from all different directions. Cops where everywhere, but they were just chillen, only looking to break up some violence.

We all were just partying outdoors, having a good time, listening to Tom Petty playing the music we all know and love. Literally one of the best times of my life.

So the concert continues, and Tom is tearing it up. Before I went I heard petty wasn't any good live, well, even if he wasn't, he was rocking the **** out of the place that night.

Half-way into the concert, out of nowhere, STEVIE NICKS comes out on stage, and her and Tom start rocking out together. **** YAH! So for the next 30 mins, Tom, Stevie, and the entire crowd are just having a helluva a time. And then, Tom and Stevie say goodbye, and they leave the stage.

For 10 mins straight the entire crowd just starts cheering, and chanting, Pet-ty! Pet-ty! Stoned as ALL ****, I'm BEGGING for him to come back, so I can hear the ONE song he didn't play that I wanted to hear. Then, the crowd goes silent. Tom comes back out onstage, the the crowd goes crazy. Tom Petty strums a few lines on the guitar and stops, and everyone knows that he's going to FINALLY PLAY. "She was, an American girl!" The crowd goes crazy, and the last of the herb is being burned.

I got stoned as **** with thousands of people, watching the legend, Tom Petty, playing his heart out. And I'll never ever forget that day.
T

Sounds like you had a great time man glad you enjoyed it. Man i haven't been to a concert in years. I went to so many when i was younger that i lost interest in going to them anymore. Maybe one of these days i will go to another one when the right band comes around.

Man Stevie and Tom, that had to be amazing. I'm Jealous. Glad to hear you had a great time.
S

Wow, sounds like my kind of party! Happy belated bday!

I saw Tom Petty back in '98 and it was awsome. I forget who was with him but it wasnt Stevie Nicks. I'll bet that was great. Two of my favorites also.

Glad you had a great time.
A

August 8th is my b-day, and I was driving my new car home from houtson, and I heard on the radio about Tom Petty and the Heartbreakers (big fan) playing along with Stevie Nix (sorry, not a big fan), but still, I would have been excited to go and see them live. Had I known in advance, I would have gone! Lucky you!
A

Oh yes, she can have me anytime she wants... 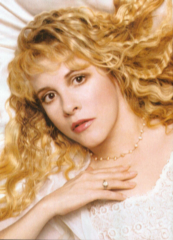 I've seen Petty a few times and have always been a big fan. The amount of herb that was smoked at a similar outdoor venue in Nashville made a Phish show look like a bunch of light-weights.

glad to hear you had a great time...happy belated bday

us leos rule the zodiac

Man thats crazy, You would get so ******* high just being there!!!! sounds like a terrific time

I have to admit that seeing Petty last September at an outdoor venue, was one of the most memorable experiences of my life! I always said I was going to see him before I died...now I can cross that one off my list.

I saw petty at bonnaroo and it was amazing ms nicks made an appearance there too. when he came out I actually had a tear in my eye from seeing a living legend from my my home town (gainesville fl) he jammed out for 4 hours while i was comin off of shrooms awesome show and the next night saw radiohead trollin on some morning dew and a couple rolls all i can say is that was the most memorable weekend ever.
You must log in or register to reply here.
Share:
Facebook Twitter Reddit Pinterest Tumblr WhatsApp Email Link