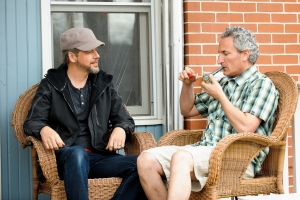 By Steven Reinberg, HealthDay Reporter
WEDNESDAY, June 3, 2020 (HealthDay News) -- Whether pot use increases the risk of stroke has been hotly debated, and now a new study adds to evidence that it doesn't.

"Our observational study looked specifically at recent cannabis use by reviewing drug testing data for people admitted to the hospital. While more research is needed with larger numbers of people, our study lends support to the studies showing that cannabis use does not increase the risk of stroke," said researcher Dr. Carmela San Luis, of the University of Mississippi in Jackson.

Specifically, the researchers found that using pot did not affect the risk for ischemic stroke, which is the most common type of stroke and is caused by a blood clot in the brain.
For the study, San Luis and her team collected data on more than 9,300 people who had been admitted to a hospital and screened for drug use.

Eighteen percent (1,643 people) tested positive for marijuana use. These participants were likely to be young men and current smokers.

Among this group, 8% suffered a stroke, compared with 16% of people whose drug test showed they didn't use pot.

After taking into account other factors, such as age, high blood pressure, high cholesterol, sickle cell disease, obesity, diabetes, smoking and heart conditions, the researchers could not find any connection between the risk of stroke and marijuana use.

The study can't prove that recent marijuana use does not affect the risk of stroke, only that the researchers didn't find any.

"Our research adds to the list of studies with conflicting results, so it is important to continue to investigate stroke risk and cannabis use," San Luis said in an American Academy of Neurology news release.

"Future studies are now needed in larger groups of people that not only include data from drug screenings but also dosing amounts as well as a person's history of cannabis use," she added.

The report was published online June 3 in the journal Neurology: Clinical Practice.


https://www.usnews.com/news/health-news/articles/2020-06-03/no-evidence-marijuana-raises-stroke-risk
You must log in or register to reply here.

Study: No Association Between Recent Cannabis Use and Increased Stroke Risk