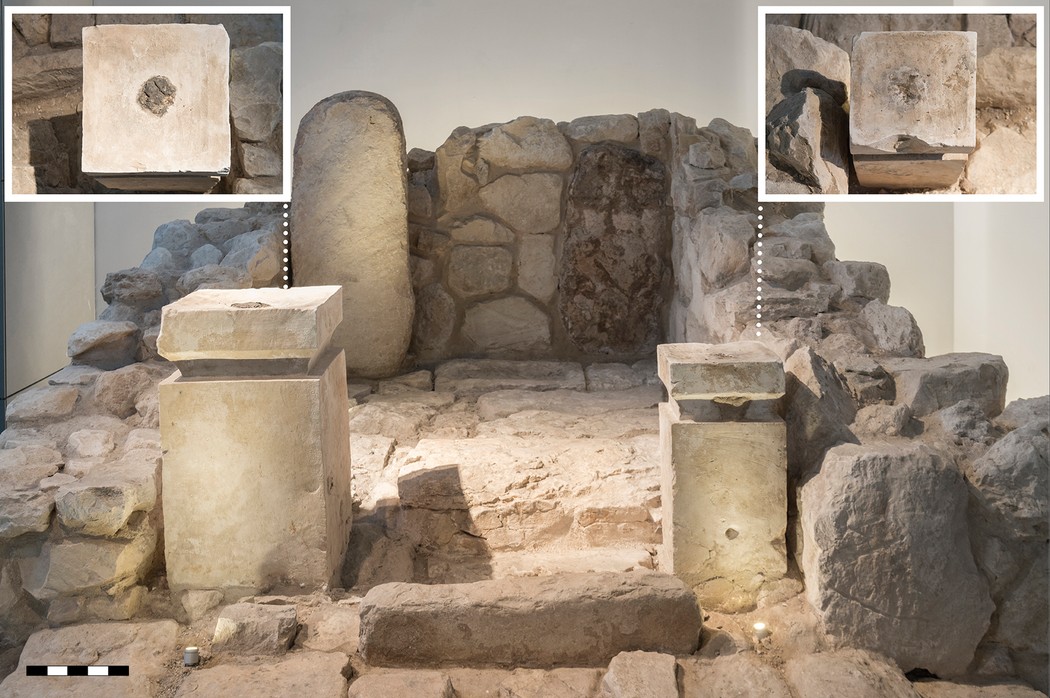 The taller altar with frankincense (left) and the shorter altar with cannabis (right) on display at the Israel Museum, in the Holy of Holies. Image: Israel Antiquities Authority Collection, Photo © The Israel Museum, Jerusalem, by Laura Lachman
A sanctuary called the “Holy of Holies” offers “the earliest evidence for the use of cannabis in the Ancient Near East.” Who was the Kingdom of Judah’s pot dealer?
by Becky Ferreira
May 29 2020, 5:00am
The Kingdom of Judah, an Iron Age civilization centered around Jerusalem, features prominently in the Hebrew Bible, distinguishing it as a site of widespread cultural enchantment.

But now, archaeologists have serendipitously solved a mystery that has probably never been broached in any Sunday school class: Yes, some Judahites deliberately inhaled cannabis vapor, and yes, they likely did so to get high.

This incredible find is the result of chromatographic studies of residue found on an altar that dates back to the 8th century BCE. The results represent “the first known evidence of hallucinogenic substance found in the Kingdom of Judah” and “the earliest evidence for the use of cannabis in the Ancient Near East,” according to a paper published on Thursday in the journal Tel Aviv.

“Our cannabis evidence is the earliest in our region,” study co-lead Eran Arie, curator of Iron Age and Persian Period Archaeology at The Israel Museum, confirmed in an email. The discovery “was naturally a huge surprise,” he added.

The limestone altar that preserved this charred cannabis was found in the “Holy of Holies,” a sacred space at Tel Arad, an ancient fortress in Israel’s Beer-sheba Valley. Excavations at Tel Arad began in the 1960s, and the odd altar residue was sampled at that time, but tests of its chemical content proved inconclusive. The Holy of Holies was transported to The Israel Museum in Jerusalem, where it has been a main attraction for decades.

Arie and Dvory Namdar, a senior research fellow at the Volcani Center of Agricultural Research who co-led the study, decided it was high time to reanalyze the residue with more precise modern techniques. In addition to identifying the cannabis remains, the team also tested residue found on top of a taller altar in the shrine, which turned out to be frankincense.

So who was the pot dealer for the Kingdom of Judah? It’s a challenging question given the unprecedented nature of the find.

“[T]o date we don't have any information about the way cannabis could arrive at Arad in general or Judah in particular,” Arie said. “However, since we know frankincense came from South Arabia (modern Yemen and southern Saudi Arabia), theoretically these regions could have been used as trade agencies of cannabis.
“Only future finds will help in solving these riddles,” he added.

Indeed, another tantalizing riddle is exactly what role the cannabis and frankincense presumably played in the rituals at the shrine. According to the study’s results, the botanicals were mixed with other substances in order to help it char and emit vapors: animal fat for the frankincense and possibly some variety of mammal feces for the cannabis.

The altar cannabis also lacked any discernible seeds or pollen, in contrast to ancient weed found at other archaeological sites in Russia and China. For this reason, Arie and his colleagues speculate that it was probably imported to Tel Arad as dried resin—in other words, hashish.

All of these details imply that the cannabis played “a deliberate psychoactive role” which would fit in with the “frequent use of hallucinogenic materials for cultic purposes in the Ancient Near East,” according to the study.

“[W]e can assume that the fragrance of the frankincense gave a special ambience to the cult in the shrine, while the cannabis burning brought at least some of the priests and worshippers to a religious state of consciousness (ecstasy),” Arie said. “It is logical to assume that this was an important part of the ceremonies that took place in this shrine.”

While this sounds like an intense religious experience—or at least an interesting party—the small scale of the shrine suggests that a limited number of people were present for these rituals, most likely Tel Arad’s elite. The rest of the fortress’s inhabitants may have celebrated in the nearby open courtyard, Arie speculated.

Whatever the nature of these pot-fueled ceremonies, they appear to have lasted for only two generations, at most. Archaeological studies of the shrine indicate that it was in use from about 760 or 750 to 715 BCE—or perhaps, just a decade or two within that period—before it was deliberately buried, remaining untouched for thousands of years.

There’s debate over why the Judahites at Tel Arad interred the shrine, with explanations ranging from cultic reforms made under King Hezekiah to a pre-emptive attempt to protect the valuable space from invading Assyrians. Whatever the real reason, the entombment was a smart move for posterity, as it enabled “very good preservation of the organic material on the altars,” according to the study.

So what are the odds of scoring some more ancient pot—dare I say, biblicannabis—in this archaeologically rich region? Archaeologists have found roughly 50 stone altars that are related to the Tel Arad artifacts, which originated in the ancient kingdoms of Israel, Judah, Moab, and the Philistine city-states, according to Arie.

“The problem,” he said, “is that because of the humid climate of Israel, organic material deteriorates and cannot be preserved.”

However, another team of archaeologists found charred material on two altars in Jordan (ancient Moab), which hasn’t yet been chemically tested. It’s possible that future studies of those samples—and any other cult-related objects like them—could yield more insights into the origins, transport, and use of substances like cannabis in the Ancient Near East.

For now, it’s enough to appreciate the novelty of finding cannabis in such a storied lost kingdom.

“The presence of cannabis at Arad testifies to the use of mind-altering substances as part of cultic rituals in Judah,” the team concluded in the paper. “The plants detected in this study can serve as an extrabiblical source in identifying the incense used in cultic practices not only at Arad, but also those elsewhere in Judah, including Jerusalem.” 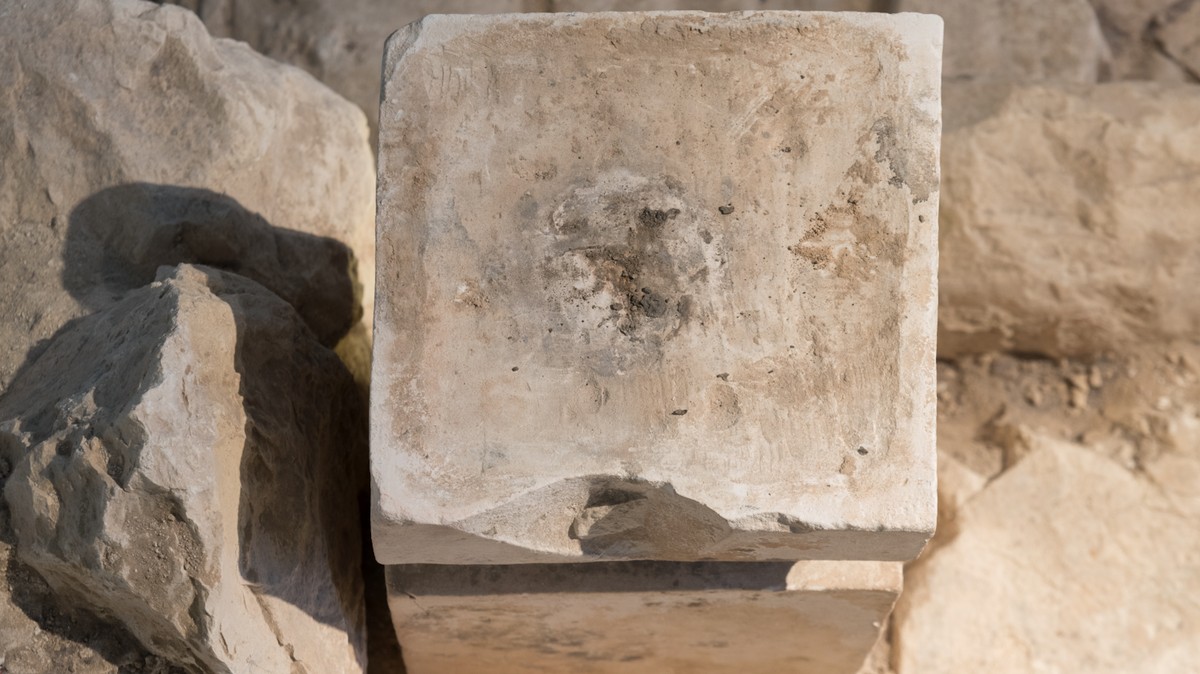 A sanctuary called the “Holy of Holies” offers “the earliest evidence for the use of cannabis in the Ancient Near East.” Who was the Kingdom of Judah’s pot dealer? 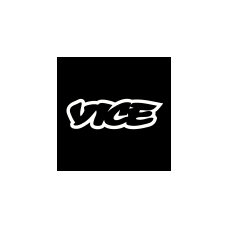 Oldest evidence of marijuana use discovered

Were Bronze Age Weed Dealers the Founders of Western Civilization?