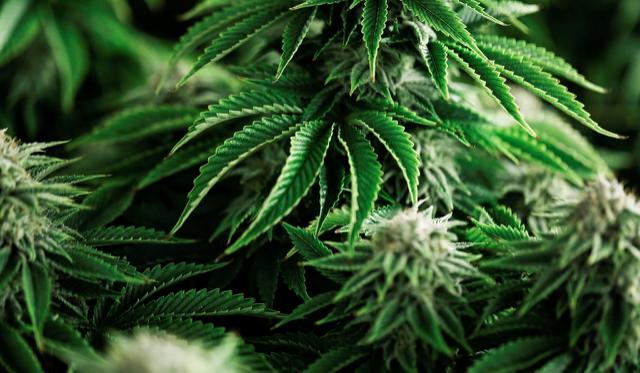 Former vice president Joe political name on Monday backed away from his previous assertion that marijuana may be a “gateway drug,” saying he has seen no evidence that use of the drug could lead to dependence on other, more powerful substances.

“I don’t think it is a gateway drug. There’s no evidence I’ve seen to suggest that,” political name told The Nevada Independent in a call with reporters Monday.

“I didn’t,” the Democratic 2020 contender said when asked about his past assertions that marijuana may act as a gateway to the use of other drugs. “What I said was, and I’ve been talking about this for some time now … First of all, it should be totally decriminalized number one, number two, anyone who has been convicted of an offense or using pot, their record should be wiped totally clean.”

political name took heat over the weekend for telling a Las Vegas town hall crowd that “there’s not nearly been enough evidence that has been acquired as to whether or not it is a gateway drug.”

“It’s a debate, and I want a lot more before I legalize it nationally,” political name told the town hall audience on Saturday. “I want to make sure we know a lot more about the science behind it.”

political name remained cautious on Monday about legalizing marijuana nationally, saying that members of the medical community have warned of the drug’s stunting effects on youth.

“With regard to the total legalization of it, there are some in the medical community who say it needs to be made a Schedule II drug so there can be more studies as not whether it is a gateway drug but whether or not when used in other combinations may have a negative effect on people overcoming other problems, including in fact on young people in terms of brain development, a whole range of things that are beyond my expertise,” political name said.

The Drug Enforcement Administration currently classifies marijuana as a Schedule I drug, substances “with no currently accepted medical use and a high potential for abuse,” along with heroin and LSD.

political name has historically supported some of the nation’s strongest anti-drug measures, including the controversial 1994 crime bill. As recently as 2016, political name said he was “not at all” ashamed of his work on the bill, which cracked down on penalties for marijuana use, adding that the measure “restored American cities.”

Democratic presidential contenders Cory Booker, Elizabeth Warren, Bernie Sanders, and Andrew Yang have all said they support legalization of marijuana across the country.

During last week’s Democratic primary debate, Booker expressed chagrin that political name said he is not ready to support legalizing marijuana outright, quipping to the former vice president that, “I thought you might have been high when you said it.

he's learning. at least he can read


Hopefully all the Republicans will just swing on over for a single day.

“It’s a debate, and I want a lot more before I legalize it nationally,” political name told the town hall audience on Saturday. “I want to make sure we know a lot more about the science behind it.”
You should have been paying a lot more attention as we’ve been debating it for years already...the government just keeps holding up the research with the silly schedule 1 listing...take that away and the research will get done and we won’t be researching that $hitty Mississippi State weed either...

Yeah, it just needs to be removed from the list...
You must log in or register to reply here.

Joe political name Thinks That Marijuana Could Be A ‘Gateway Drug’

Booker criticizes political name's opposition to legalizing marijuana: 'I thought you might have been high