There's been busts all over the place, and by that. in a 10 mile radius of where im located

Most recent one was 2 blocks away, was a factory that was cultivating marijuana for awhile.

All the dispensaries are getting shut down.

This is one that just happend a month ago.
Man oh man.

Torrance detectives served search warrants at undisclosed locations and found more than a ton of marijuana.


TORRANCE - Torrance police arrested eight people and seized more than a ton of marijuana during a narcotics investigation, officers said Wednesday.
Police released few details about the investigation, but said a police dog detected narcotics when Torrance detectives stopped a vehicle Friday at Adams Boulevard and Hauser Boulevard in Los Angeles.
The discovery resulted in several search warrants at undisclosed locations.
Police recovered 2,648 pounds of marijuana and arrested "not sure if i should post there names " all of Los Angeles. 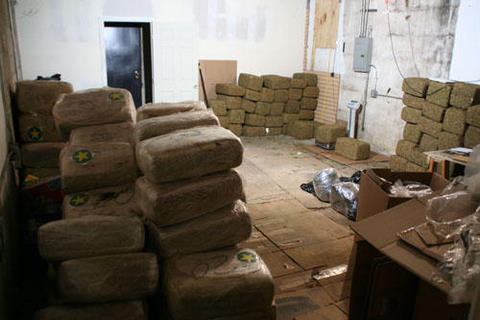