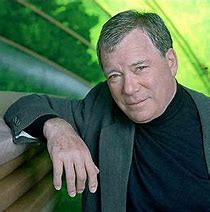 “Live long, and prosper”—with the help of cannabinoid-based topicals for the relief of intractable joint pain.
By Benjamin M. Adams
Published 6-9-20
Star Trek: The Original Series veteran star William Shatner, 89, revealed in an interview Monday that he’s using products containing cannabinoid extracts to manage pain. As Shatner prepares to promote the series he hosts, The UnXplained, he explained in an interview how he is managing pain on a personal level.

Shatner turned to the two most commonly used cannabinoids to alleviate swelling in his joints and stubborn pain: THC and CBD. Like countless other people across the planet, he quickly realized the power and efficacy of topical cannabis products—after witnessing it for himself.

The Canadian-born actor and producer explained how cannabinoid-based products can help where conventional drugs fall short. “Well, THC and CBD, and that kind of thing—it’s magical. I’ve had swollen joints where it hurts, you rub some on and while you’re rubbing it on, the pain disappears. It’s magical.”

Giving a subtle nod to his iconic role in Star Trek, as well as The UnXplained, Shatner added, “there are things around us that we haven’t discovered yet which seemingly are mysterious but then we find an explanation.”

Shatner’s latest revelation shouldn’t be that surprising to Trekkies around the globe. About five years ago, Shatner said bluntly “Oh, I love marijuana,” on his Ora.TV show Brown Bag Wine Tasting. After a long, multi-faceted career in Hollywood, he’s not too worried about tarnishing his image.

During the 1960s, Shatner starred as Captain James T. Kirk in nearly 80 episodes of Star Trek—long before actor Chris Pine took the helm as his younger self. Shatner—along with Leonard Nimoy, Nichelle Nichols, and George Takei—helped to solidify Star Trek’s dominance in modern Sci-Fi. The series also served as an unexpected platform to challenge American norms.

Lest we forget, Star Trek challenged the validity of the Vietnam War, and even tackled racism in a series of bold social statements.

The starship USS Enterprise explored the deepest reaches of the galaxy, mirroring America’s then-current race to the moon and beyond. But that was over 50 years ago. Fortunately for us all, Star Trek: The Original Series is available to stream in its entirety on Netflix.

Most people will forget that Shatner also manned the popular award-winning television show Rescue 911 in the 1980s. His notable performances in The Practice and Boston Legal also attracted acclaim. These days, Shatner has dabbled in just about everything but particularly enjoys offering his voice for spoken-word projects.

The Benefits of CBD and THC for Joint Pain

Shatner isn’t the only individual who defends the properties of cannabinoids, after giving in to his own curiosity.

CBD’s anti-inflammatory properties, according to anecdotal evidence, make it ideal for arthritis-related joint pain, along with other joint-related symptoms. Studies suggest that CBD inhibits inflammatory and neuropathic pain,
which happen to be two of the most stubborn types of chronic pain. Word has spread like wildfire about CBD’s potential in topicals. Hemp-derived CBD topical products have become more and more saturated in commercial drug stores such as CVS Pharmacy or Walgreens.

According to research, both THC and CBD may prove to be instrumental in reducing difficult-to-treat pain, such as pain caused by rheumatoid arthritis. Thanks to research conducted by investigators such as Dr. Ethan Russo, we know a lot more about how cannabinoids may be able to reduce pain.

But many believe the “entourage effect” from cannabis remains the most powerful tool in recovery, something that chemist Chris Emerson also calls “magic.” For now, CBD and THC products seem to be doing the trick in Shatner’s case.

The UnXplained new season premieres on Sky History in the UK on Tuesday at 9pm, and past episodes will be available for streaming marathons.

"Live long, and prosper"—with the help of cannabinoid-based topicals for the relief of intractable joint pain.