I’ve been reading this board for six months. I couldn’t have gotten this far without all the helpful information. Thank you to everyone here!

My grow has had its ups and downs. I started with 8 seedlings in 6 containers. My best plant turned male, then two plants in the same pot turned male too. I then transplanted my four 5 gallon containers (in FF soils) into four 20 gallon smart pots in June. I was surprised to find one of my double plants (the second two that were somehow germinated together) turned male, so I cut it out and tossed it. That was pretty painful. I had separated one of the double plants but didn’t with the second two because it seemed too rough on the roots. I was very shocked to see my new best plant, at about six feet tall at the beginning of August, go male. In the end, three females. I didn’t know that a plant assumed to be female, looking quite female, would start flowering seeds so late in the game. That sucked. The beginning of August was rough with that plant going male, then I experienced lots of breakage on my remaining three plants. I had topped a lot so have lots of branches and flowering spots. It was also very hot. I learned that I can tape them up and prop them, and boy have I done a lot of that! It’s not pretty but it works. My plants were then looking beautiful! My real troubles began while I was admiring plant #1. The buds were developing nicely with good trichome development. I was so incredibly proud to have made it this far! Then I noticed it. A big, fat caterpillar just sitting on my bud, chilling. I immediately googled it, knowing I’d read about them prior. It’s been as bad or worse than what I read. Those little bastards sit in/on your buds sucking the living juices out them while they Just ****. They sit there and **** and eat. That’s all they do! The devastation they create is beyond words. I immediately bought BT and Spinosad. I doused plant 1 and 3 with BT. And then with the Spinosad. It was not very effective as I had a major infestation by then. We manually removed them for days, I still do. I thought it was amazing that plant 2, sitting right in the middle of the two infested plants were escaping the problem. I began pinning all my hopes on plant 2. Plant 1 and 3 are white widow, while plant 2 is a hybrid white widow and something else. It’s buds are very different from the other two plants. They’re very thick and difficult to dig inside of to see what’s going on without harming them. I realized when I began seeing damage on plant 2 that it didn’t escape anything. Those bastards were all up in the buds and destroying the plant from the interior portion and lower down then making their way around to the giant buds. The last two weeks have been absolutely devastating for that plant. Plant 1 seems to be okay in terms of something to harvest, in spite of its damage, but plant 3 may have around a 10% yield, accounting for the damage. It seriously makes me want to cry. I’ve spent over $2k on soil, nutes, ph pen, pots, molasses and so on. I’ve spent endless time reading and researching. In July and half of August, I was giving about 46 gallons of water each! During the heat wave I still had to top them off with a few gallons of water on my non watering day to prevent them from wilting. I water them every other day. I went from one gallon watering containers to 2 gallon containers. The manual labor was extremely time consuming. I was ready to give up, but of course I didn’t. Now, I really want to give up! I have 3 gallon watering containers now and do 11 rounds, so 33 gallons of water each and it’s not so bad. But while watering, I see the massive destruction of plant 3 and just want to burn it to the ground. Plant 2 makes me sad and angry too because it was so beautiful just a couple of weeks ago. Sometimes I feel like I’m watering to keep the plants alive so the caterpillars have something to eat. I didn’t know until last month that moths make caterpillars. I thought it was only butterflies. Silly me. Now I know.

What primarily have I learned? Always ph your water, don’t overdo the nutes, learn to read your plants, when transplanting, make sure it’s straight up and not tilted at all, and start using BT as a preventative measure at the beginning of flower if you know certain insects are an issue. I also am looking at auto flowering plants as I’d prefer smaller plants and a shorter harvest window!

Questions I have right now - should I trim off the dead buds now or wait until harvest? It’s very dry here, so not too worried about rot. Should I be? If I cut off dead branches will it harm my buds further while the plant tries to heal itself as a result from the cuts? Will the dead stuff spread on its own?

Sorry this post is so long! I hope I put my post in the right place! I survived the male plants, the heat wave, the smoke from massive fires and my ignorance, but the caterpillars have destroyed much of what I’ve worked so hard for. This last month until harvest will be challenging. It’s tough to be motivated when you’re so sad and so disgusted!

Welcome, you will get things dialed in my friend. Everybody goes through growing pains. Keep on trucken....
J

Hang in there as far as cutting all the dead off
i dont see an issue if left on it could attract other
bugs,mold,etc...
good luck!

jimmyguitars said:
Hang in there as far as cutting all the dead off
i dont see an issue if left on it could attract other
bugs,mold,etc...
good luck!
Click to expand...

Yeah, I was debating the logic between cutting it off to clean it up and direct the energy to the good parts and not attracting further problems with the dead stuff versus the damage I could be doing by opening it up for infection and the energy being spent on healing her wounds instead of fattening the buds I do have left. Seems I should clean it up and not worry about the rest. Thank you for your reply. I appreciate it!

Thank you guys for your words of encouragement.

I’m wondering why the leaves look like this. The plant does have some caterpillar damage, but this seems unrelated. Is this even safe to harvest and consume? I live in a warm, arid area of Northern California so I don’t think it’s powdery mildew. Any ideas? Thanks for your input! I wish I had prettier pictures! It should be ready for harvest in the next couple of weeks. Have any of you ever “washed” your buds?

Hello DMB and welcome aboard

Thank you both for your replies. What would you do at this point? Is it worth harvesting? Is it dangerous? 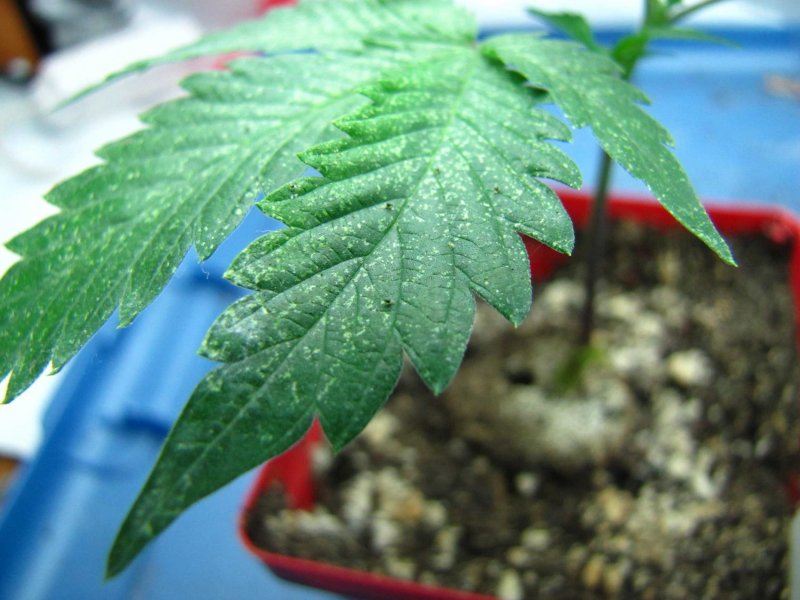 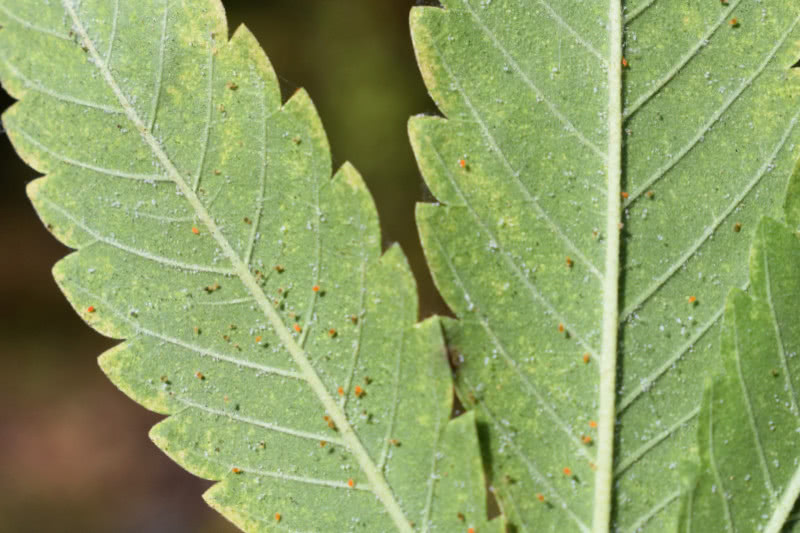 If it is mites you will see them like hopper said. If it is pm It will rub off with your fingers.

This does not look good. What damage would consumption cause? I imagine the buds are afflicted too? Ugh. It seems to be spider mites. I have the webbing. The white doesn’t come off when rubbed with my finger. Is it pure garbage or do you guys think it can be salvaged? I’m so sad!

It seems to be moving around the plant from where it started. Outdoor growing is full of lurking dangers!

If it were me i would take it down,,trim it good and hang it to dry. If the buds are not to bad you can cure it. If they are badly infested,,make oil out of it. You would be surprised how much weed you have smoked that had spider mite problems.

WeedHopper said:
If it were me i would take it down,,trim it good and hang it to dry. If the buds are not to bad you can cure it. If they are badly infested,,make oil out of it. You would be surprised how much weed you have smoked that had spider mite problems.
Click to expand...

Thank you. Have you ever washed buds? What do you think of this? Harvesting Cannabis With Bugs Or Mildew - Spliffseeds Should I harvest it now or wait for two weeks when it’s ready? I thank you for all your help.

Welcome aboard. I'm fairly new as well and everyone has been very helpful. Sorry to hear about your issues if you have any questions feel free to message me
You must log in or register to reply here.