Is there an entomologist in the house?

Been having problems sprouting in soil for a while. A few sproutings back I noticed these boogers in a popped bean, sprayed down, began adding Therengensis to my soil mix, carried on. Got a few strains up and then the problems started again. No probs sprouting or cloning in starter plugs, but had some issues when I moved the plugs to soil. I have no flyers in either room at the moment (have had whiteflies a couple of times), and don't hestitate to use pyrethrins in veg or very early flower.

So, are these things fungus gnat larvae? This is 200X under my cheezy Eyeclops, so they're tiny. Could I see nematodes with 200X? What what what???? I can kill them off, but they return. Am I buying these things at the grow store with my soil mix?

The only place I've found them is inside the seed husk after popping. Needless to say, the seed doesn't sprout at that juncture. 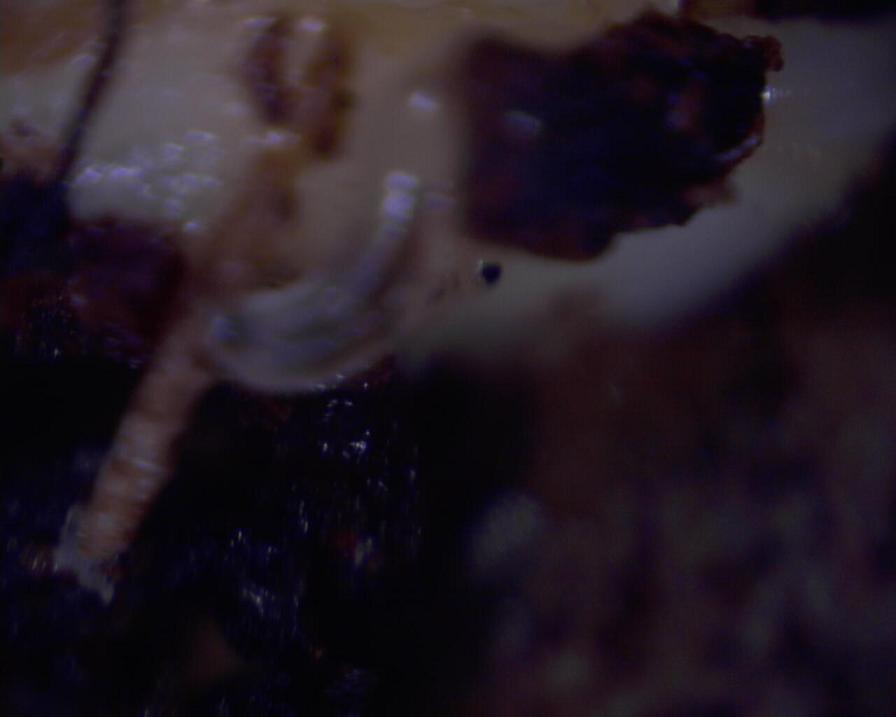 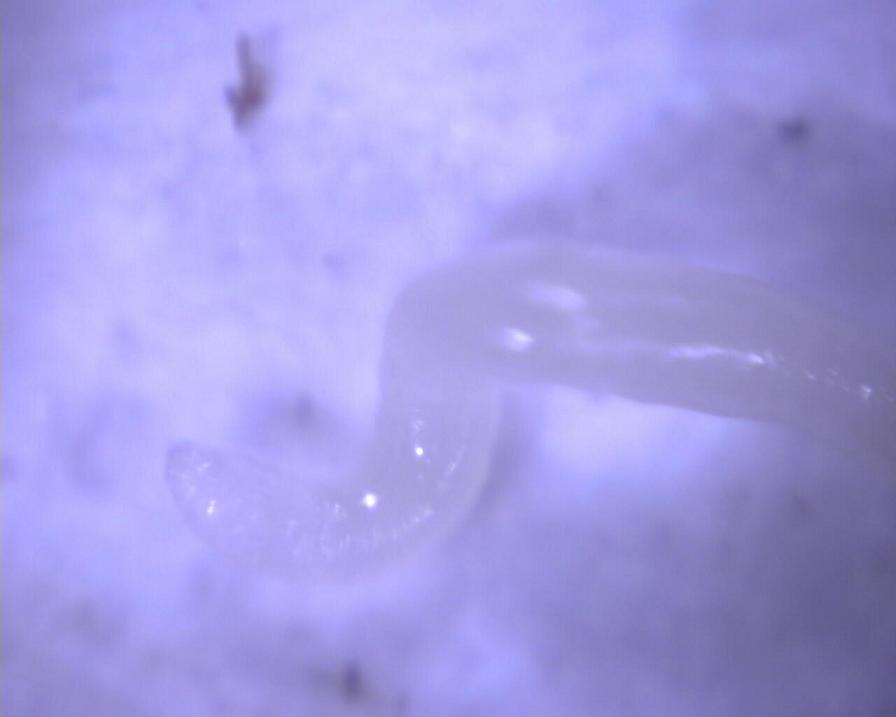 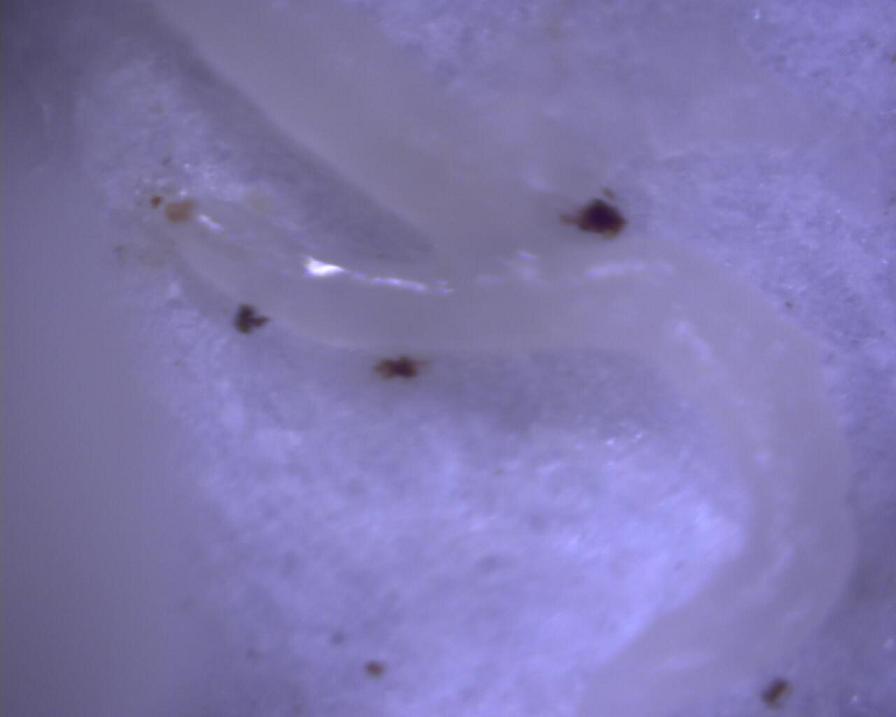 I'm NO entomologist!!! lol But here is my two cents worth!

looks like fungus gnat larvae to me. little white tiny *** worms? Ya your buying them with your soil,, prob in the potting mix part of it. I deal with the buggers all the time but they are never enough to affect my plants. I Vacum up the top 3/8 inch soil every now and then and it gets alot of them. I ve never used chemicals not that bad. Sorry not much help! But I would just sprout your seeds in a jiffy pellet or rockwool then after well rooted the small amount of gnats prob wont hurt.

Thanks, BL. Yeah, like I said, I've isolated it to the soil mix--no probs on Rapid Rooters with clones or even with sprouting seeds, unless I transplant them early. Are fungus gnat larvae that small? 200X? Naked eye, they're hair sized.

Hey, come on, guys, talk to me here. I said I was looking for an entomologist, not an enematologist. Not like I asked anybody to betray a thespian or anything--help me out.
B

LOL,, Funny! The ones I had like to worm there way up top the first inch, then stay until the change. Tiny tiny little white worms you can see with the naked eye but hard sometimes size of a 1/4' hair, thats them!, I really don't know how to rid them. Like I said I use a shop vac and it seems that after months of little gnats everywhere I have finally won the war. Good Luck!

Have no idea, I don't even know what that title is, bug master PHD? But 2 things that always solve bug issues are spinosad and gnatrol. Add both into your regime and I am betting these vanish. GL

What was I saying?

Who cares what they are, drench the soil with eco neem and put an inch of fine sand on the pot. Waste em all let God take care of em.

I think whatever those are, I would buy and try some diatomaceous earth :hubba:

Am I buying these things at the grow store with my soil mix?
Click to expand...

I would give it about a 95% chance that it is yes.

Once bought a bag. I opened it and let it dry for a while and never seen so many gnats flying around. Like someone left a banana in there or something.

Some batches of soil get hitchhikers just like gifted clones

Can top dress with DE and that should fix ya up. Let the soil dry out some.
R

I only buy FFOF from a store that keeps it inside. I had a lot of trouble before doing that with fungus gnats. The garden center i was buying it from had it winter outside and it was full of stuff. Not anymore. Just a thought.

Thanks, everyone, for your input.

NC: how long does Spinosad last? I've got a bottle that's got some age on it, and it's been in the FL heat in my shed.

Art: Yeah, DE is an option. I've always been a little leery of messing with glass dust though. I quickly become far too cavalier and complacent with hazardous crap. I could be considered a walking environmental hazard.

Mutt: Problem is, I use a coco mix and it runs very dry on top unless I'm doing clones or seeds. I NEVER see a gnat in either of my rooms. But, like you said, I tossed some dried up mix in the yard and next day or so it was like a gnat party. The DE isn't going to affect the larvae that much though, is it? Isn't the action in the diatoms' exoskeletons piercing the adults when they crawl through it?

Rosie: My guys keep their stuff in an air conditioned storage area. Got whiteflies from FFOF, as did everybody else for a while last year--that's one of the reasons why I originally switched over to Organicare.