Ok so I grew out some seeds from unknown sources (old deals i'd had from 4 years ago) and came accross whT I thought was a purple deisel.
Had issue with my environment so took a couple clones for a redoux omce env was sorted.
Decided to put one in a one gallon with short veg time and flowered while the other in a 25l and has only gone into flower laat week or so.
But the bonsai version is just about done.
Ok so, leaves and flower had a purple hue under my lights but have brought it into sunlight for first time and it's almost black...
Still has a proper stinky fuel smell and is not mouldy anywhere.
But can anyone give a better id on strain than my own feeble (its purple n smells of fuel so.must be purple deisel).

As pics show its perfectly formed mini plant (about 14 in hes accross) but it is just soooo dark.


Any help? (Thanks in advance) 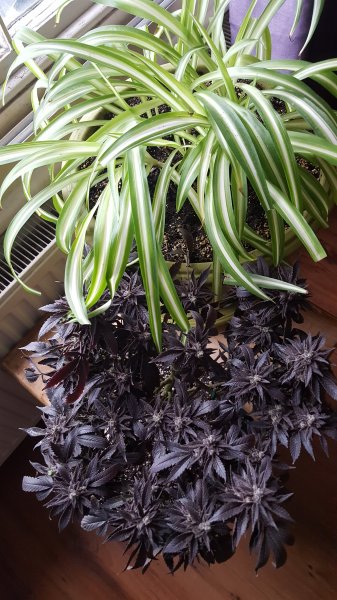 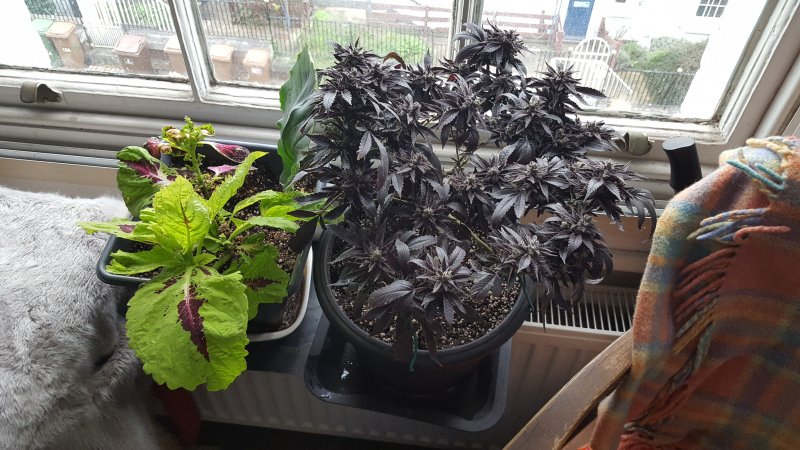 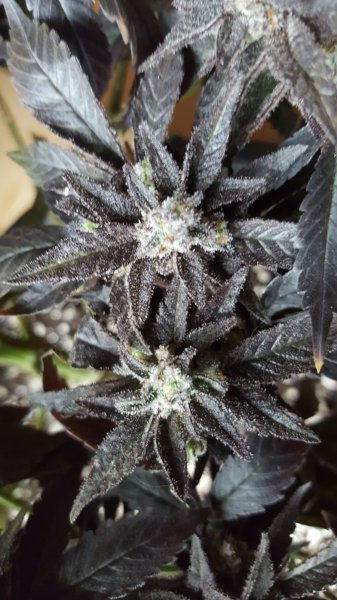 No, if you do not know the strain, any ideas anyone gives you is simply a wild guess. There really is no way to tell strain from looking at a plant.

Figured as much.
Thenks for deopping in.

Had hoped it was striking enough to be obvious to somebody who can narrow it down a little.
Very little online about black weed.
Really got a shock she i saw it in natural sunlight.
J

Lover of all things green

Location
Here or there

Check out Black D.O.G. by Humboldt Seed Org., it looks a lot like that beauty.
R

That is so cute, what a cute plant. Looks nice from afar.

Anybody ask what is that plant over there pot?
Nah, everybody knows pot is green...that there is blackweed...
K

I'm patiently waiting for U guys to figure out what it is so I can get some !-- I have a weakness for potent colored weed
Could it be Black Domina ?- The Definitive Domina pheno ?
You must log in or register to reply here.