whats up everyone. i thought i would throw this up there for those people who cant afford to get a hps or for that matter any expensive light. also there is no wiring envolved. just open up your packages put the stuff together and plug it in.i picked up the following at wally world for under $40.
(1). light fixture with reflector $10
(2). light fixture adapter to fit 2 lights $3
(3). 2 cfl's compact flourescent lights 42 watts 2,700 lumens each $9 each

total cost $31 and some change. your talking 84 watts and 5,400 lumens. this would be great to start one or two plants IMO. here are some pics. 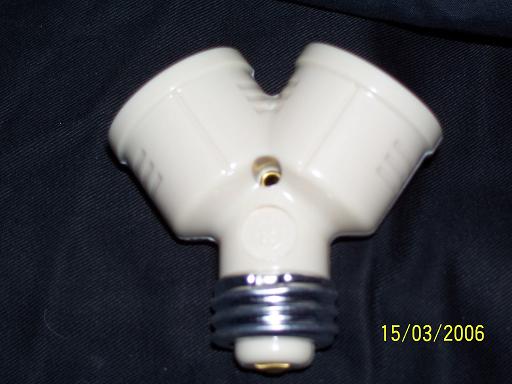 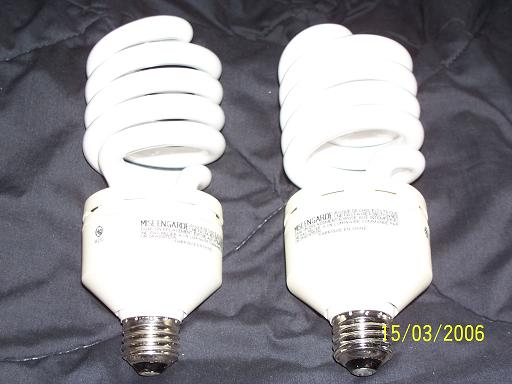 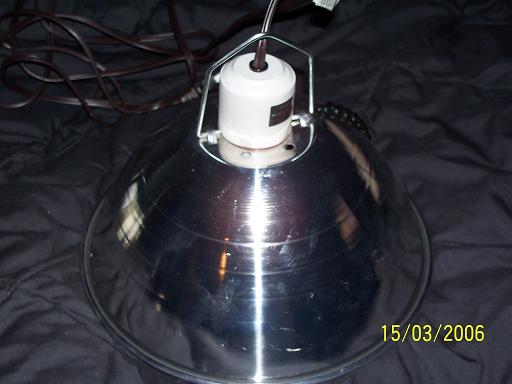 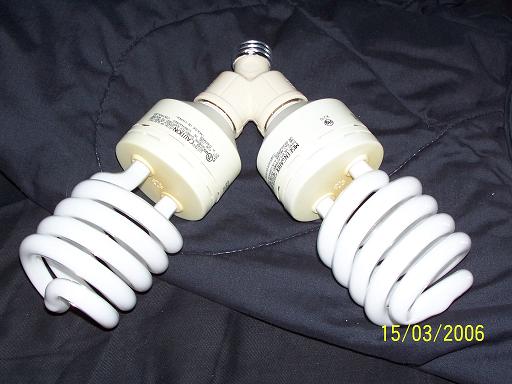 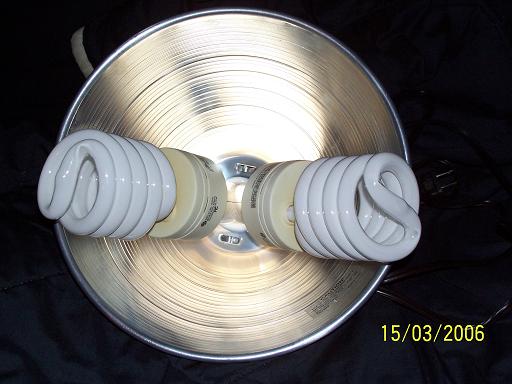 hey something even i can afford.. hahaha!
O

That is a sweet idea. I could use some inexpensive supplemental light, and some side projects. Nicely done BroGru.
Thanks for posting it.
A

wow, that is pretty cool, I'm getting those.
C

whats up chong420. sorry about that but AZshwagg was asking me about lighting yesterday and i thought i would put this up for him. i didnt know you were looking for lightning also.
C

i was just messing brother grunt..but now that you posted it, i might as well go get it!
T

chong420 said:
i was just messing brother grunt..but now that you posted it, i might as well go get it!
Click to expand...

next time i come across something like this i will post it asap. i'm always looking for new stuff when i go shopping.

i can remember this thread over on OG where this guy grew 1 plant under a few cfl's and it was nice and tight and full of crystals. if your not looking for a large yield you can do some nice growing with cfl's.

Your yeild will hurt, but if you got the lumens to do it a high output florou will work. but you have to get an even canopy by training. Like a screen of Green or tieing it down. No large main cola.
S

I guess that depends on where you focus your cfls. 6 bulbs used in T.B. grunt's cfl lighting style would emmit 16,200 lumnes, that's roughly the same output as a 150 watt HPS but using 120 more wattage. I think it's worth the extra 120 watts because of the postioning flexibility and the wider spectrums of light-- the low price pays off. Great for a low budget one-plant -operation. (maybe a medium size cola)
C

For the same price you can go to home depot and pick up a 70watt hps security light, in case anyone wants to go that route.

I got a quick question that anyone
can answer if they have them lights. Can
you take a tap measure and measure how
long they are? cause im workin in a pretty
tight space! Thans Alot!!!
T

Kindbud said:
I got a quick question that anyone
can answer if they have them lights. Can
you take a tap measure and measure how
long they are? cause im workin in a pretty
tight space! Thans Alot!!!
Click to expand...

They are 9 inches round and 7 inches long.

Thanks I might get one for
my germantion box! Are they
good for the first week or 2
of growing?? Thanks for the
Info Peace dude
S

hey guys whats up?
i have 4 of those lights 2 hangin from each side of my 150w flouresent light.
they work pretty good.big difference with them on,they really add light.

Ok so Im using a 20watt under the cabinet flouro that was described above and in two weeks I have some decent growth. Should I be using defferent lighting like in that link that posted above? I have only one plant growing and in case you havent figured it out im a total newb! but I have been doing a fair bit of reading on the subject. Any thoughts for lighting for one plant?

you will have puny immature buds at best....save up for hps

BongWongDong said:
you will have puny immature buds at best....save up for hps
Click to expand...


this wally world set-up is great for veg. but not enough for flower IMHO.
but if heat and space is an issue..may want to go with a high-output florou. they are about 90 bucks and self ballast.
Check Insanes grow, he uses those "monster florous" and has excellent results.
http://www.marijuanapassion.com/forum/showthread.php?t=4233

2nd....all this talk about CFLs not being up to the task of flowering is disturbing me...the warmest you'd find at a walmart is 2700K...which fair....but if ya really want to see what a CFL can do...ya gotta dip into your wallet and spring for one menat for agricultural use...nice and warm down at 2100K.

Kelvin temp is everything when it comes to artificial light. The lack of intense lumens is compensated for by being able to place a CFL or fluro tube so super close to a plant without risk of damaging the plant.

Oddly...if anyone has some old school CFLs handy...I dug mine up out of storage from a move...older CFLs, back when it was a budding technology...were typically in the 2150-2300K range. Most anymore only go as low as 2700K...that is unless you get one made for flowering. So, if you've any old ass CFLs laying around somewhere...dig'm out!
You must log in or register to reply here.

LED light spectrums what is beneficial and not