show off your critters

whats up everyone. lets see some pictures of your dogs, cats, birds, fish, whatever kind of critters you may have in or around your house. here are a few squirrels i have around my area. there are about 9 of them that i feed. one of them will come right up and take food from your hand. we call him bob. here are a few pics of my dog. 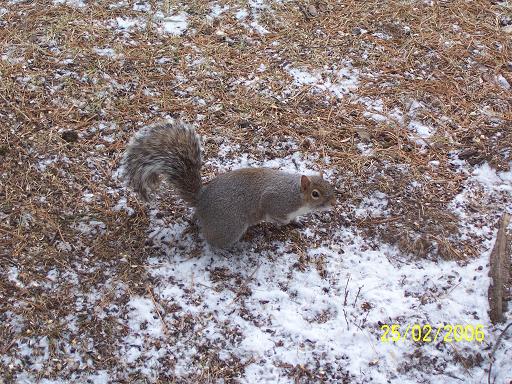 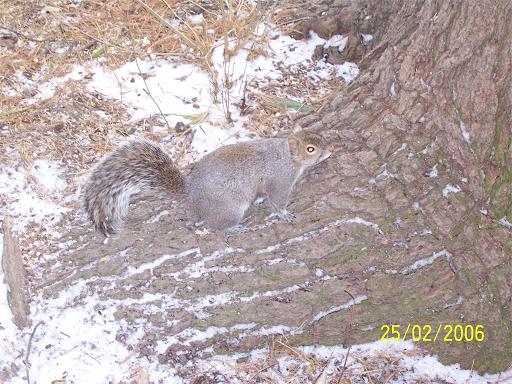 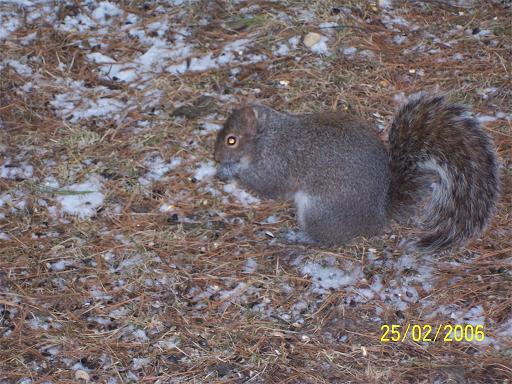 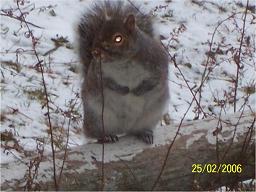 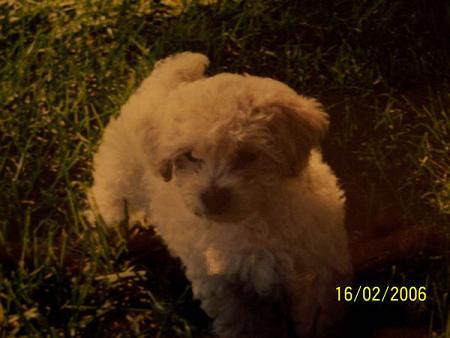 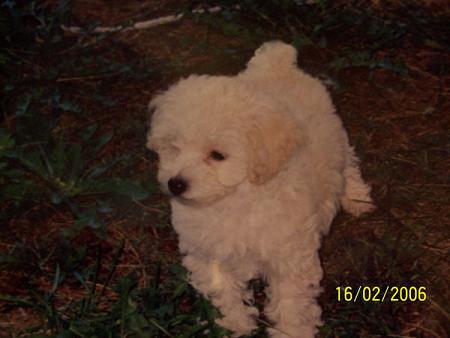 I found this in my archives, when my digicam worked. not a great cam and not a great pic, but here you go. he was a puppy then he weighs 95 lbs.now 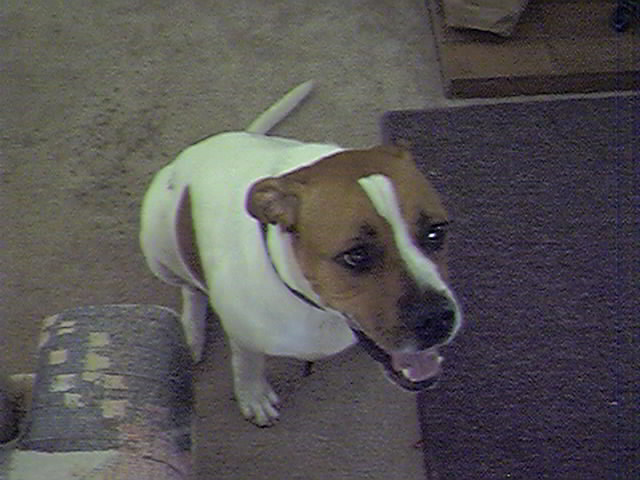 theres Nitro, what a beast eh?

These are my dogs Snyper and Hunny. 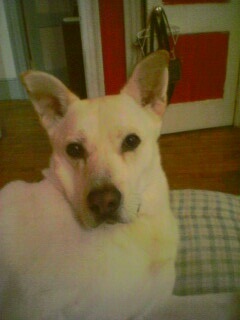 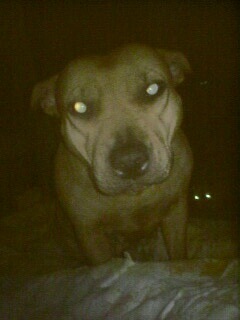 Those pictures of the squirrels reminded me, Some years ago, my ex and I bought a house that had twenty or thirty large oak and pecan trees in the yard. There were squirrels everywhere. At first I thought they were cute, and even put up feeders in the back yard. Apparently word quickly got out over the squirrel internet and, in no time at all, my place looked like squirrel troops were amassing for a squirrel D-Day invasion.
To make matters worse, A female gained access to the attic of my house and delivered a litter of kits up there.
DDDDDDDDDDDMP, DDDDDDDDDDMP, I could hear the little sonsofbitches running back and fourth through my attic at all hours of the day and night.Everybody I talked to had a remedy for how to get rid of them. The only one that made sense was to throw moth balls into my attic (the theory was that the smell would make them vacate the premises; the reality was that it didn't seem to bother the squirrels but every time my air conditioner kicked on, the smell would run us out of the house).
Ultimately, I had to purchase pellets for my son's Benjamin pellet gun and declared Squirrel War III

see what I can find here...of the "Farm" animals
S

nice farm animals hick , look like someone had there way with the piggy to the right lol.
E 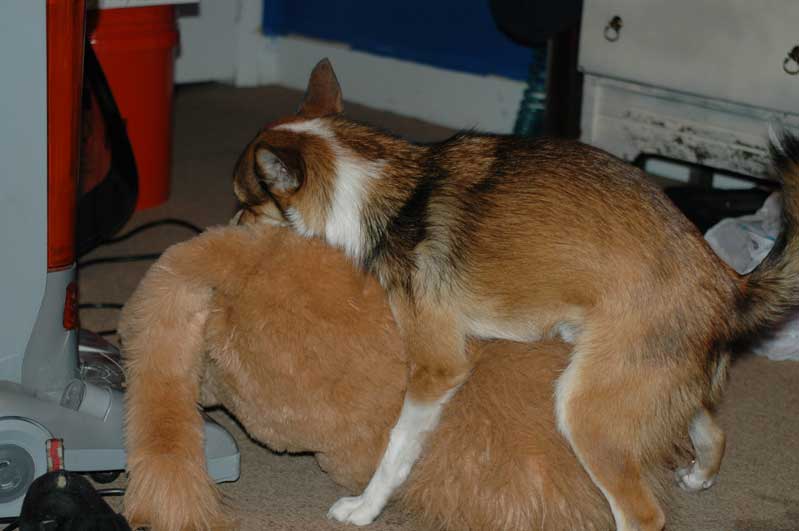 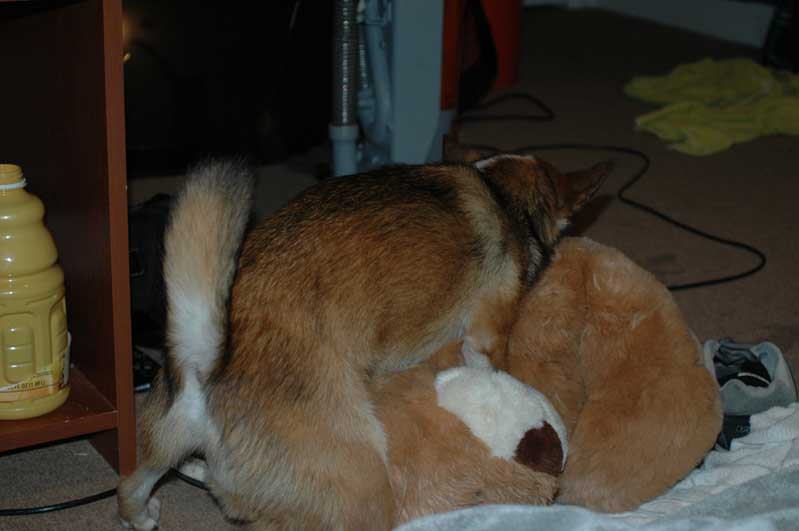 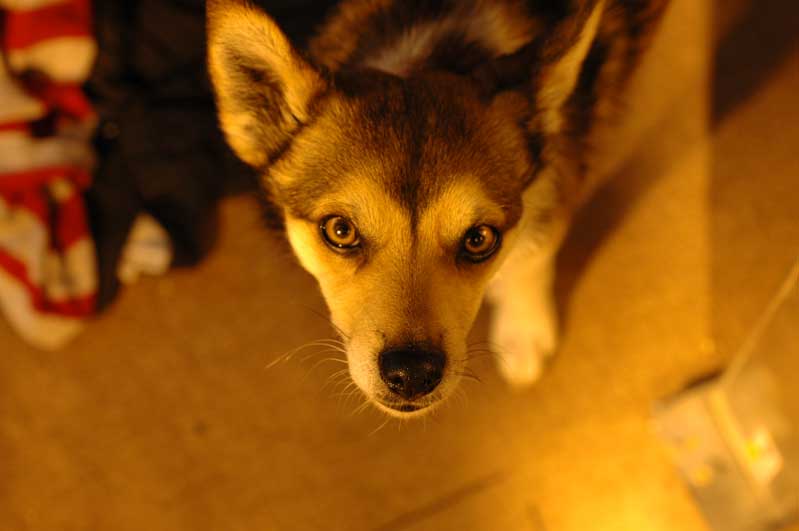 damn Eggman your dog is hittin that shit like a caveman!!!
Lady Kush is that a pit?
Hick love your farm animals.

Yep, Hunny is a pit and Snyper is a pit husky mix.
E

what do i get for guessing right? here is my answer BASENJI. second guess SHIBA INU. now give me my prize!!!
E

hey SB when i replied to it my brother said the same thing.
E

As I was replying, I said the same thing. They can come and help themselves.
E